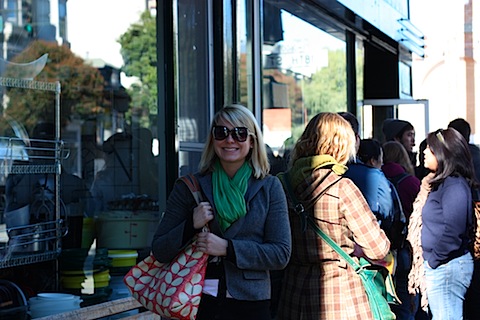 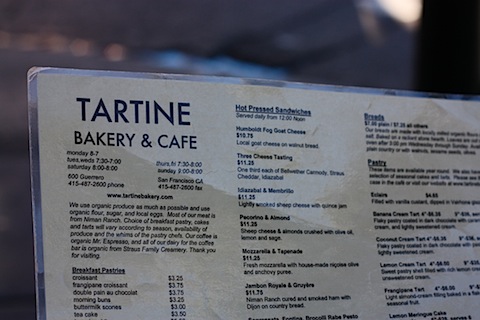 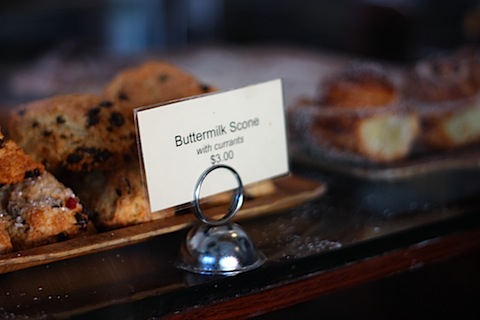 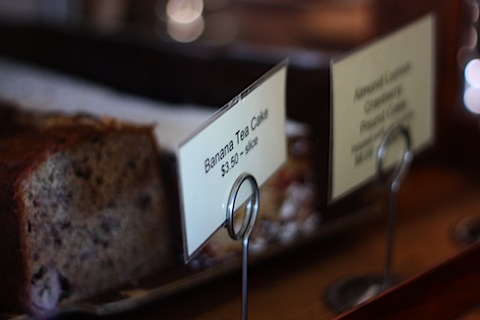 Have I ever mentioned that I’ve wanted to go to Tartine for AT LEAST the past 7 years??! I mean, I have the cookbook at home and have lusted after the gingerbread for at least that long. It’s pretty much every pastry chef’s DREAM to go to Tartine and experience the wonders first hand, and today I finally had my chance! After waiting for about 30 minutes in the longest line ever that went around the whole block, my mom and I finally squeezed into the tiny bakery, that smelled of heaven on earth. I ordered a cappuccino (holy YUM!) and we decided to split the grilled ham and cheese sandwich for lunch. 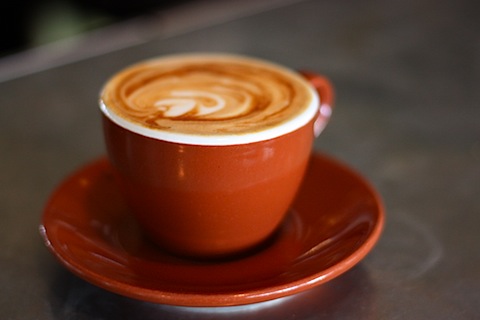 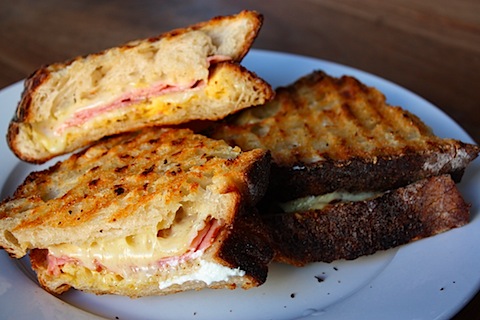 It was probably the largest sandwich I’ve ever seen. Definitely enough to feed THREE people, actually! My mom and I each took one of these sections and saved the third one for my dad because we knew he would be starving coming off his cross country flight 🙂 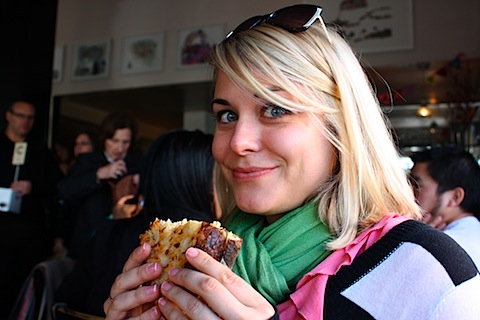 I was so happy. Ever since I went to Paris and ate grilled ham and cheese there I have been on a SEARCH (hunt, actually) for the perfect replication. Well, this was it. This sandwich ALMOST rivaled the one I had in a bistro in Paris. Everything about it was perfection….the cheese, the ham, the spicy mustard and the chewy fresh baked bread. Words can’t even describe. I’m already planning my return next week. Seriously.
After the longest drive ever back from the city (it should take an hour and took three hours because of holiday traffic….I ate half a larabar out of sheer road rage frustration), we finally arrived at the destination of Zin restaurant for dinner! I brought some fabulous Michel Schlumberger merlot for the table— 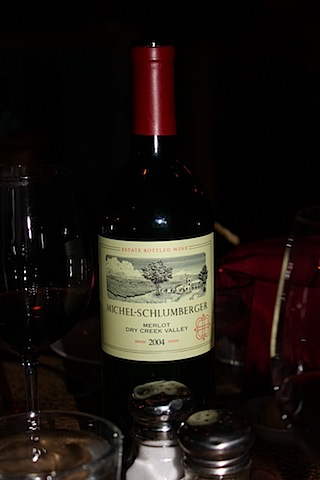 And ordered the blue plate special for dinner, which was chicken and dumplings! 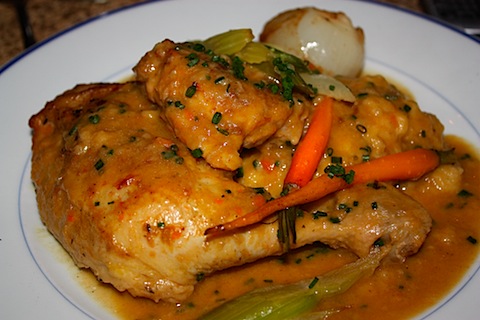 I’ve been trying to get over to Zin on a Wednesday night for months now for these dumplings….being from the South, I’m a HUGE (read: HUGE) chicken and dumplings fan. I’m just going to go out and say it might be in my top 5 favorite dinners category. The best I’ve ever had was at this tiny hole in the wall in Dallas, Texas while in college and my old roommate and I were known to road trip 40 miles away to Cracker Barrel during exams just for chicken and dumplings. Serious business I’m talking about.
And, of course, Chef Jeff’s version did not disappoint. The chicken was perfectly cooked and the dumplings were amazing. I love eating southern food in California! Makes my belly and my mouth smile 🙂
For dessert, we split the oatmeal cookie creme brulee and the pumpkin cheesecake: 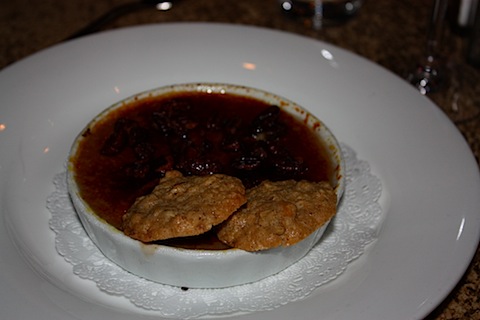 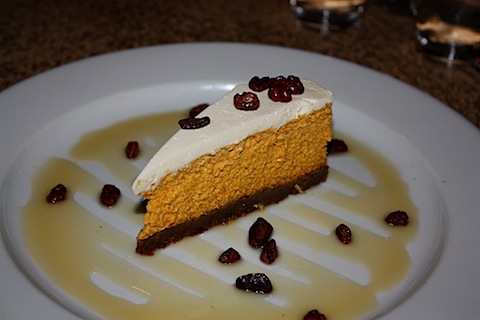 Get me around desserts and I will fight you for the last forkful. These disappeared in five minutes flat.
***
Just dropped my parents off at the winery, where they are staying tonight, and I’m about to wrap some presents and head to bed to read. See you in the mornin’!
December 23, 2009 By jenna
44
Water Works Christmas Eve 2009 Leaving On a Jet Plane