I gave my “guns” (hahaha) a break tonight with a splurge evening :). Ryan found this ancient gift card to Maggianos that was at least two years old so we decided to dust it off tonight and head over there for a classic Italian dinner!

I started the night off with a glass of Chianti (the picture sucked so yall will have to use your imagination). For my dinner, I ordered my absolute FAVORITE: linguine with clams! Remember when I recreated it at home? This was better :). I ordered a half sized portion but it was still definitely big enough to feed two people! Here was my plate: And when I was done with it: Ryan ordered the most massive plate of lasagne that I have ever seen. I had a few bites and it was delicious though (and I really don’t care for lasagne that much) 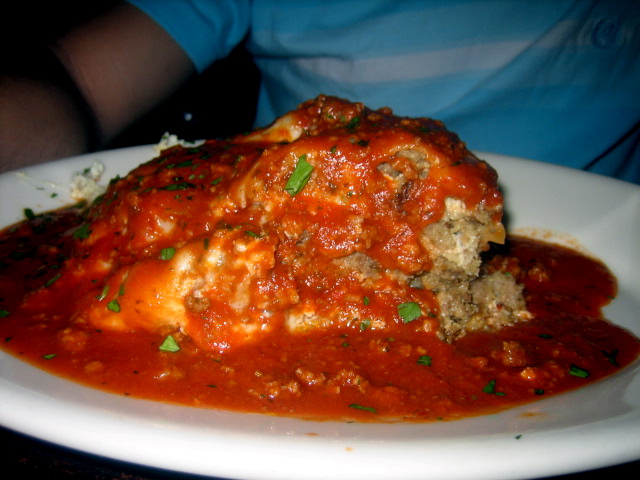 Unfortunately, since my dinner was basically just a huge plate of carbs, I was not very satisfied afterwards. I could have cleaned my plate but had had enough pasta for the night. 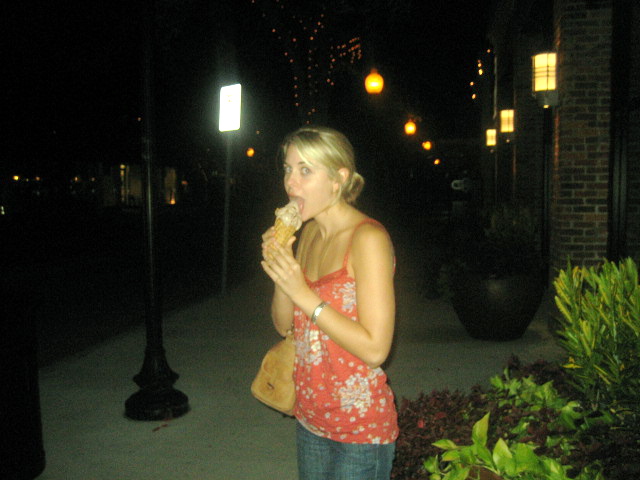 This time I ordered a kiddie cone size instead of a small, which I had last time and was absolutely enormous. A kiddie size was just one scoop and that was large enough. Chocolate almond of course! 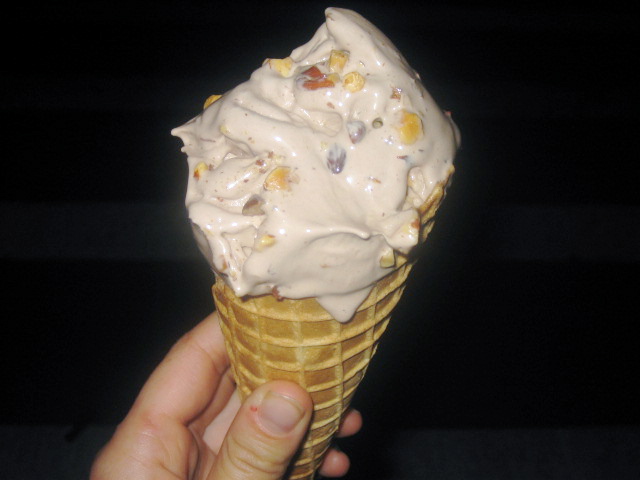 Um yeah. It was absolutely amazing and I enjoyed every single lick but still managed to inhale it in about three minutes. I was like a very very happy five year old!

Ryan and I have been watching the opening ceremonies all afternoon and now we are watching the Olympics live. It’ll probably be an early night and we will be at the gym back at it in the morning! This afternoon I had a fage yogurt with 1/4 cup of peak protein granola (half of one of those little packs). It was the perfect combo of carbs and protein. 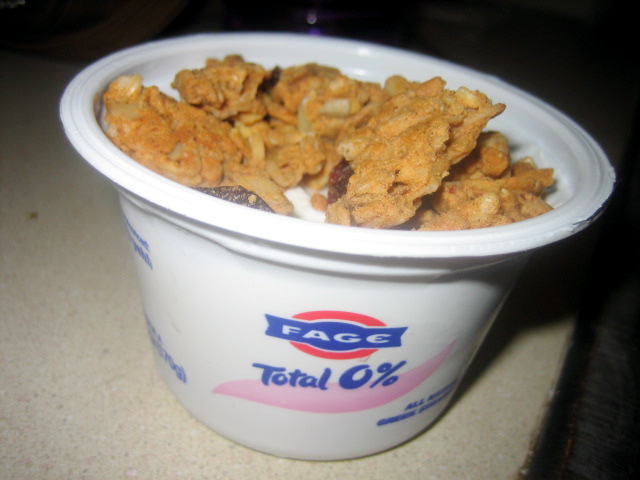 ps–Is it normal that Dexter likes to drink out of  our water glasses more than his own water bowl? August 10, 2008 By jenna
25
Check Those Guns At The Door Please Smooth Operator Back in the Burg