Hope everyone is doing well this morning. I woke up around 7:45 and it was marvelous. For breakfast I had a bowl of cereal with a cup of Nature’s Path Optimum, a few quaker oatmeal squares and a little bit of a sampler mix from MixMyGranola! 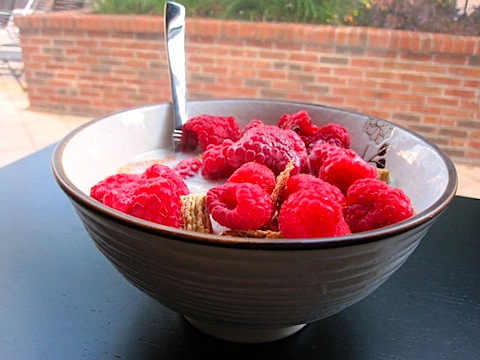 This new mix that they sent me is part of their new “Enhancer” line, featuring caffeine and lucuma to jump start your day. Now normally I don’t consume caffeine on a daily basis, but I have to admit this granola was pretty cool. All you caffeine addicts out there need to jump on the bandwagon because this is a much cooler way to get energy than downing cup after cup of black coffee.

The mix included organic granola, dried cranberries, dried blueberries and roasted almonds with 100 mg of caffeine, which is equivalent to an 8-ounce cup of coffee! Holy coffee!!! I only used two tablespoons of the mix since I was mixing it with another cereal so I probably had about 1/4th a cup of coffee, but combined with the Yerba Mate tea I’m currently drinking I think I’ll be pretty wired!

We are having a perfectly lazy Sunday morning but about to head up to the gym upstairs for a Jillian-inspired shred workout + 1.5 miles on the treadmill.

See you for lunch….I’m feelin’ it might be a Pita Pit kind of day. 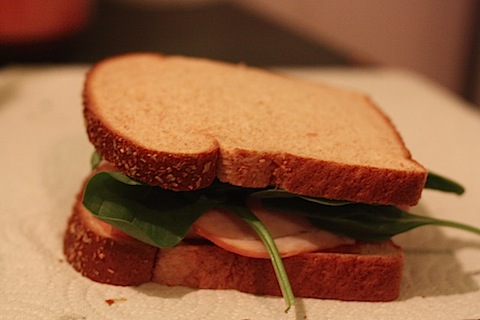