Mikey is seriously the only cat I have ever heard of that likes the bath! Today he climbed right in while Mikan was being shampooed! 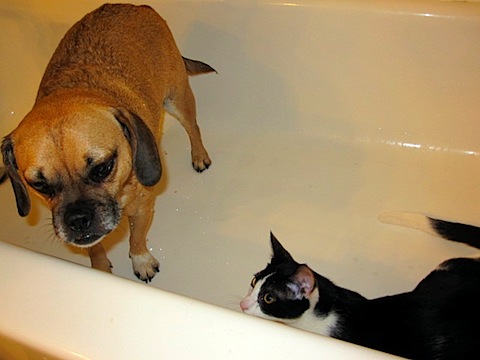 Aren’t cats supposed to hate water?! Strange. My mom and I had a great laugh over this. 🙂
So, this morning I got my act together and ran 2 1/2 miles on the treadmill. For some reason my short runs are SO much harder than my Saturday long runs!!!! Why is that?! I feel like I can go outside and run 5 miles no problem….but then 2 miles kills me. My shins were sore too….bah. 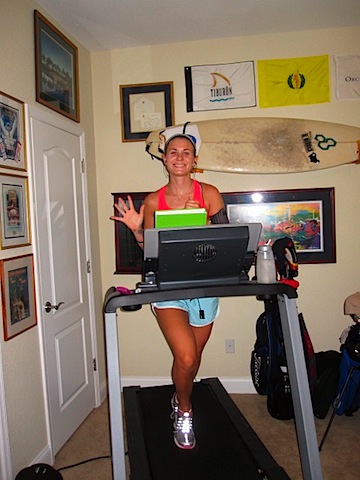 Since I wasn’t meeting Anne until later for lunch I went to town on these amaaaaazing wasabi almonds from the Briden Wilson Farm. 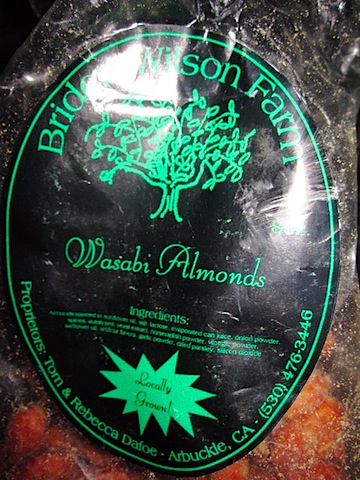 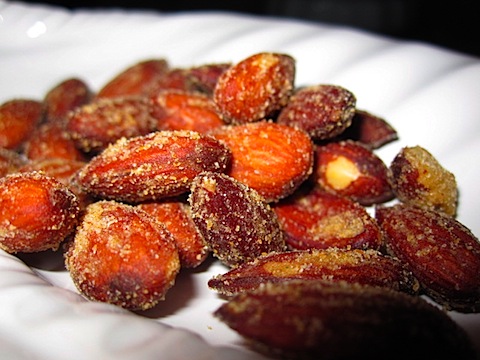 These are dangerous. I feel like I could eat the entire bag!!
At 12:30 I met Anne for some ethnic food lovin’. The other night we discovered we both were madly in love with Lebanese food and were having a hankering for falafel. There’s a cute little restaurant called The Oasis near my house that I had never been to so we planned to go today! In cognito mode with huge sunglasses, obviously. 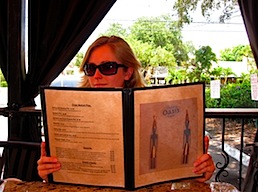 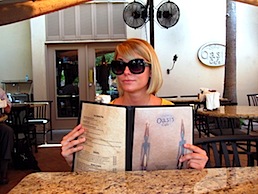 I decided on the “Vegetarian Mix Plate” which consisted of hummus, babaganoush, falafel, stuffed grape leaves and tabbouli. 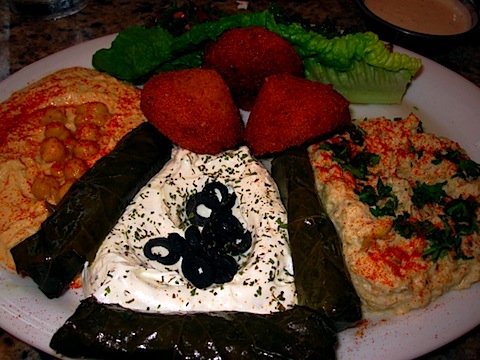 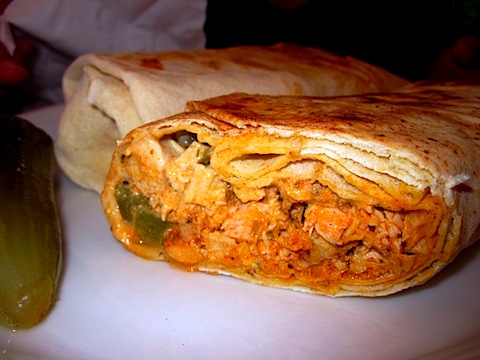 I traded her a falafel ball and a stuffed grape leave for a large bite of her wrap. It was awesome! I love it when you can tell that restaurants make their own hummus in house. Makes all the difference in the world, no?!
I’m off to the store now because I offered to make dinner tonight. Not sure exactly what is on the menu but it will include mushrooms since I have a mushroom recipe deadline in two days! 🙂
Later gators!
cardioExercisefriendslunch outSnack
August 11, 2009 By jenna
63
Back To Life Our Baby Grew Up!