I hope everyone’s Monday has been treating them well. I actually forgot today was Monday…that’s how lost I feel!

Around 4:00 I made a pre-yoga snack even though I really was not hungry…still full from that monster sandwich at lunch I guess! I knew I would never make it through yoga and until a late dinner though if I didn’t make something and sipping on a smoothie sounded like the best option. 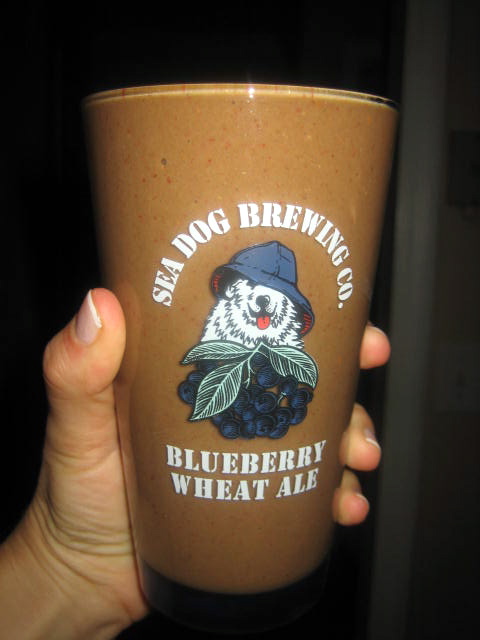 So, this was definitely the ugliest combination I have EVER made (it looked like dirt!) but it tasted fantastic and was just the thing I needed to get me through. I have to train myself sort of to eat dinner later now because Ryan doesn’t get home from work until 8 or 8:30 and I don’t want to eat by myself every night. I figure I can go to a gym class or yoga class until 6:30 most nights and then start cooking after that so we can eat when he gets home. Unfortunately he commutes every day so there’s no hope of him being home at 6:00 ever.

My yoga class tonight was exactly what I needed and was my strongest practice since the accident. My favorite instructor was teaching it and I just love my studio. I’m actually a member of two yoga studios because I like to do Bikram at one and then power flow classes at the other. Tonight’s class was a flow and the stretches were so deep that my hamstrings really were talkin’ to me but it was a good type of hurt. Chay, my teacher, always infuses lavender essence during shivasana and its just so calming.

After my practice, Ryan was still at Sear’s Outlet looking at stoves (think we found a real deal!!!) so I headed over to my parent’s house to have a glass of red wine and chat. A WONDERFUL package from VeggieGirl arrived (thank you, thank you, THANK YOU!!!) so I immediately broke into the raw rosemary quakers and hummus for an appetizer with my wine since I was getting pretty hungry and knew dinner wouldn’t be for at least another hour or so—- 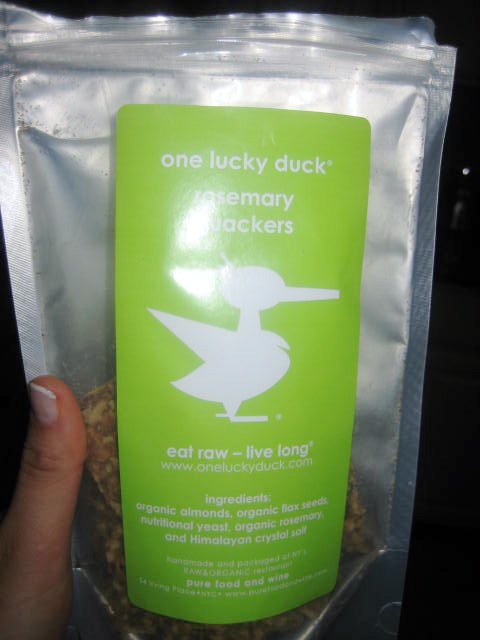 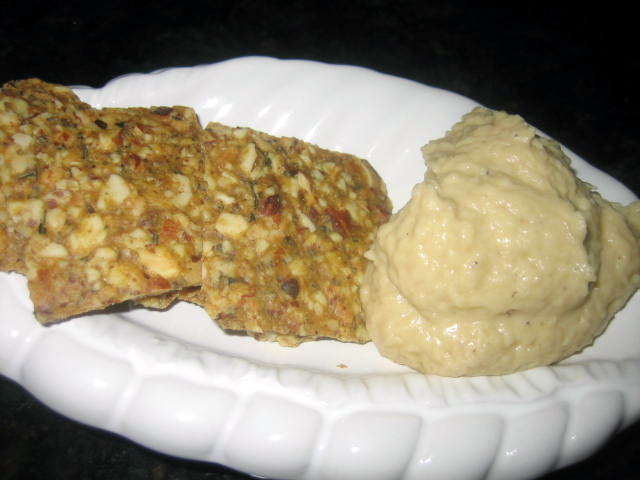 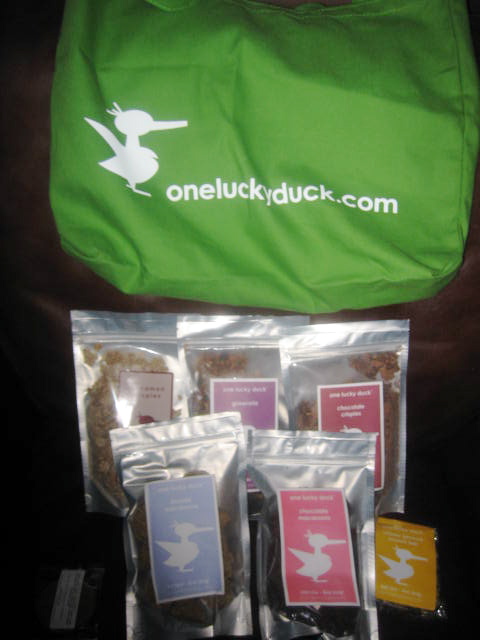 This package brought a huge grin to my face….all my favorites! And more macaroons!! I froze these so I could keep ’em for a long, long time whenever the craving strikes. And I can’t wait to try the “crispies” and “grawnola”! I seriously have the best friends a girl could ever ask for and I’m so blessed.

After visiting my parents, I headed back “home” (that feels weird to type!) to the condo. For dinner, Ryan grilled the fish he caught at the fishing tournament over the weekend and I prepared it in the typical fish taco way.

Here’s all the ingredients (minus the fish, which R was grilling)— 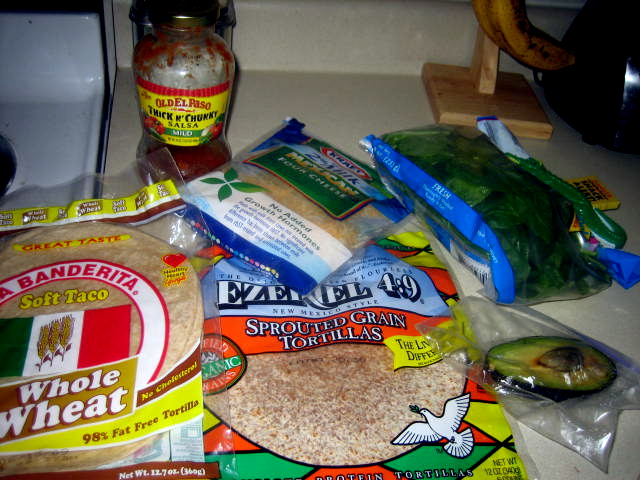 Me, putting it all together— 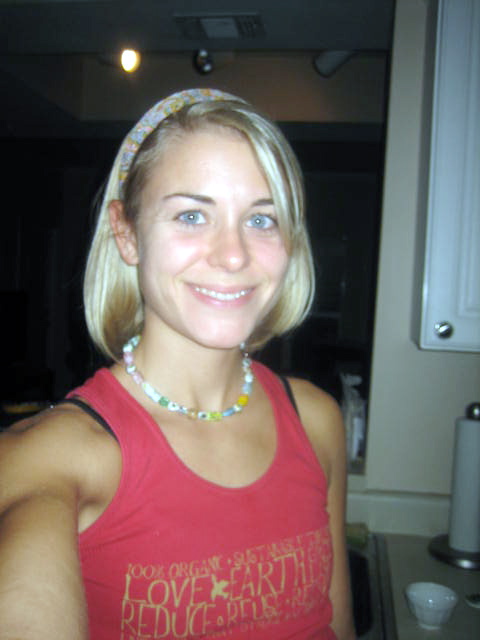 We actually have been tenderizing the fish in coconut milk for the past two days before grilling it with mojo sauce, sea salt and pepper so it was really, really yummy. I wrapped my fish up in an Ezekiel tortilla with steamed zucchini, salsa, hot sauce, a tiny bit of cheese and about a fourth of a ripe avocado. 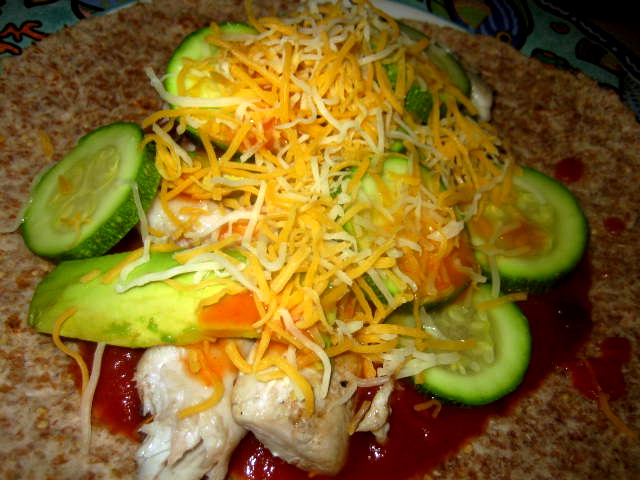 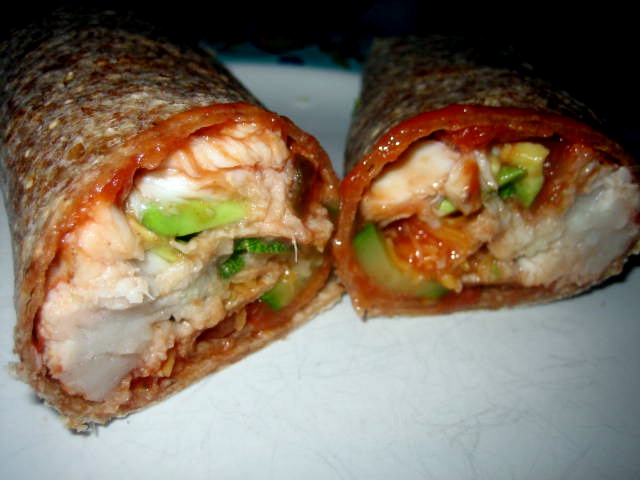 It was SO GOOD. Probably the best homemade fish taco I’ve ever had. Even though we ate late and I was super full, I had to end my day with some organic dark chocolate 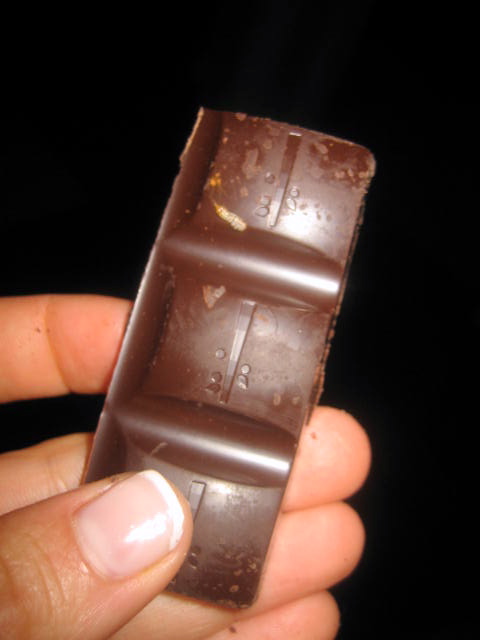 I’m off to clean the kitchen, write for awhile and head to bed. See you in the morning!

Good to be Blond 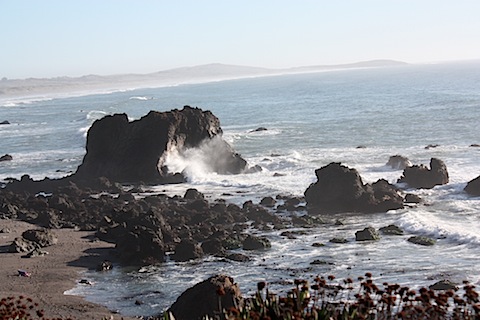