Thanks everyone for the great arm advice! I’ll now put in my 2-cents ;). MY favorite arm exercise are just full on manly push-ups. When you do them right, they tone every part of your arm and chest and I’m usually sore the next day. It’s hard for me to make myself do them though because as great as they are, I really don’t like to do them (because they’re hard!). But…after I do I always feel a sense of accomplishment. Oh, and chatarungas help loads as well. I could never do the full version until I started doing push-ups and building some muscle in my arms. Those babies take a ton of strength!!

I finished “Trail of Crumbs” today. A-MAZING!!! One of the best books I’ve read all year, maybe even the best! I just couldn’t put it down….all the descriptions of the food made my mouth water and I got so into the narrator’s love triangles and inner conflicts. I can’t recommend it enough. One of the women I work with just finished this book today and gave it to me. I’ve been wanting to read this for awhile but they were always out at the library and I just never bought it for some reason. For dinner tonight I made the most amazing Annie’s combo yet I think. A reader awhile ago suggested I add some tuna to the mac & cheese to boost the protein and make it more like a yummy tuna casserole. I have to admit, I was very skeptical because I just couldn’t imagine hot, cheesy tuna. My mom never made tuna casserole when I was growing up and I never thought to try it before. But….I decided to take the chance anyways so tonight I made my mac & cheese and added 6 oz of tuna to it as well as about 3/4 cup of peas. And, well, it was amazing. SOOOO good and definitely enough protein to keep me going tonight. I ate half the box and saved the other half for tomorrow at some point.  I don’t think I could eat Annie’s plain anymore—it’s just so easy to dress up! 🙂 I also had  simple spinach salad with balsamic vinegar. Lots of green going around tonight! I had two more dates for dessert but popped them into my mouth before the camera came out….hehe

For a snack later I’m bringing this bar that’s been in my purse for months and months. I’ve never tried this bar before but the ingredients seem pretty good and it looks to be filling. Has anyone tried these? My roommate came back today with the puppy! It’s a German shepherd mix and is 12 weeks old. Him and Dexter were having a field day running around our shoe box sized apartment! Once they got used to each other they were fine but there was definitely a moment of “who’s boss around here?”! This will be very interesting…. 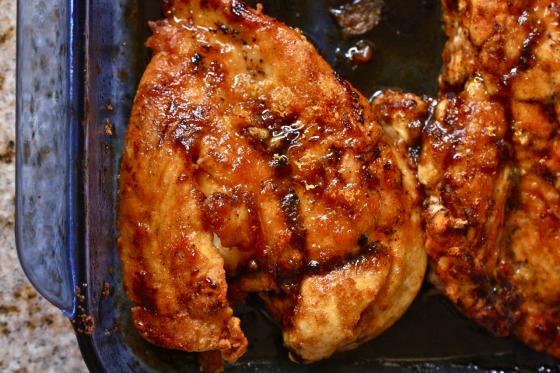