I hope everyone is doing okay today….sorry I couldn’t post last night! I was actually in the middle of it but then the guys whisked me off for a late night adventure to Bodega Bay, on the coast. When I get the photos from Adam I will post them because it was really mind blowing and my tiny broken point and shoot couldn’t do it a bit of justice. Luckily, I was with two pro photographers! The Pacific was (trying to think of a word to describe this….) raw. So different than my gentle Gulf of Mexico and I can’t even believe that only a little over a month ago I was surfing in the Atlantic! You couldn’t PAY me to even stick my big toe into the freezing Pacific but it was lovely to look at. Lots of huge cliffs and rocks and big wild waves. Going and seeing things like that is the reason I moved to California and, yes, I’m still totally pinching myself. I can’t believe I live here.

We didn’t get back until almost 1am and I totally crashed in the car on the way home. So tired!

But anyways, to back up a bit, let’s go back to yesterday: I’ll be the first to admit, my food was SO random. Okay. Before I explain myself you need a little background information. First of all, these guys are obsessed with BACON. Their freezer is full of it and they make these things called “bacon explosions” (don’t ask…Rocky, would you like to add anything here?!). So yesterday morning, naturally, Rocky was cooking bacon and then fried up some potstickers in the grease. I knew I needed to eat something before going to work but my options were limited so I was chowing down on a whole wheat tortilla with raw almond butter but….the smell………it was good. So, I had half of this almond butter wrap and three bacon greasy potstickers. And it was delicious. Enough said. Be grossed out if you want but it’s every man for himself (herself!) over here and sometimes we have to embrace the grease.

Don’t worry about that taste of Sauvignon Blanc in the background of the photo. It’s our job! 😉

As for pouring at The Harvest Fair—it was fun! Fun, but exhausting. I think I described every detail of our 05 Cab and Pinot Blanc to about 1,000 people and by the end of the day I couldn’t even form sentences. I did snack on an unpictured Amazing Grass protein bar while I worked! While I worked on Saturday, Adam………bought a new big screen plasma tv so he could watch college football. I walked in the door and heard the joyful familiar sound of football blasting and Adam…yelling. Poor Aggies. College football makes me miss the South big time! 🙁

The three of us headed to the store to find dinner ingredients and Rocky made some delicious BBQ ribs, kale and sweet potatoes. And then around 10:00 we headed out to the Coast! We’re just a little family over here, clearly. 😉 Apparently we were all thinner then. Who would have thought back in July we all would move to California and be best friends??! Oh, Murphy-Goode.

This morning I had a bowl of oatmeal (made with almond milk, banana and almond butter) and some instant coffee! So today, as most know, I am flying to NYC! I can’t believe I just got here and I’m about to jet BACK across the country……I was finally *almost* on west coast time!!!

However, I have a super important secret meeting tomorrow morning in Manhattan that I must attend. My flight leaves San Francisco today at 2pm and I get into the City around 10:30. Staying the night in the City, going to my meeting in the morning, then flying back to San Francisco tomorrow night. My crazy, crazy life.

While I’m gone, Adam will be transferring the blog once and for all from his server to DreamHost because, unfortunately (fortunately?), the blog has just gotten too large and needs a more powerful server. That being said, there MAY be a bit of downtown tonight. Don’t freak out. ELR will return! I’ll blog if I can when I get into New York tonight and I’ll be tweeting, so follow me there 🙂

Wheeewwwwwwww Here I gooooooooo! Back to the East Coast! 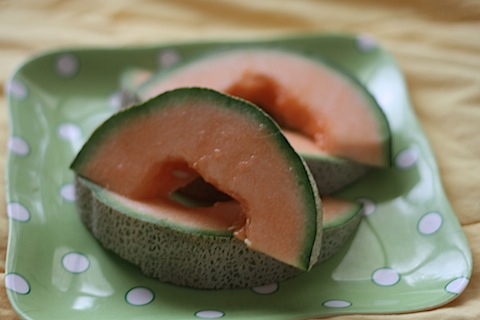