I made one of my favorite meals ever on my birthday-eve 😉 —- Heidi Swanson’s Lemon Scented Quinoa Salad. I am out of quinoa though, so I used bulgur and I think I even like it better this way!! I LOVE this salad. It incorporates my favorite things: plump chickpeas (I used dried and soaked/cooked them), crisp red onion, tahini, garlic and lemon. Perfect for summer. Perfect for anytime!  Instead of the cilantro Heidi calls for, I used fresh parsley from my Italian parsley plant I have going on my balcony.  The dressing is the best part of this health packed salad bowl. I crave it at odd hours…its that good. I found myself licking the spoon multiple times tonight. I halved this recipe to make two servings so I could store one in the fridge for a meal later this week. I had a hard time only using half of this yummy dressing though! I found myself craving something sweet after I ate so I had a cup of cherries. 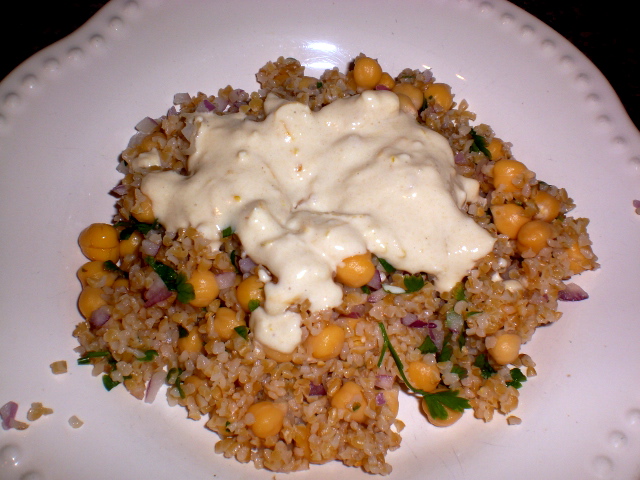 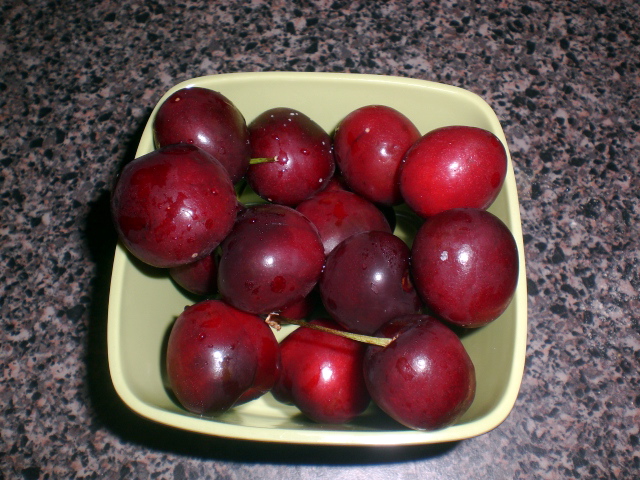 It is storming beyond belief outside and I’m not looking forward to my commute to school.  Tonight we are building our croquembuche—I’ll be snapping tons of photos, don’t worry! I’m bringing a z-bar for snack later but know that I’ll also be snacking on the addicting nougatine we will be making tonight—basically almond brittle. Drool.