Dinner tonight revolved around this: 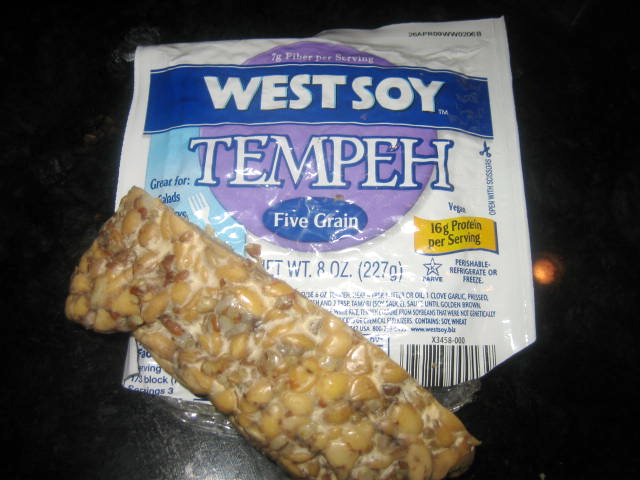 Except the big plans I had for it rather failed due to lack of fresh produce and cornstarch. 🙁 Hate it when that happens! I had originally planned to make the Broccoli, Cashew Teriyaki Tofu Stir Fry out of Eat, Drink and Be Vegan (I’ve made it once before, see here) and sub tempeh for tofu. I had everything ready and had even started to make the teriyaki sauce before realizing that we didn’t have any cornstarch….the key element that thickens the sauce! Then, I checked again, and we were out of broccoli!!!! .Alas, I did not give up hope and instead made the way too runny sauce into a thin (yet flavorful!) dipping sauce for crispy tempeh.

I used about 1/3 block of tempeh, cut it up into small pieces and marinated it for 30 minutes in a mixture of rice wine vinegar and tamari 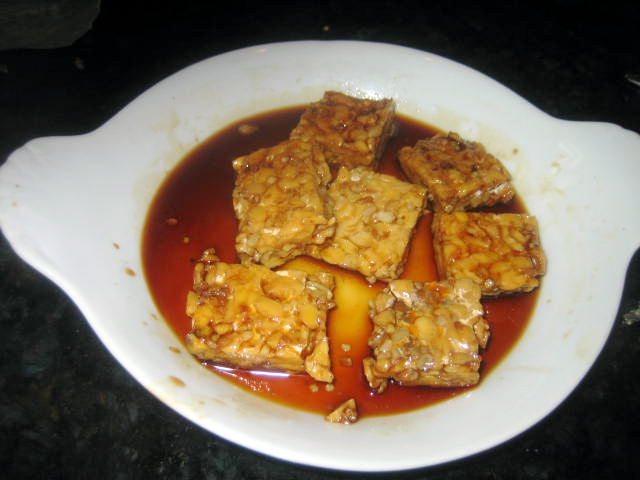 And then I heated up a little bit of coconut oil in a skillet over medium high heat and cooked the tempeh for only about a minute on each side, until golden and crispy. This is a great way to prepare tempeh because it helps to cut down on the tempeh’s natural bitterness and gives it a little flavor and crust. 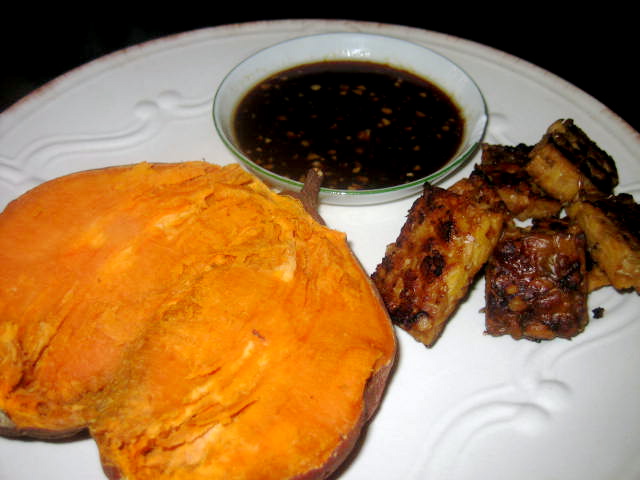 I served the little tempeh bites with the dipping sauce (a yummy combo of minced garlic, tamari, toasted sesame oil, ginger and water) and had a large baked garnet yam on the side 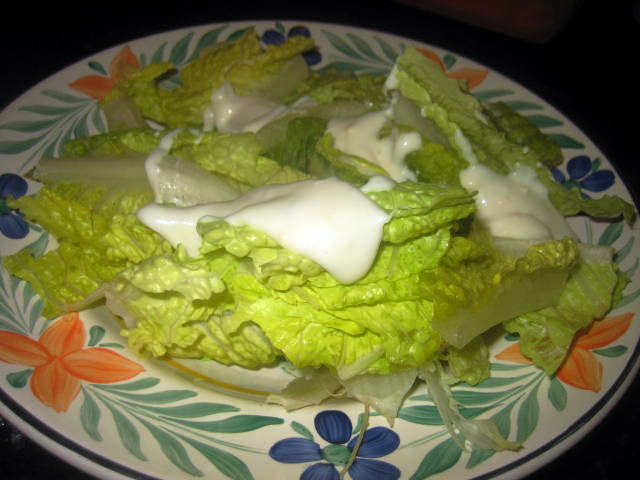 I’m going to get cornstarch and broccoli for real so I can actually prepare the dish the way it is meant to be, but this was a not-so-bad alternative!

As for dessert………..hot brownie sundae anyone? 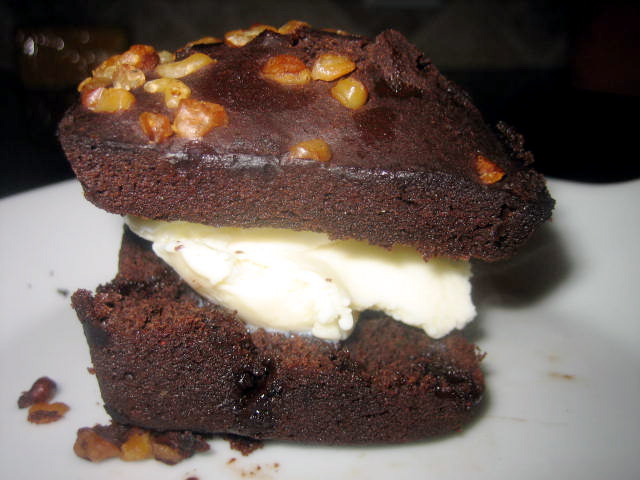 A warm VitaBrownie sandwiched with a big spoonful of light vanilla frozen yogurt (I also had a few more spoonfuls straight out of the carton). Reminded me of the trashy, yet oh-so-good, hot fudge brownie sundaes from McDonalds when I was in high school.

My run this afternoon was so-so. In total, I did 2.62 miles but something happened right at the halfway point that has never happened to me before! I got a cramp! It felt like someone just socked me in the stomach and I had to stop, stretch and walk it off. I think I exercised a little too quickly after downing my large pita at lunch! When I got home I downed a glass of coconut water, which I CRAVE now. Seriously, I was thinking about coconut water all during my run. I am almost out and need to get some more asap!

Shin status: Meh. Sore but runnable. When I got home I immediately stretched, iced, stretched again then took a bath.

Time: 28 minutes. I should have cut my time right when I got the cramp and had to stop, breath, stretch and walk but I kept it going. I wasn’t really going for time today but I think that little detour definitely caused me to lose a solid 6 minutes.

Notes: RUNNING IN THE GRASS IS ABOUT 10X HARDER THAN RUNNING ON THE SIDEWALK!!!!!!!

It’s funny…I was thinking about this while running today—-my shin splints SUCK and I really don’t even like training runs all that much, but there’s just something about crossing that finish line at a race that make it all worth it. That feeling you get right as you cross it and you know you are done and you know you gave it your all.

froyosaladtempehVitaBrownieyams
March 4, 2009 By jenna
35
And The Winner Is..... Grrrrr 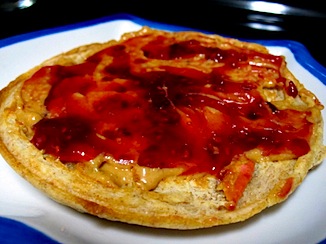