We spent the last part of our European honeymoon way up high in the Swiss alps, in a tiny ski town called Murren, obviously recommended by my bestie, Rick Steves. I think I mentioned this in my last honeymoon recap post, but we pretty much planned our entire trip based on Rick Steves recommendations. I highly recommend all his books {and no, he’s not really my bestie…just in my head}, especially the Switzerland one if you’re thinking of planning a trip. By the end of the two weeks we spent in Europe, we pretty much had that book memorized!

This was the part of the trip that I really had no control over. Paris and the Riviera were “my thing” — my dream honeymoon spots. Adam, however, really wanted to go to the Alps. And who could blame him? He did tons of research for this part of our trip and decided on the town of Murren in the Berner Oberland. I read that Switzerland is approximately the size of the South Carolina, which might put things in perspective to you. The Berner Oberland is sort of west-central Switzerland. It took practically an entire day of travel for us to get from Montreux, on Lake Geneva, up to Murren and we traveled via trains and cable cars. If you’re thinking it sounds super remote, you’re absolutely right! After lots of research, Adam picked Murren for us to visit because, well, Rick told us to but also because it had that super remote feeling but also had some nice hotels. Nice hotels are key on a honeymoon. 😉

We stayed at Hotel Eiger, which, without a doubt, was the best hotel I have ever stayed at. Oh my gosh, you guys…it was so amazing. Just thinking back at our time there makes me swoon and want to go back. The hotel is run by the sweetest Swiss family and is top of line luxurious but also had that “rustic Alps” feeling.

Here’s the view from our balcony: Yep, you literally feel like you are right IN the mountains. Absolutely amazing. We had a standard {but totally lovely!} room for the first night of our stay and then I happened to casually mention the next morning that it was our honeymoon and were their any suites available for upgrade? They generously upgraded us to a “room” that was larger than our house, brought us a bottle of complimentary champagne and the most delicious cheese crispies ever. It’s all about the cheese crispies in Switzerland. What was even better than the room though was the phenomenal breakfast buffet. I don’t know why I didn’t take photos of the buffet {actually I do – I was too busy stuffing my face} but it blew me away. They had everything…and I mean everything…you could ever want for breakfast including caviar, champagne and the most delicious bircher muesli I’ve ever tasted. And guys? I tried to get that bircher muesli recipe for you but apparently it’s a family secret. I tried…really, I did.

Adam and I kept up our Swiss ice cream tradition and ordered sundaes every night. And champagne for me! We had two full days of Murren. On the first morning we were there, the sun was shining and there wasn’t a cloud in the sky so we ate a {huge} breakfast downstairs and then hit the hiking trails during the day, despite me forgetting to pack hiking clothes and shoes. I did okay in cargo pants and Toms though! Despite the snowy mountains, the temperatures were in the upper 70’s and we hiked from Murren to the town of Gimmelwald, which apparently is Rick Steves’ favorite place in Switzerland, which meant we obviously had to go. I got a huge kick out of drinking the fresh Alpine water straight out of the trough that both cows and humans share. Totally normal. It was, hands down, the very best tasting water I have ever had. We happily filled our bottles up for the hike home! Isn’t this little guy cute? His name was Fritz. I thought he and Dexter would be good friends! Also, Bessie. I name every donkey I find Bessie and I don’t know why. Also, look what I found next to the hostel in Gimmelwald! Adam freaked out. No kidding, I think that was one of his favorite moments of the whole trip…finding that Aggie garden gnome. While in Murren, we ate mainly at the hotel since it was so amazing. I had steak that was to die for one evening! Everything is just so pretty in Switzerland, down to the flower-shaped carrot they garnish your dinner with. The next day it was cloudy and cold so we hung out around the indoor pool and sauna all day. It was blissful…absolutely blissful.

We left early in the morning for Zurich, explored the city {which we LOVED and wished we planned more time there!} and then headed back to San Francisco the next day. When we originally started planning this trip, I was a little worried we were taking on too much with all the cities, planes, trains, rental cars, cable cars…….BUT it ended up being perfect for us. I can say without a doubt that we soaked up every moment, took a total break from the computer {which was huge for us since both our jobs rely heavily on the internet}, ate whatever we wanted whenever we wanted {dessert twice a day!} and didn’t exercise at all unless you count walking miles every day exercise, which I clearly do.

The trip was so “us” in many ways. Adam and I love traveling and love traveling together, which is huge and important if travel is a passion. We found out early in days of dating that we traveled well together and that was a big deal for us. I don’t think you ever truly know a person until you travel with them.  I’m the daughter of two former flight attendants and was always taught “never to let the classroom get in the way of my eduction”. I love immersing myself in a new culture and soaking up all I can. Obviously one day when we have kids we won’t be able to travel as much as we do now, but I hope to raise our children with the same appreciation for other ways of life that my parents raised me with….and never letting the classroom get in the way of their education. I carried about ten pounds of Swiss chocolate in my lap the whole flight home and we are slowly making our way through the Cailler gift boxes. I have to say, as sweet as our honeymoon was, real life with my husband is so much sweeter. I’m sure it won’t always be easy or feel like newlywed bliss, but so far I think marriage is pretty great. Especially when you marry your best friend. I highly recommend it. 😉

I promise my next post will be wedding photos! I was waiting on the DVD of photos from my photographer and should have them this week so I can make that post. Thanks for being so patient, friends! 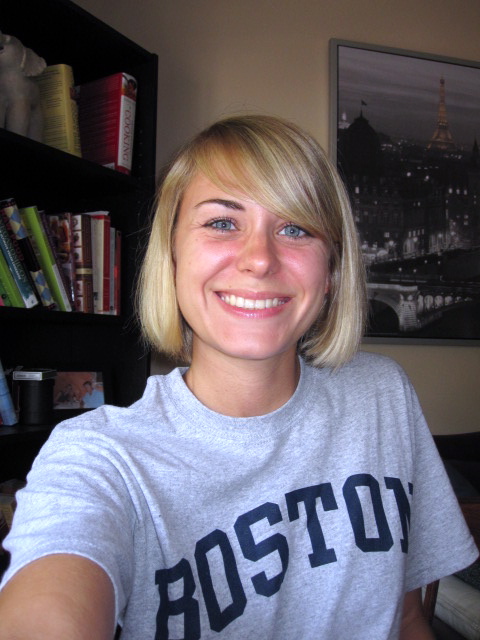