So, slight change of plans for lunch. My friend from class was having car trouble and was stuck in Orlando and couldn’t make it :(. But once I start thinking about certain food and restaurants, I just have to have it—so I went by myself! They have wireless in the restaurant so I sat and got caught up on some emails while I ate. For lunch I decided on the same sandwich I had last time I went to the restaurant—Sabrina’s Favorite. Oh man, is it ever good! I always order the half portion and it is way more than enough. It’s raw onion bread filled with raw hummus, cashew cheeze, sprouts, romaine and avocado. I seriously crave this sandwich, its soo tasty. I also had a ginger green tea to sip on. 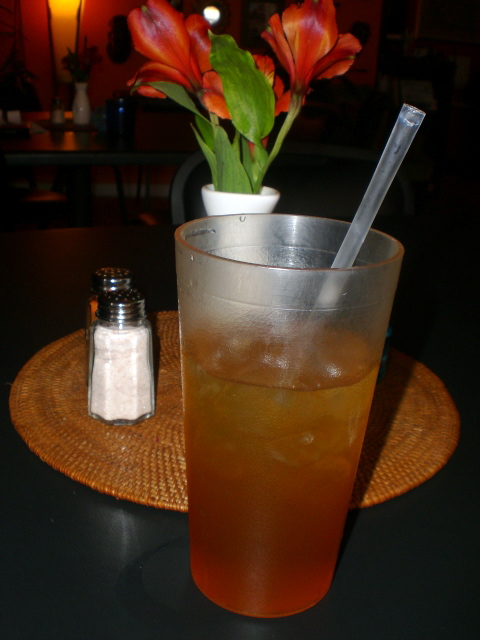 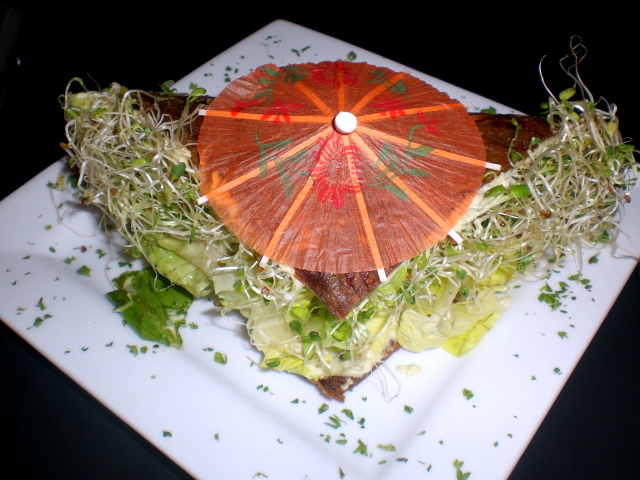 My mom surprised me by an early birthday present this afternoon—an Anthro gift card!!!!!!!! I bought a new outfit with it—jean capris and a cute green tank top. Pictures later 😉

It’s only 4:15 here but I’m already sipping on a homemade cosmo and watching horse stuff on tv. Should be a fun and interesting night with the fam!  Time for Big Brown to run!!!

(Dexter rode alongside me in the car this morning. This will not happen again. He’s just a little too curious! He actually chewed right through the other carrying case I had for him though!!!) 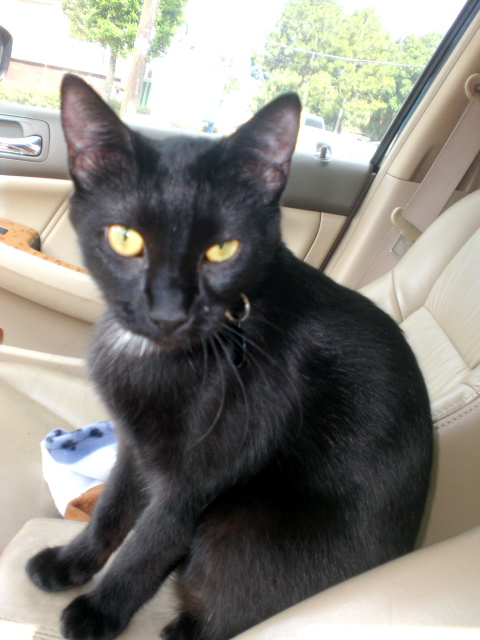