Tonight I had a date with the wonderful (and very pregnant!) BethT. 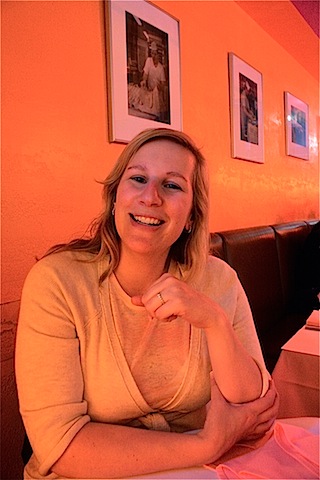 I was itchin’ to get out of Santa Rosa for the night and we decided to hit up a neighborhood French bistro, ChouChou, for dinner. 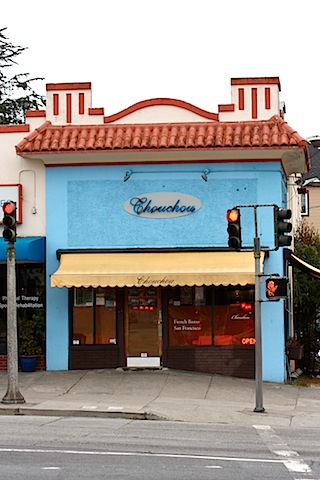 How adorable is this place?! It was actually right around the corner from Beth and Corey’s apartment so we braved the cold rain and fog (it was cold enough to see our breathes–crazy!) and walked it. I swear, I would never work out if I lived in San Francisco—just walking the hilly and windy roads is better than any stairmaster I know.
I loved the quaint and intimate feeling of this bistro. It long and narrow, just like the bistros in Paris, and was decorated with vintage French posters. 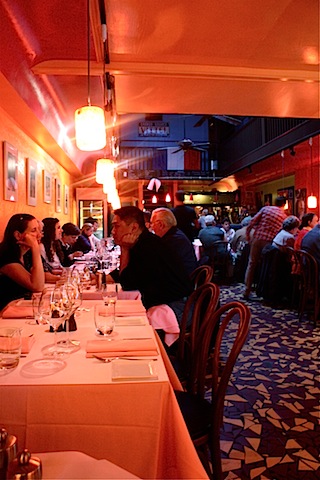 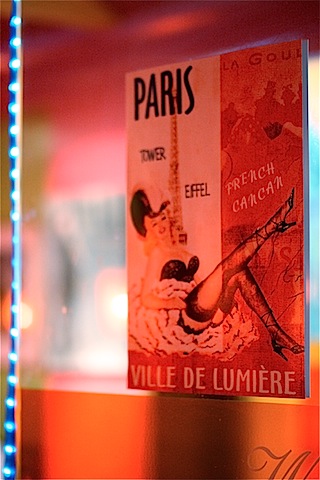 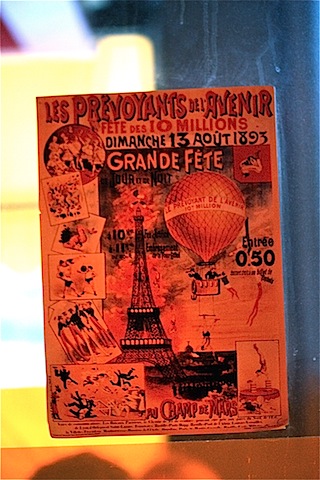 We took the only table left, which was right next to the door, and immediately ordered. You get a pregnant woman together with a starving food blogger and it’s a combination never to be reckoned with! 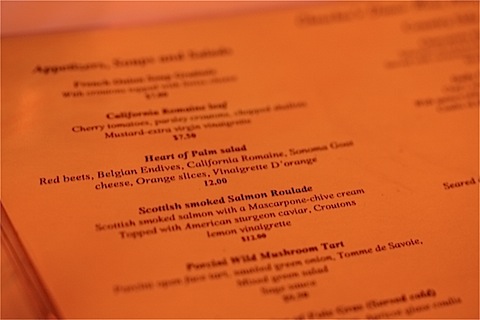 I ordered my very favorite thing to start, a bowl of the French onion soup. 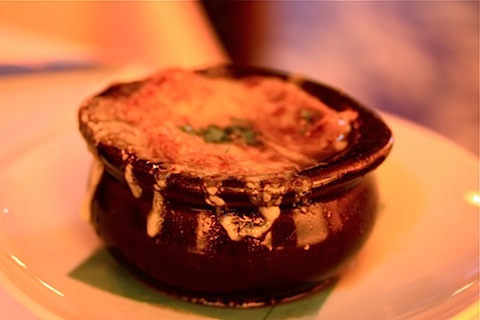 If you know me at all, you know how much I love French onion soup. I more than love it, actually; I’m completely obsessed with it. While living in France, I went on a complete French onion binge and ordered it at every restaurant that I went to. I was on an endless quest to find the very best in all of Paris and I was victorious in the end (and five pounds heavier). If you care to know, the best I found was at a restaurant called “La Caveau de L’isle”, which is on Ile Saint-Louis.
The French onion soup from ChouChou though tonight was great, too! It wasn’t one of those soups where all you could detect was beef broth; it had a lot of flavor complexity to it and you could really taste the caramelized onions, the wine and the rich stock used. Yum.
I also ordered the wild mushroom tart, which was on the appetizer menu. 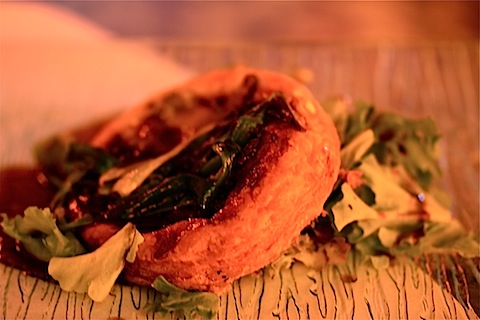 Another winner! This was a flaky puff pastry topped with a layer of delicious cheese and then a thick layer of smoky mushrooms. It had a really rich and earthy taste to it, and the small portion size was perfect.
After we ate we inspected the dessert menu but nothing was calling out to us… 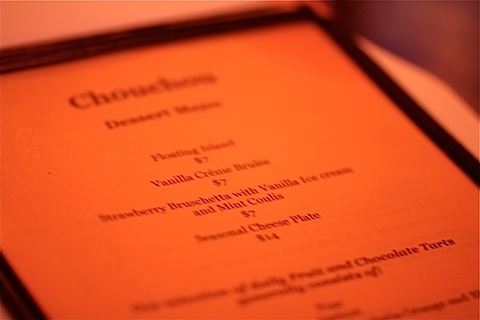 It all seemed a little “meh” to me. When I order dessert at a restaurant I want something that I wouldn’t normally make for myself at home. For some reason “Strawberry Bruschetta” just sounded gross to me. I mean I’m sure it was good, but in my mind I’m thinking of a strawberry topped crouton and that just doesn’t sound very appetizing. Beth said that this place is known for their tarts (they had a bunch of different varieties), but we both weren’t in the tart mood.
So instead, I drove home and had some tea. Sometimes all you need is a good cup of tea anyways.
restaurant reviews
August 7, 2010 By jenna
25
Summer in Sonoma Sunday Morning 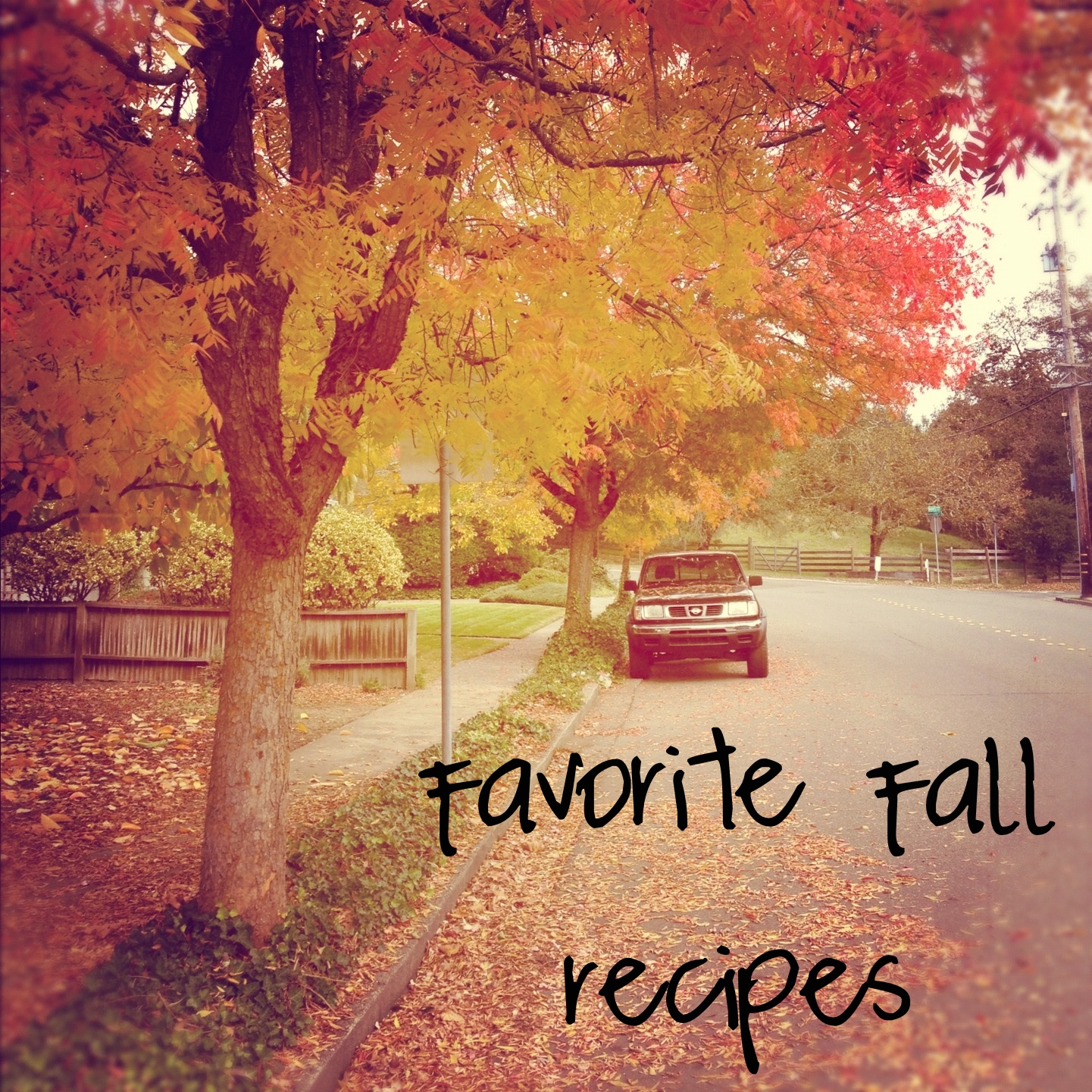 Favorite Fall Recipes For Every Occasion 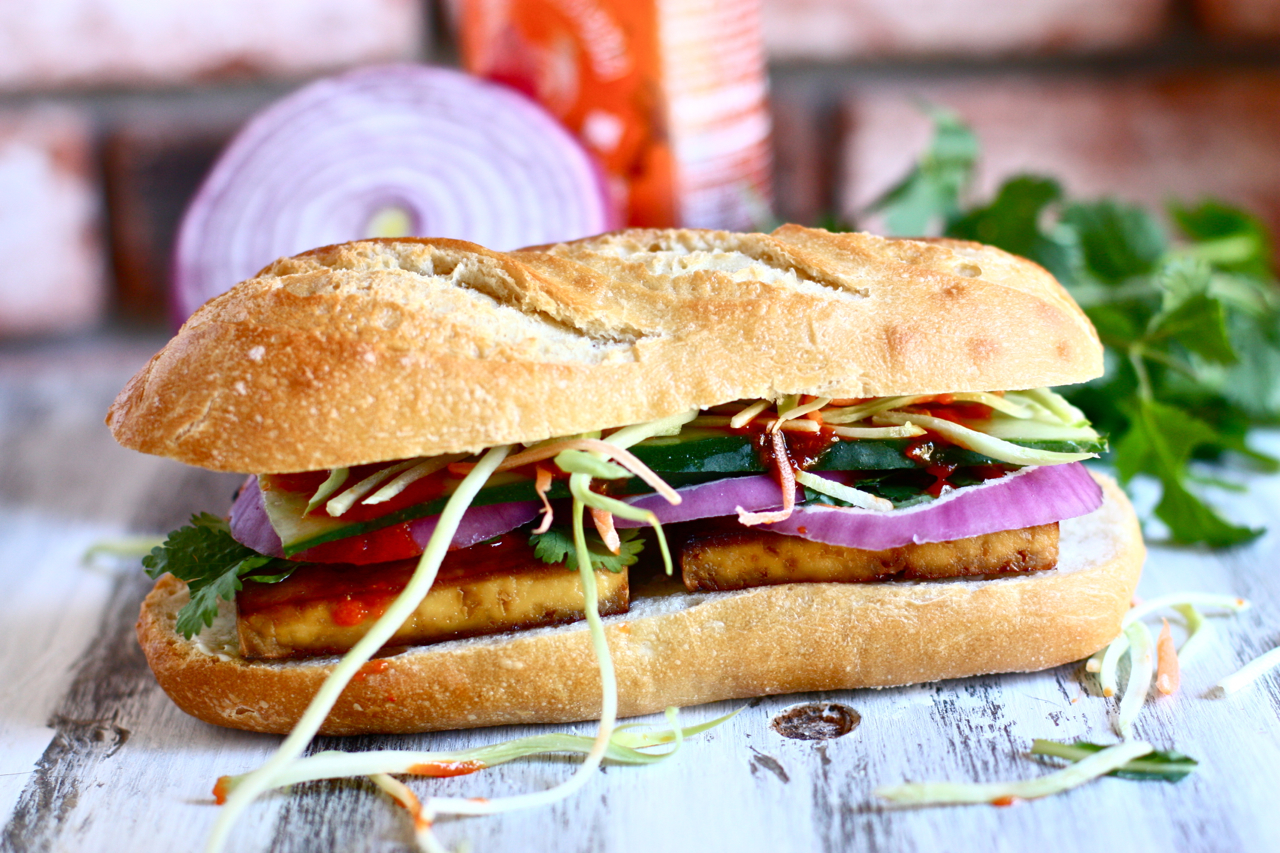 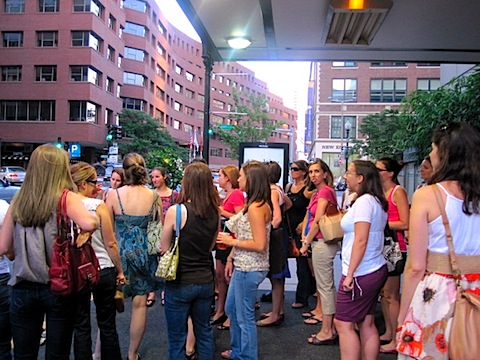 The City By Foot