Tonight I did not in any way, shape or form feel like cooking. This is very rare for me because usually I love to cook just about anything. Tonight, however, nothing was seeming good to me at all. I had planned to make Tosca’s turkey meatballs with marina sauce and make her sweet potato risotto as well, and as good as that may sound, the thought of it was gagging me (I’m so weird)!

My whole “bleh” feeling started after the gym. I laid down for about 45 minutes, ate a snack and went to the gym to do biceps, back and chest. I probably stayed only about 20-25 minutes and here’s what I did:

2 minutes running on treadmill to warm up

Supersets of cross chest dumbbell curl (with 15 lbs) with single-arm dumbbell row (with 15 lbs). I did three sets of each exercise with about 10 seconds rest in between sets and 2 minutes rest at the end of the superset.

It ended up being a rather short workout because, like I said, I don’t rest in between sets, except for maybe 5-10 seconds. I rest at the end of a three set period for about 2 minutes. That way my heart rate stays up and my muscles are working double-time. I’m also working on doing less reps with heavier weights. It almost killed me today doing 10 reps with 15 lb weights for the hammer curls. I reached muscle fatigue quickly and that’s when I knew it was time to stop!!

When I got home from the gym I felt a little sick. I had the same tummy achy feeling I had in the middle of the night and laid down with Dexter for a little while on the bed. I debated getting up and making those darn meatballs but it just wasn’t in the cards for the day. I think the heat got to me walking home from the gym. It was about 100 degrees out and I was wearing those long black workout pants. My heart rate was already elevated and the heat just got me a little bit.

So……….I decided the only thing I really felt like was that forlorn frozen Amy’s entree that has been sitting in my freezer for a few weeks: 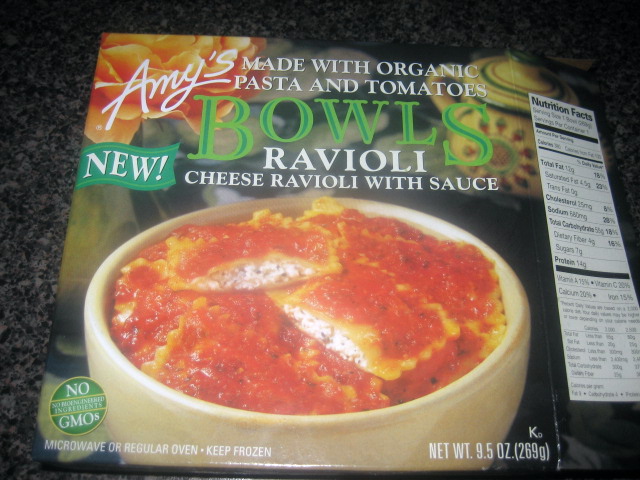 This was seriously the only thing that sounded good to me! I tried to make it a little healthier by adding some crunchies on the side (carrot sticks and grapes). 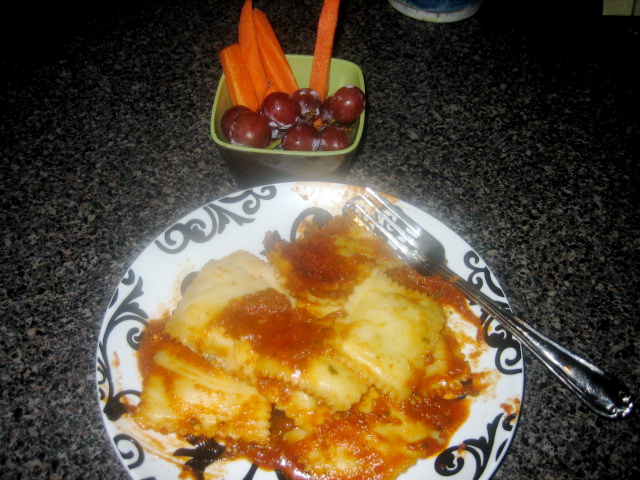 It.was.so.good. And I felt a ton better after I ate.

And then about 2 hours later I had a little snack of 1/4 cup Ezekiel cereal with soymilk and a cup of peppermint tea. I’m pooped and getting into bed to read even though it’s not even 8:00 yet. I wasn’t a complete turd though tonight because I did vacuum, clean, sweep, do laundry and study for Capstone tomorrow night after I had dinner. A Sunday well had. 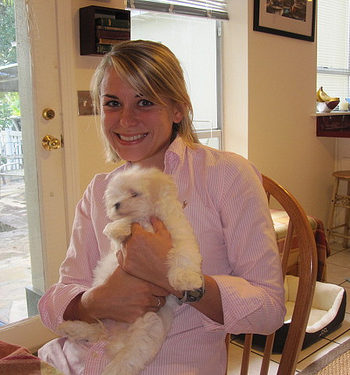