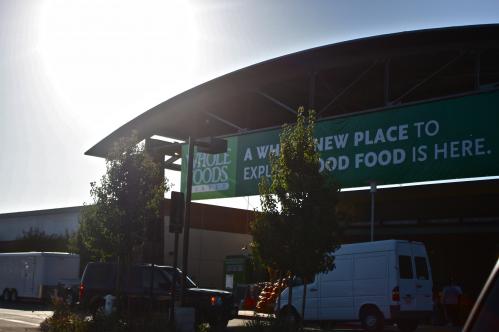 Going to Whole Foods grand openings has become like a sporting event. Fans young and old show up, rain or shine, to give their undying support to the cause. 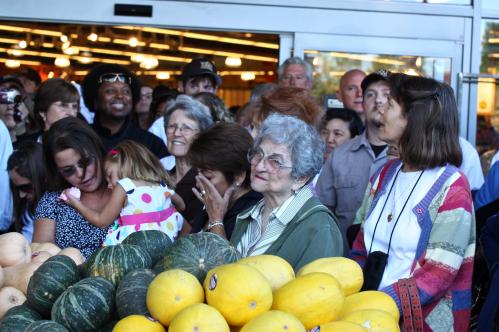 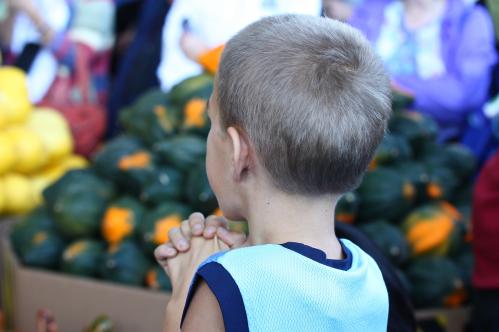 They wait in eager anticipation…eager to catch a peak of what’s behind the sliding glass doors, the mecca of organic produce soon to be at their fingertips.

While the opening of the new Santa Rosa store was nothing like the insanity of the Orlando store, it was still quite the event. Naturally, I showed up way too early and was turned away by a security guard who told me to leave and then come back at nine forty five for “the breaking of the bread”.  I shook it off and used that time to properly fuel up on coffee because caffeine is a must for any Whole Foods grand opening. Duh.

I returned at nine thirty, with large sunglasses and coffee in hand, ready as ever. These things are serious business, you know. 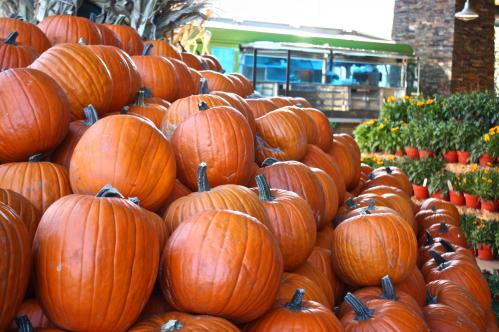 Finally, the breaking of the bread! 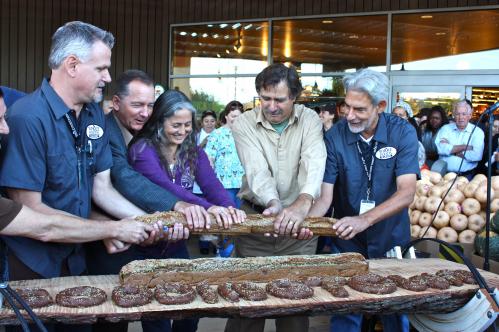 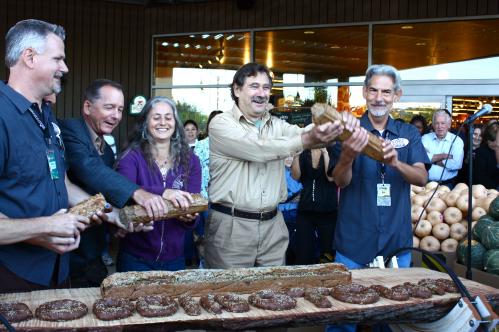 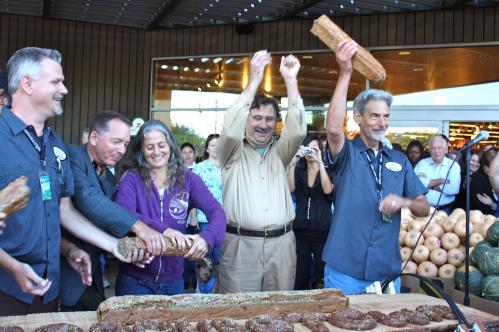 The coolest thing of all? The beer cabin (hut? bar?) in the back of the store! 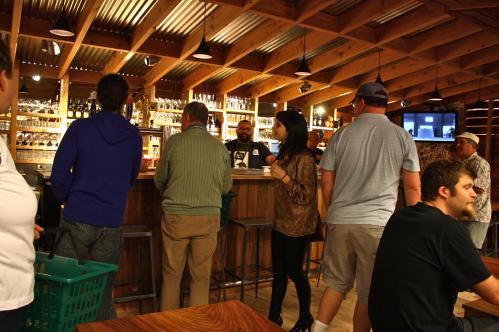 I don’t really know if beer cabin is the right term, but they have fifty beers on tap (a lot of them local!)  that you can try and they even offer a happy hour! Awesome.

By some miracle of grace, I walked out with only ten dollars of groceries in my hands. I don’t know how that happened but it did. The store ain’t no Austin of course, but it’s still 50,000 square feet and gorgeous inside with gigantic prepared foods area, complete with self serve gelato, frozen yogurt and a kombucha bar.

And yes, I’m already saving my pennies and plotting my return. 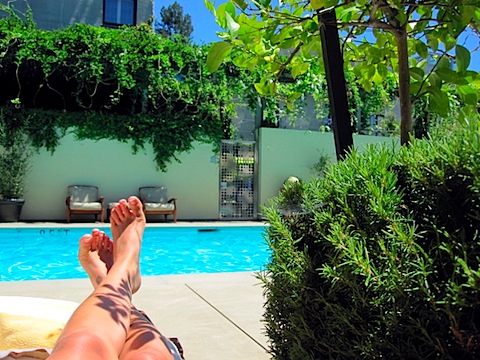