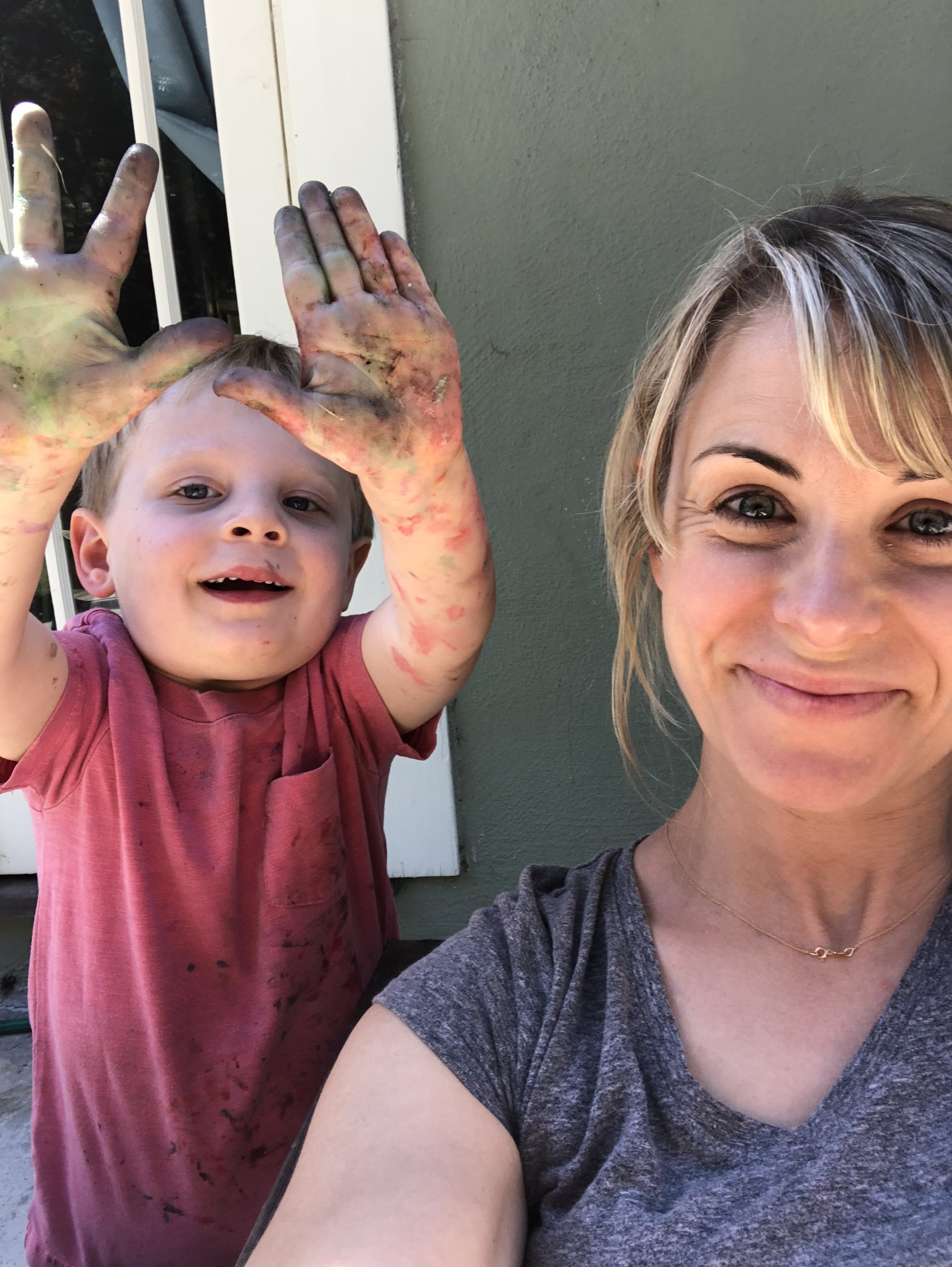 I have been wanting to write this for awhile now but….life with two little ones and not enough hours in the day. 😉 I am officially 16 weeks pregnant with boy number three! Whew!

I think many people thought I was having a girl because I felt so cruddy the first few months (much worse than I did with my previous two pregnancies) and also, there’s this weird thing where people think because I already have two boys I am “due” for a girl. Hah! I’m actually overjoyed to be having another little boy! My two boys are so sweet, snuggly and entirely different people. I can’t wait to see what this little guy is like. Having three boys close in age (they all will be about two years apart) may be a little crazy at times, but we are up for the challenge. I already have plans to make them one big bunk room in the future. As excited as I am, I am REALLY excited for Grayson and Luke. They are about to gain another best buddy and I can just picture all of the fun / crazy times ahead. Of course I would have also been thrilled for a girl, but having one gender just seems easy (I already have all the stuff!) and I think the family dynamic is going to be really cool. I can’t believe I’m going to get to snuggle another baby boy soon! ah! 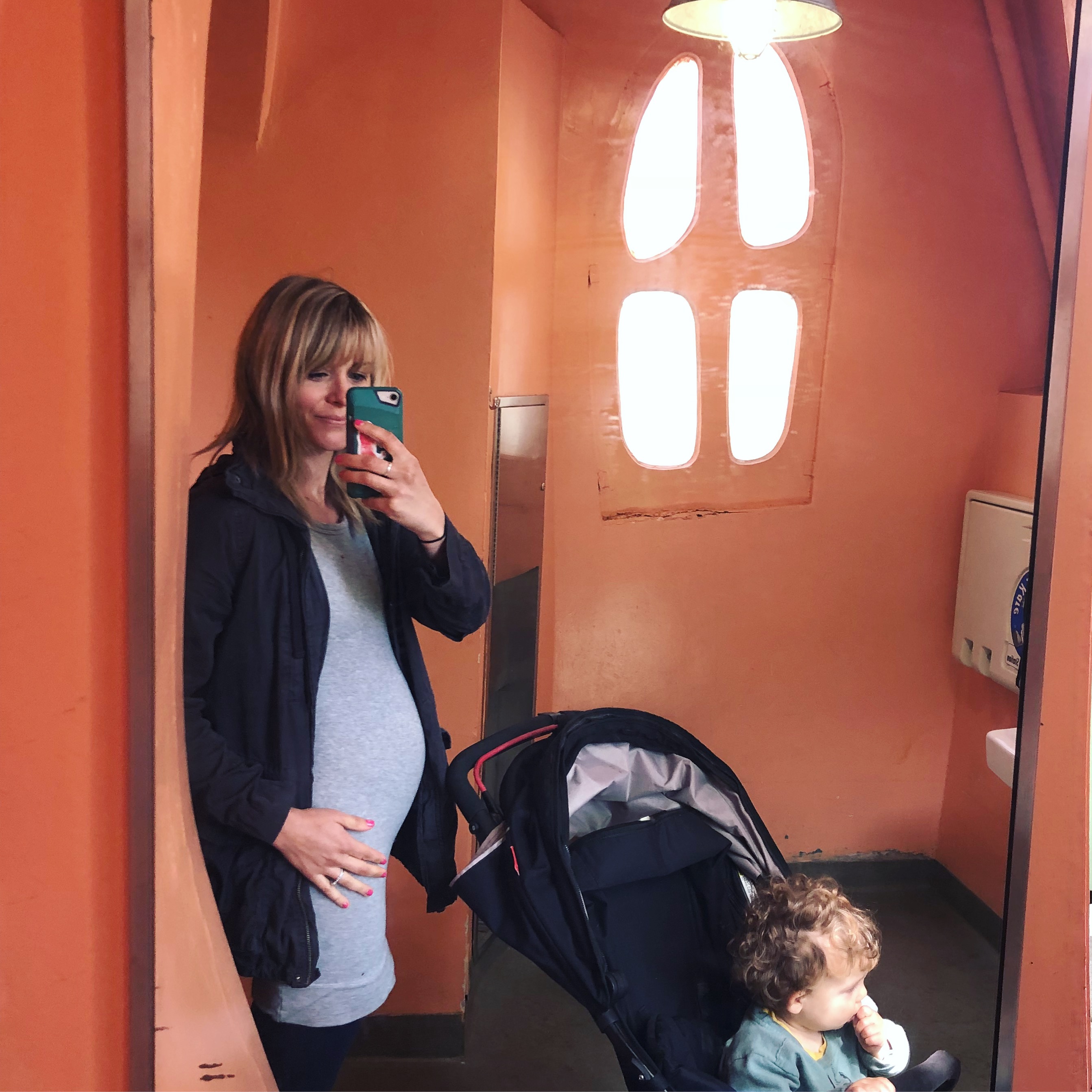 My first trimester this time around felt much different and harder than before. I honestly think that is because I already have two little ones at home and don’t get much downtime. I didn’t have morning sickness, really, with either of my prior pregnancies but this time, I found myself gagging the majority of the day for months. I felt like a super lame mom because my kids watched more tv than they usually do while I laid on the couch. I ended up taking the B6/ Unisom combo that so many of you recommended (and my midwife said was totally fine) just because I couldn’t even with all the gagging anymore. It helped immensely! I soon realized that if I took one Unisom before bed, I not only slept much better but I also woke up gag-free the next day. I have since stopped taking that because I’m past all that business (thank GOODNESS) but it really did help and I’m glad I didn’t try to tough it out more than I needed to. 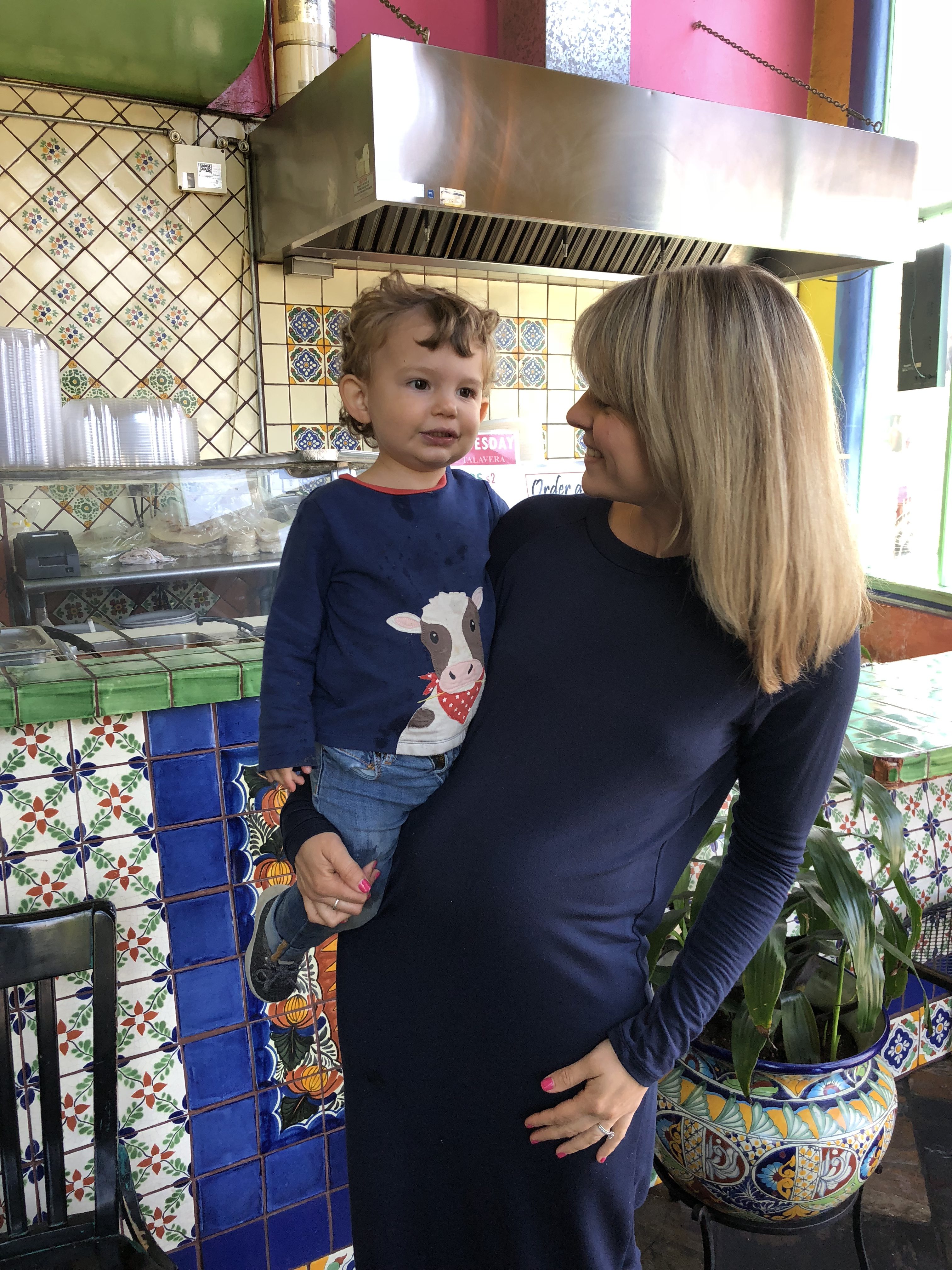 Another new pregnancy thing this go-around for me has been migraine headaches. Oh the joy! I got a couple migraines when I was pregnant before, but not like this. In my first trimester, I struggled with one or two a week. The only thing that seemed to help was going to bed really really early with an ice pack on my head, then waking up and drinking a big cup of coffee. Yes, I still drink coffee while pregnant. I actually couldn’t drink it at all my first trimester because even the idea of it made me cringe, but thankfully now I can enjoy my cup a day with a side of nausea. Another thing other than caffeine that seemed to help my headaches was taking Natural Calm, which I have taken every pregnancy. I tend to develop leg cramps and restless legs at night and this really has helped. I was so glad when it also seemed to help ward off my headaches! Different things work for different people and I’m glad to have figured this out.

Despite those lovely (and very typical) first trimester symptoms, I have just been on cloud nine to be pregnant again. Even though this pregnancy was “planned” there’s always that crazy surprise and shock when you find out that you’re actually pregnant. 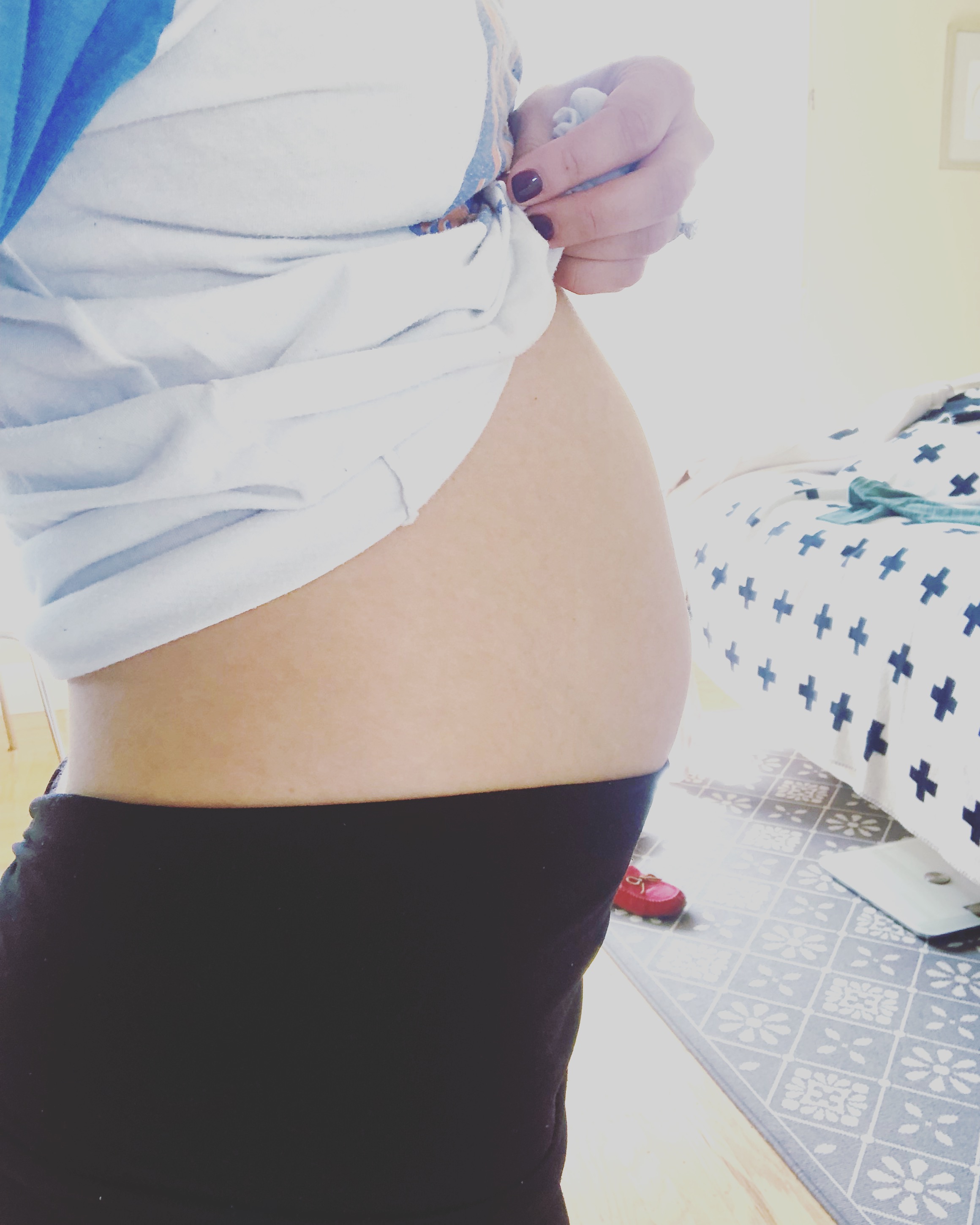 The past two times I have been pregnant, I have always just blurted it out immediately to Adam and we celebrated together. This time, I found out three days before Valentines Day so I decided to keep my secret a secret until then. This was a huge deal for me because I do NOT keep secrets very well. In fact, I’m literally the worst! But I was determined this time so I went to Target and bought one of those gigantic Valentine’s Day cards. I wrote on the inside something along the lines of “Roses are red, violets are blue. A new baby is coming in October for you!” You guys. It was the BEST surprise. He basically passed out in shock. Okay, that’s not true but he was so, so, so surprised. And he did lay on the floor for a bit with the kids crawling all over him for a moment after I told him the news. Like I said, even though a pregnancy might be planned, it is still quite a surprise. Since I only recently weaned Luke, I figured it would take a few months of trying (and that was totally fine with us – not in a rush at all). When I got pregnant on the first try I was so surprised that I bought a huge pack of cheap pregnancy tests on Amazon and just started peeing on as many sticks as possible….then staring at the results for the rest of the day. I couldn’t believe it. I still can’t believe it! We feel incredibly blessed.

Now that I’m almost halfway along, I’m feeling much better and starting to enjoy this pregnancy much more. I’m realizing, also, that chasing after my kids all day is exercise in an of itself so I’m trying to go easy on myself with that. I definitely want to stay strong and healthy for labor and postpartum, but I’m not going to set unrealistic exercise goals for myself right now. My main focus is growing this baby and taking care of the babies I already have.

This was a fun post to write! Thank you guys for reading and for sharing in our joy! 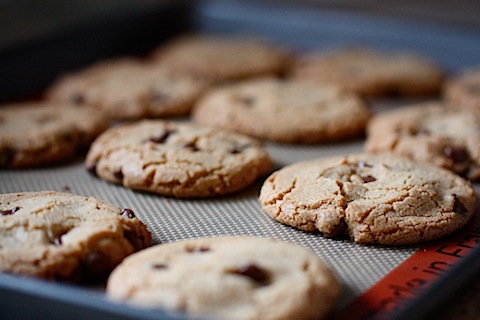