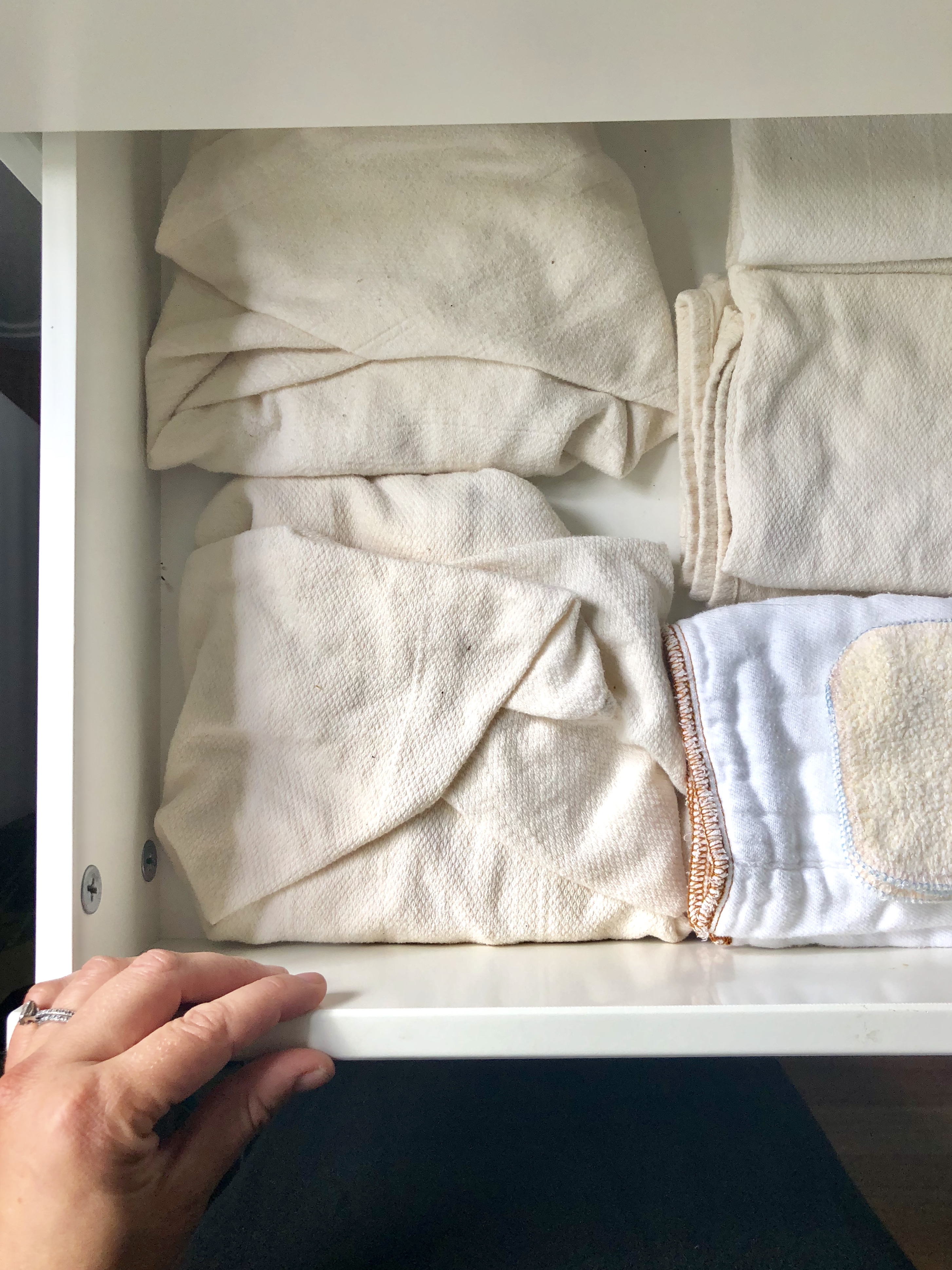 This is a REALLY late follow up post in the now vintage series of Eat, Live, Run cloth diapering. Hah! What’s really funny is that the three posts I wrote almost four years ago now are still some of the top posts on this site. So..I guess some of you out there hold some sort of interest in cloth diapering. In case you don’t know what I’m talking about, a very long time ago I wrote the original post Introduction to Cloth Diapering. This was followed up by Cloth Diapering a Newborn and Cloth Diapering an Infant.

I cloth diapered my first son, Grayson, for 15 months. We eventually switched to disposables because of constant rash issues I couldn’t figure out. Grayson has extremely sensitive skin and it just seemed like it was always something. Cloth diapering him was incredibly easy for the first year but after that, things started to unravel. When I had Luke a year later, I didn’t cloth diaper at all. To be honest, I didn’t even think about it. I think I was so overwhelmed at the time with life in general (hello newborn and two year old!) that I just happily took all the disposables and never thought twice. Really, it never crossed my mind.

However! I have decided I’m going to give cloth diapering another try with baby boy number three due this fall. I decided to do this because, mainly, I’m just so over buying diapers all the time. Heading to Target last minute in the afternoon because I ran out of nighttime diapers is probably one of my least favorite activities. I’m also just trying to reduce our waste in general and because newborn cloth diapers are so freaking adorable!

Since deciding that, I said “well, let’s just go all in now, why don’t we” and when Luke was out of his disposables, I switched him to cloth full time instead of making the usual Target run to buy more. Now, Luke is almost two years old and I am planning on potty training him later this summer. This is the first time I have cloth diapered a big toddler and I wasn’t sure how it would go. But…it’s actually been super easy?! 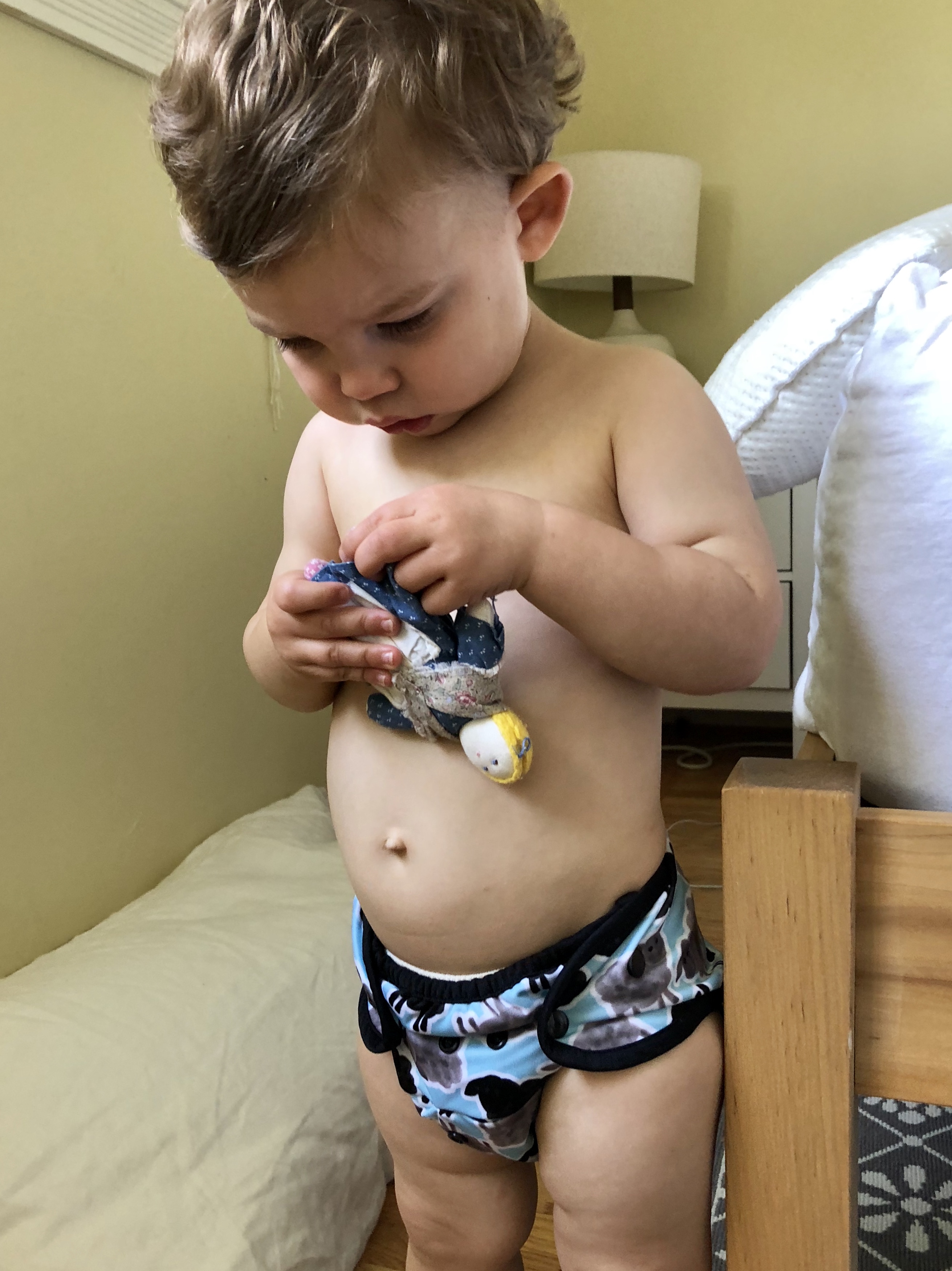 I’m using a combination of large birdseye flats and large cotton prefolds on him. Mainly flats and I prefer them! I have always, and will always, purchase all my cloth diapering essentials from Green Mountain Diapers.  They are a very sweet family business with excellent customer service and advice. Flat diapers not only work really well, but they are also the most affordable option. When I decided to cloth diaper Luke full time, I literally only spent about $40 on diapers, which is less than I would have spent on a giant box of disposables from Costco. You can get a dozen flats for $24! And you really only need a little more than a dozen diapers when you have a big kid. They don’t pee and poop every two seconds like a newborn and I wash every two days.

I airplane fold my flats when they come out of the dryer and stash them in the drawer so they are ready for him and all they need is a snappi or pin. In terms of covers, I have three Thirsties size 2, one Blueberry coverall and one Bummis whisper light size large. My favorite is the Bummis. At night, he wears a Grovia ONE diaper (I only have two of these and only use them at night) with a hemp doubler stuffed in. During naps, he usually wears a snappied prefold with a hemp doubler and a Disana wool cover. I love Disana wool and have been using their sleep sacks on both my kids since practically birth. Luke is still in his little wool sack!

I do feel like you have to change their diaper more often in cloth, which was something I obviously wasn’t used to since Luke has been in disposables for so long. If I’m going out for the whole morning or something with him, I put a hemp doubler in his diaper and usually change him before heading home. We’ve experienced no rashes so far and after I change a pee soaked diaper, I sprinkle on this baby powder which I ADORE and will be getting stock in when the baby comes!

Cloth diapering Luke has made me really excited to cloth diaper the new baby in October! There’s just something so sweet about a baby with a poofy cloth bum and I’m looking forward to giving it another go around. 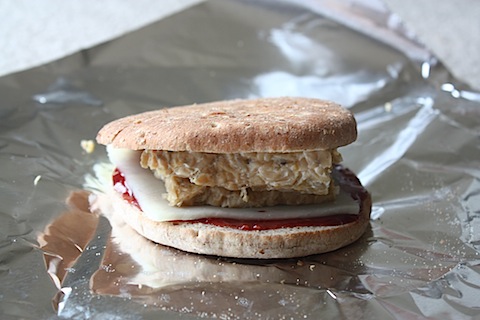 The Skinny on The Pyramid