So while I drove, he did some quick online sushi research. And then we found Kirala. Kirala is in Berkeley and is apparently the place to go. We got there at exactly 5:00 and there was already a line wrapping around the outside of the building. And the restaurant didn’t even open till 5:30! It was intense.

We were both starving and pretty much ordered everything on the menu. I attacked the edamame with gusto! And then slurped down some soup like it was ain’t no thang. I slurped it down so fast we couldn’t even capture the moment….now that’s intense.
As for sushi, we opted for the sampler platter so we could try a little bit of everything: Still not quite sure what exactly was on here but that roll in front was definitely spicy tuna and then there was some salmon involved as well. That interesting looking creation behind the roll was actually an omelet! Not my favorite, but interesting none the less.
While we were feasting, I kept noticing sizzling plates of fish blow past me. Everyone seemed to be ordering the same small plate and it smelled delicious.
Well, I just can’t let something like that go. I needed to know what I was missing out on. Two words: black cod.
Best thing I had that evening—hands down. After trying a bite, I lifted my fork in the air and proclaimed it tasted like…..butter! But not just any butter. No, this wondrous black cod tasted like European triple cream butter that had been sizzling in an old cast iron skillet, about to be poured over freshly popped corn.
I want to catch these fish.
I want to move to Berkeley just to be closer to Kirala so that I can eat this fish every night.
I want to have a dome sized fish tank full of these fish in my living room.
Anyways. There was more! The Rock n Roll was delicious but paled to compare to the buttery fish of the gods. We both agreed that the wasabi was kickin’ and it brought tears to my eyes on more than one occasion. This is saying a lot because y’all know I love my spicy!
In conclusion, please go to Kirala, eat the black cod and report back to inform me that I am indeed not a crazy person. The verdict is still out. 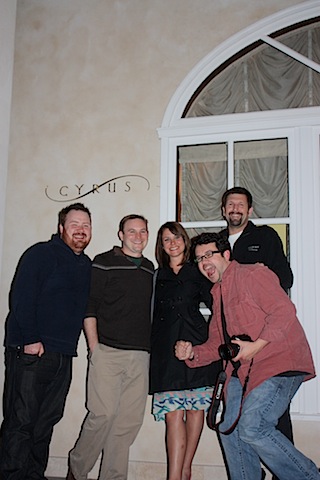