Not A Fun Afternoon….

Well, turns out I am one sick girl!

I have literally been at the doctor since 3:00 this afternoon (it’s almost 6:45) and have been diagnosed with severe tonsillitis! The doctor said my tonsils were so swollen she thought about hospitalizing me but instead gave me 2 shots…one of steroids to bring down the swelling and one pretty potent antibiotic.  I was sent home with both a sore rear-end and with new antibiotics plus vicodin to help with the pain (this should be interesting). Goes to show—you can feel fine except for one little thing, ignore it, and it can easily become a big problem! I don’t know if I will go to school yet tomorrow…the doctor gave me a note but I’m going to just play it by ear because I really don’t want to miss a day if I don’t have to. I’m so so SO glad I made this soup before I went to the doctor because it was just sitting on the stove waiting for me when I came in and is SO GOOD!!!!! Roasted Sweet Potato and Apple Soup with Walnuts.….the perfect remedy! It was very easy to make, too, because you just have to roast the veggies/apple and then puree it all in a blender with some chicken stock. Now I wish I would have made more though because it looks like soft foods are all I am going to be eating for awhile. 🙁

You guys were way too low with the biscuit game! Each biscuit came out to be a whopping 539 calories packing in 16 grams of fat. THAT is why most of Americans are overweight. Right there! I’m glad I am learning though the basic techniques in making all this stuff though, even if it is fat-laden, because it gives me something to work with and attempt to make healthier! For starters…I basically refuse to cook with shortening. I hate the stuff. I bake with real, old fashioned butter. I know shortening is what makes pie crusts and biscuits so tender and flaky but there are ways around that. In my kitchen, shortening and margarine are banned!

In perfect timing, the new Gourmet and Bon Appetit came in the mail today. I bought some sorbet at the drugstore and I may just relax, eat some sorbet and read my magazines later in an effort to get well again! This soup weighed in at about 275 calories per serving, including 5 grams of walnuts on top.

When I was at the doctor’s office I ate a kashi crunchy granola bar….bad idea not only because it killed my throat but because I just ate it because I was bored. I wasn’t hungry….I was just bored sitting in the waiting room for an hour and wanted something to do. Don’t do that!!! (especially when your tonsils are the size of golf balls)

Oh, and needless to say I DID NOT make it to the gym today. That was a no-go when I mentioned to the doctor I was heading to the gym after….she sort of just gave me a strange look and told me to rest for a couple days. Oh well…. 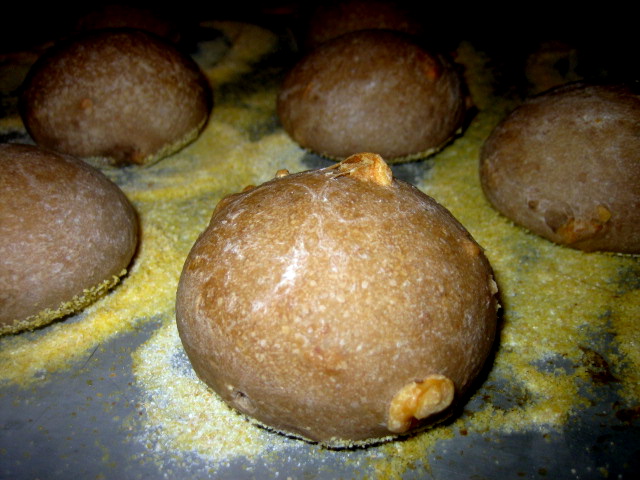 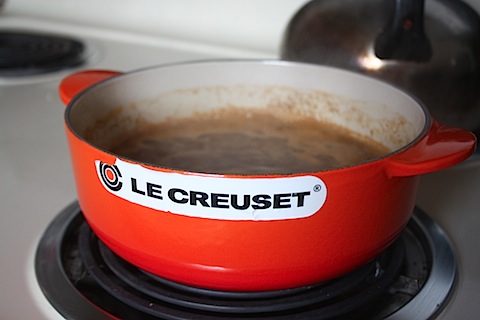