Yep—you guessed it—another sweet potato!!! I really do LOVE sweet potatoes; they are actually one of my favorite foods so I was more than happy to eat two of them in one day. They happen to pretty darn healthy, too ;). For dinner tonight I wasn’t really “craving” anything in particular. I wasn’t even all that hungry after my early afternoon snack of two oatmeal-chocolate chip cookies (sans sugar!)…but I knew I had to eat before school so I pulled one last dinner out of my bare kitchen…looks like tomorrow I’ll be eating a veggie burger! I made a variation of the “Cashew-Ginger Tofu” from ED&BV that actually turned out quite nice. I used peanut butter instead of cashew butter and was out of soy sauce so I just used a dash of salt instead. I cut this recipe down to serve 1 person but didn’t bother measuring anything out…just used a tbsp of peanut butter and a dash of this and a dash of that. I also steamed up some red hued quinoa to have on the side as well.

Bringing another cookie with me to school for later. Even without sugar, these things are pretty sweet! 🙂

Ready to Get Some Sleep! 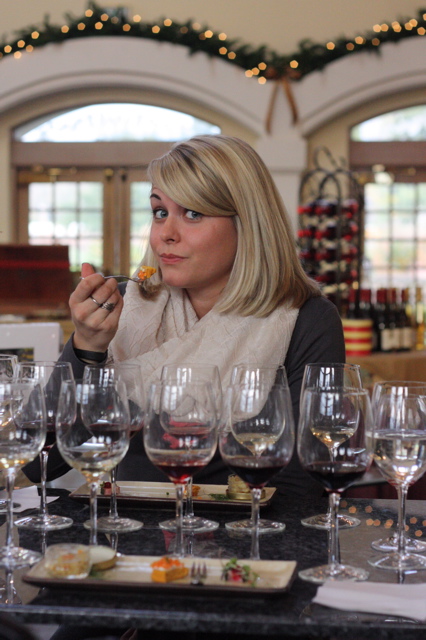