A Whole Lot of Yum

Would this cheer you up? 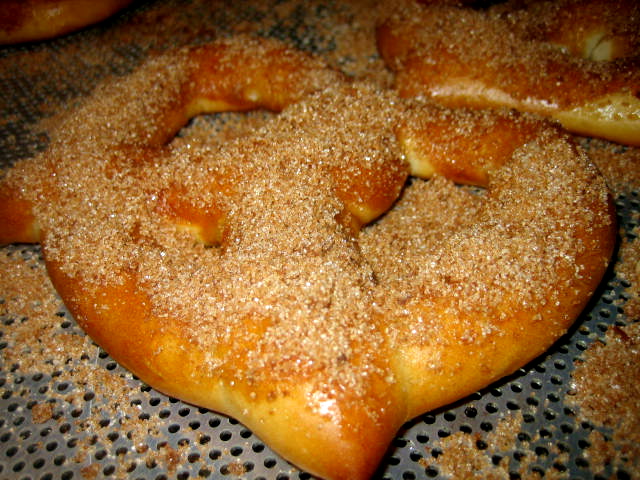 That would be a cinnamon sugar mini pretzel that we made at work today. Looks awesome, doesn’t it??! I had a tiny bite to sample…I was pleased! 🙂

This morning I had yogurt + about 2 tbsp muesli to start the day: 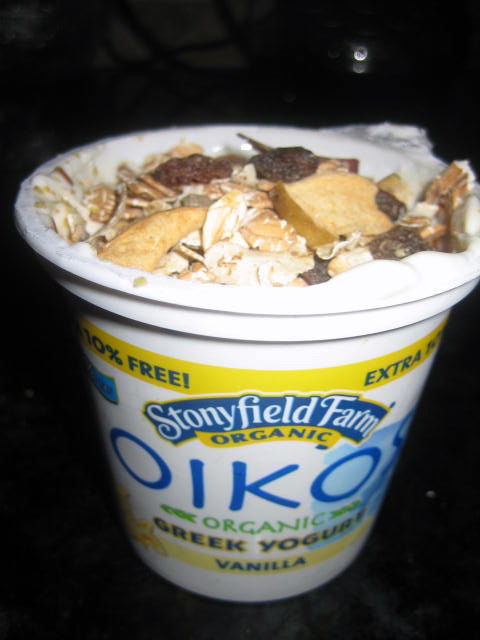 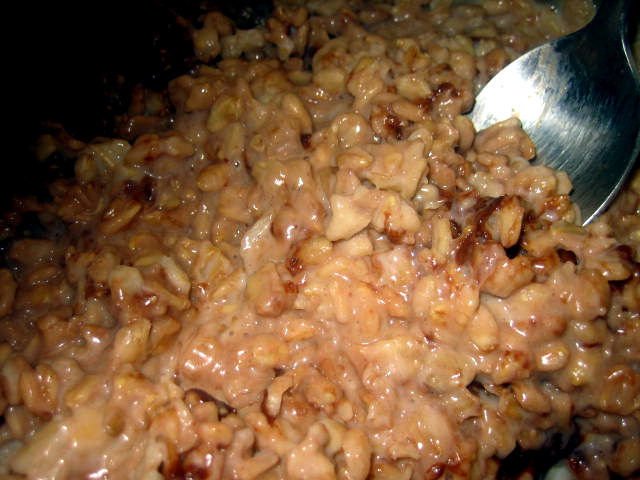 And, then, for lunch I had the BEST thing ever: a morningstar farms veggie burger with spicy pepperjack cheese and ketchup on some sourdough baguette that I brought home from work today. It was AMAZING. 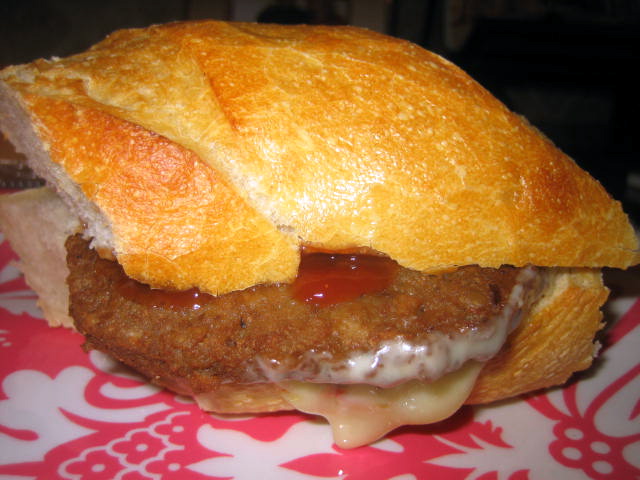 It was a huge chunk of baguette actually and now I feel quite stuffed! I also had another special plum, which I learned is just simply called a “yellow plum” (weird, huh?!) 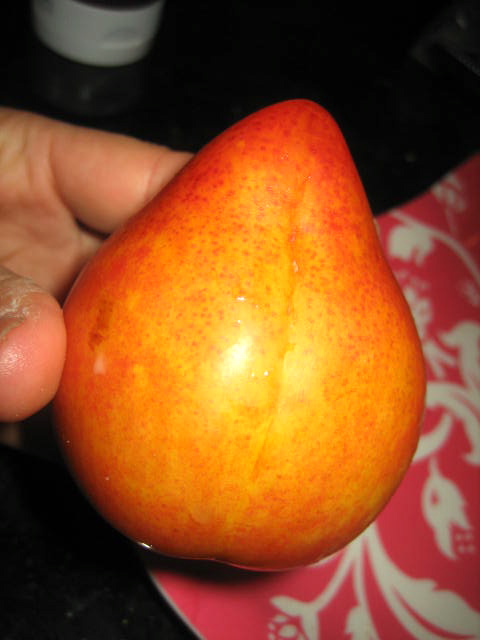 This afternoon I am going for a walk with Mikan and my mom and then doing some YOGA. I can’t wait. I’m going to do a Dave Farmar podcast….I’m not sure of which one yet though. I desperately need to stretch!

So, some of you (well a lot of you actually) have asked about how I met my boyfriend, Ryan. I have actually given the story out in the comment section before but I think some of you might have missed it. So, here it is again for your viewing pleasure!

The summer I turned 21 was when my family moved over to Tampa from Vero Beach, FL. I had just finished up my junior year of college and was interning at a ad agency downtown. My mom and brother were still living in Vero Beach, trying to sell the house, while my dad and I lived in a condo here in Tampa. Sometimes in the morning, I would see a younger looking guy in the elevator that would always get in the car that had the spot next to my car, but I had never worked up the nerve to say hi. Weeks pass. I don’t see him. And then one day we see eachother AGAIN in the elevator and he finally says good morning. He asked what I do and I told him (in a grown up voice!) that I “worked as a writer at an ad agency downtown”. Little did he know I was just a 21 year old intern!!!!! A couple more weeks go by and I don’t see him again but always wondered about him and wondered who the other car parked in his spot was (aka I was wondering if he was married). I thought about him a lot and always hoped to see him but our paths didn’t seem to cross again. Then, towards the end of June, I get a call from my dad telling me that he just ran into “elevator Ryan and he wanted to know if I wanted to go see Dave Chapelle with him that night”. Ryan didn’t have my phone number or anything but he recognized my dad since he parked next to him so he worked up the nerve to ask him if he could take me out! I wasn’t going to go since I had never actually TALKED to Ryan, but my dad told me I was being pathetic and I should just go with him because I had nothing else to do. So, I called Ryan (he gave his number to my dad for me to call) and said “well this is random but why not”…so we went to see Dave and the rest is history! I called him the next day to see if he wanted to go to a baseball game with a bunch of friends and he went….and then he called me to ask me out to dinner……….and then I finally told him I was only 21 years old (he was 28 at the time) and was going back to college in a few weeks. He was very sad but we decided to try to make it work and see where it went to my whole senior year we spend talking on the phone and visiting each other about once a month. As a little girl, I always prayed for that “fairy tale” that you see in movies and I am SO blessed to have found it with Ryan. I actually told my mom that I loved him after we had only been “dating” for a few weeks. I just knew!

I hear more of my brother’s school cookies beeping downstairs so that means I must run! See you for dinner! 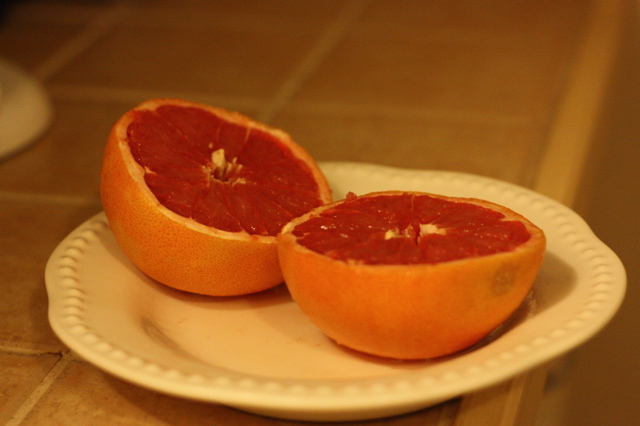 Twas The Week Before Christmas… 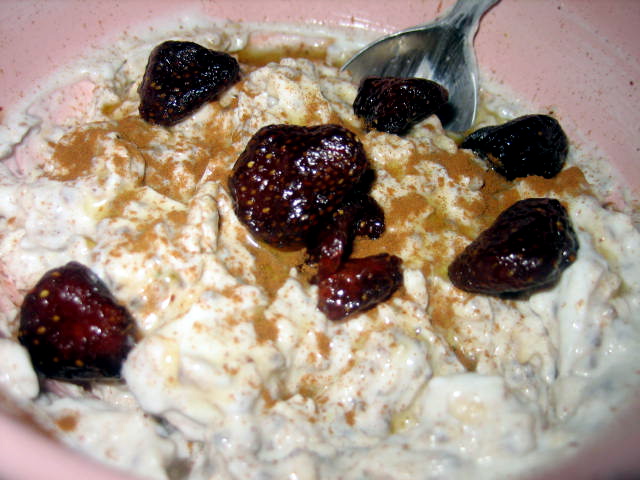 Will Rise For Food