The french bread turned out great. It’s funny just how much better it is when you make it yourself as opposed to buying it at a store. Another great thing about making your own is that you know for a fact that there’s no preservatives in it at all….just good, fresh bread. French bread is a very lean dough, as referred to by bakers. There’s zero fat added to it and the only ingredients are flour, salt, water and yeast. Amazing how these four little ingredients can produce something so life sustaining and tasty. I just love it! With the dough we made a traditional long baguette, a batard (a smaller baguette) and a fougasse, which is a very rustic, traditional bread from the south of france and Italy that involves adding sun dried tomatoes to the dough and shaping it in the traditional fougasse manner.

I gave my baguette to one of my friends in another class and took home the batard and the fougasse, both of which are safely in the freezer now….but not before I made a killer ham and cheese sandwich with it for lunch!!! I’m telling you…this sandwich was phenomenal. I used 2.5 ounces of the crusty batard to sandwich together 2 ounces of black forest ham and one ounce of Irish cheddar cheese. I pressed it down for a few minutes on a hot skillet to melt the cheese and toast the bread and then dipped it in honey mustard. So.freaking.good. I wish I could share!!! With my sandwich I also had a very ripe delicious nectarine and 4 ounces of fage yogurt. I’m stuffed now! 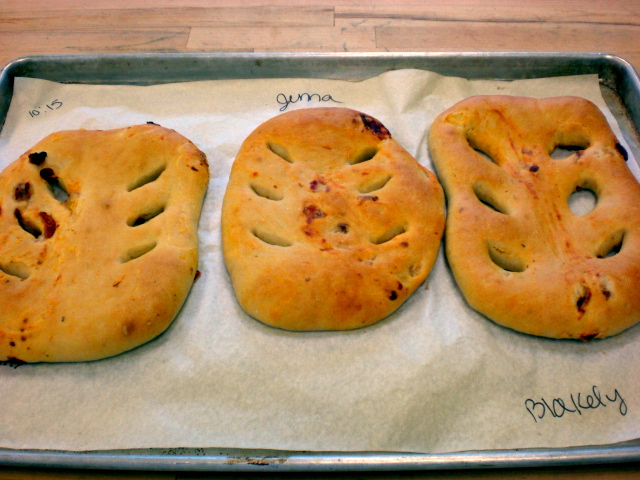 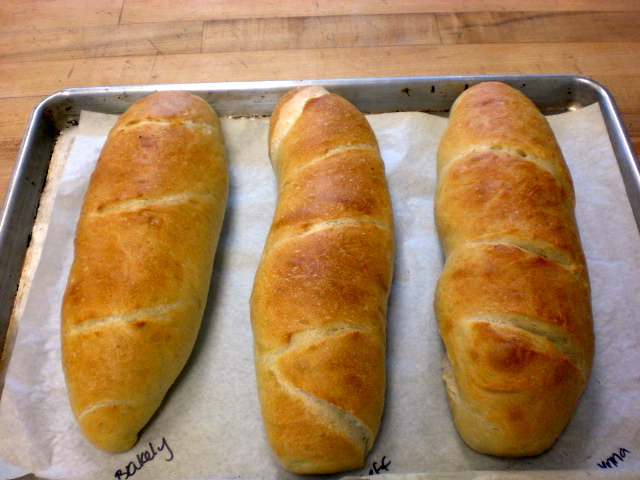 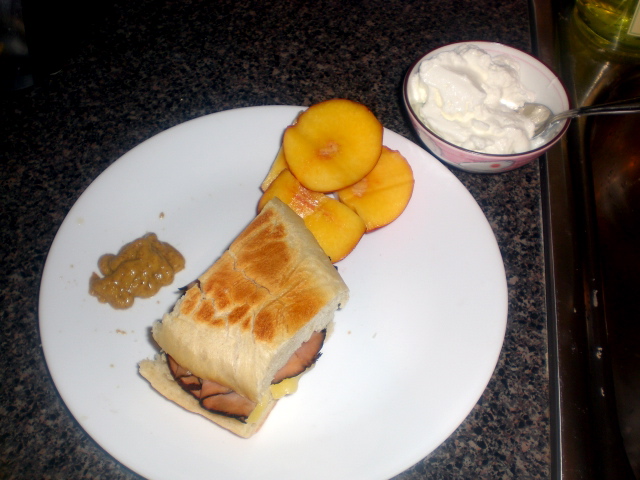 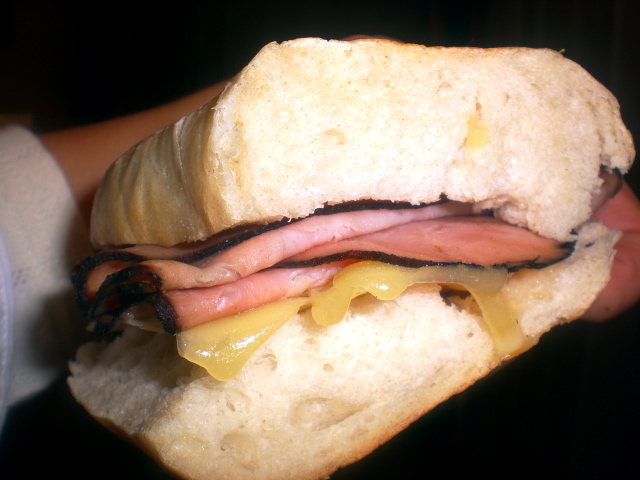 This lunch was about 468 calories

Oh, and during class today I snacked on an orange that I had peeled and divided into sections last night to take with me. I think actually it was a tangelo…..whatever it was, it was good. 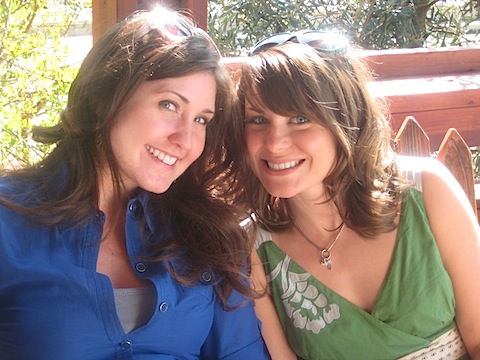 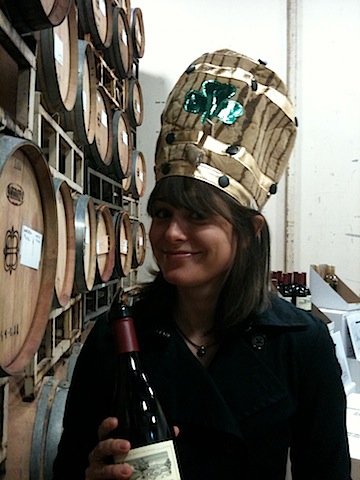 A Grocery Shopping Record (in a good way!)