I am just loooving the fact that I can wear my rainbow flip flops and a t-shirt outside right now….makes me think of home! 🙂 This California weather is so weird though…one day warm, the next day freezing and foggy. What gives?!

Anyways, this morning I did some cardio at the gym…a little elliptical and a couple minutes of treadmill hill walking. I honestly wasn’t feelin’ it much so I didn’t stay very long. At least I broke a sweat 🙂

I’ll tell you what I WAS feeling though……sushi! Sushi is one of my favorite foods and I haven’t had it since moving out west, so today I grabbed Rocky from the office and we hit up Jo-Jo’s in downtown Santa Rosa. It was awesome!

I had some green tea— 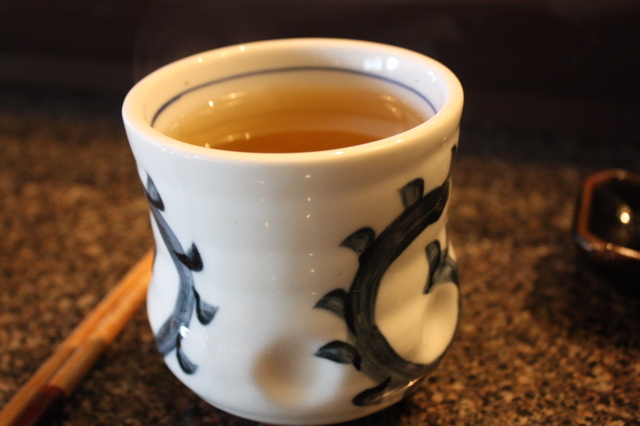 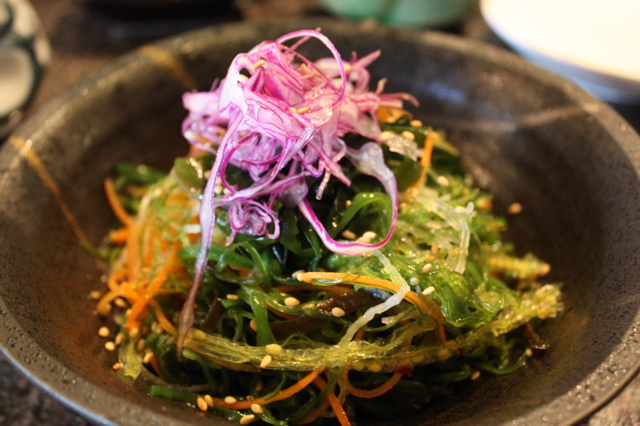 And then we split two rolls—a Santa Rosa Roll and a Volcano Roll. Rocky is the only other person who can really stand up to my crazy hot sauce fetish….I believe when I crashed on their futon for two weeks upon moving out here we had a hot sauce eating challenge….and who won that, Rocky??! 😉 (that’s what I thought.) Both rolls were delicious! 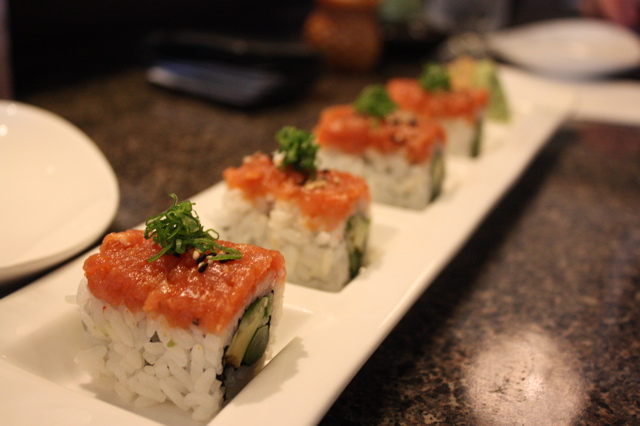 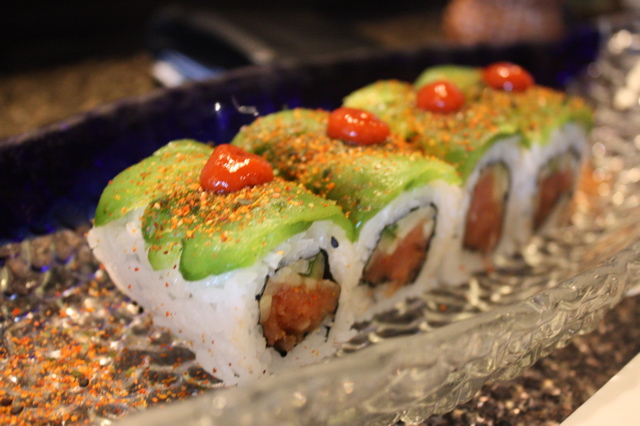 I’ve gotta say—even for me the Volcano Roll was incredibly spicy!! It actually had really thin slices of jalapenos on top along with sriracha sauce. I liked it!

***
Sabrina gave me the idea of baking an olive oil cake for Thanksgiving so that’s what I’m up to this afternoon. A little non-traditional, yes, but a citrus-scented olive oil cake is always a good thing. Plus, I already had all the ingredients on hand so I don’t have to brave the crowds at Big John’s today on the craziest grocery shopping day of the year. Score!