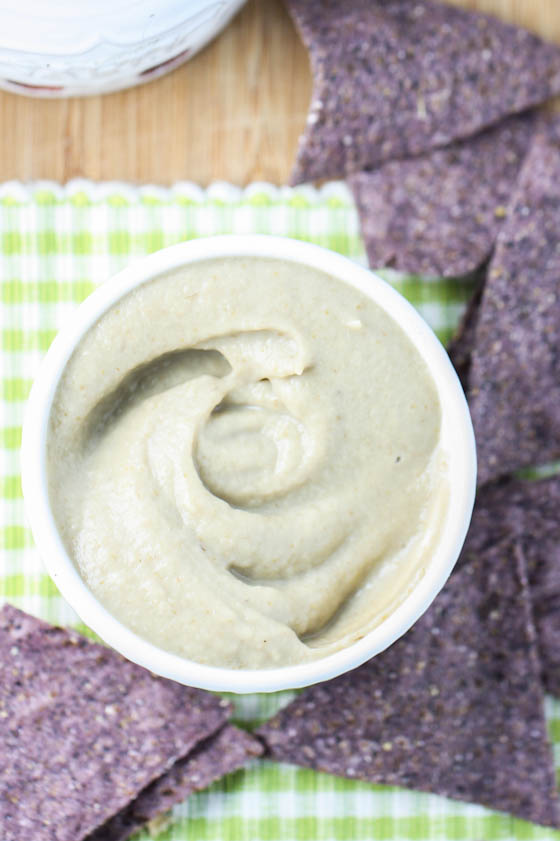 I mentioned last week on Facebook that I had been working on some simple recipes featuring summer produce, and this is one of them!

I made a version of this easy, flavorful eggplant dip for friends at our cabin in Tahoe on 4th of July and everyone went crazy over it. It’s creamy, garlicy and a nice alternative to hummus. When I made it the first time, I grilled the eggplant then just mashed it up with some olive oil, salt, pepper and garlic for a quick dip to go with all the tortilla chips that were taking over our kitchen. We ate it warm alongside barbecued ribs, creamed corn, homemade baked beans and blueberry crisp. Yum. This time around, I decided to experiment a little. I added a bit of Greek yogurt and lemon juice and baked the eggplant in the oven instead of the grill, since it’s been about 54 degrees here and pure fog. Not exactly grilling weather. 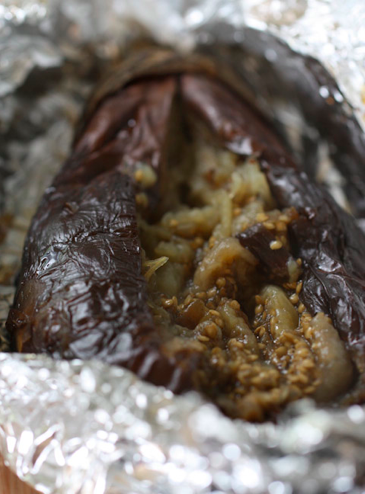 You wrap up the eggplant tight in foil before baking so none of the steam escapes. Be sure to prick the eggplant all over the place with a fork before putting in the oven to avoid a serious explosion. Trust me on this one.

After baking, the eggplant gets a whirl in the blender with some lemon, garlic, salt and pepper then yogurt is stirred in at the end. It’s a healthy delicious snack with raw veggies or tortilla chips {blue corn chips are my fav!}. Later this week, I’ll show you what I did to the leftovers that pretty much rocked my face off so stay tuned for that!

I seriously love eggplant. It’s really only a recent love of mine —- I lived for 26 years before discovering my passion for that purple globe-shaped veggie. If you love eggplant, too, you NEED to try this soup. It’s one of my top five favorite recipes of all time. You won’t regret it. 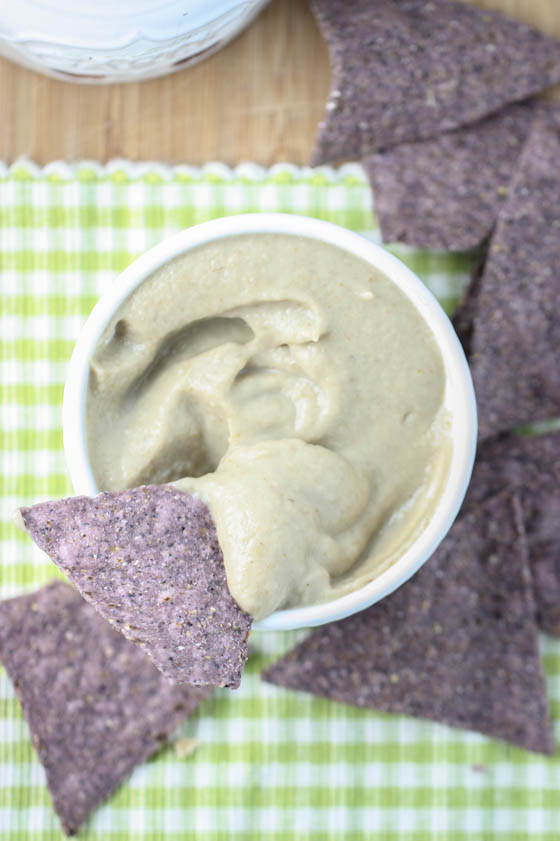 makes enough dip to serve about 4

1 large eggplant, pierced all over with a fork

Tightly wrap up the eggplant in a large piece of tin foil. Place in oven and bake for about 1 hr, until super soft.

When eggplant has finished baking, carefully remove from the tin foil and scoop out the soft flesh with a spoon into a blender. Discard skin. Add the minced garlic, salt and lemon juice and blend until smooth. Stir in the yogurt.

Pour dip into a bowl and place in the fridge to chill for 1 hr until serving. Dip will thicken up slightly as it cools. 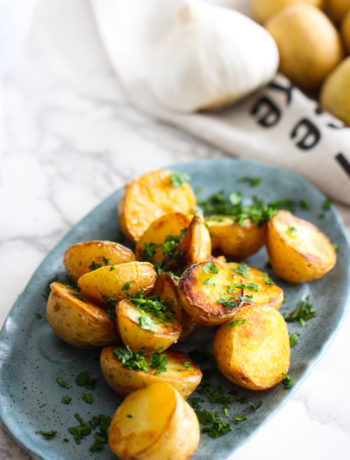 The Best Garlic Roasted Potatoes (ever!) 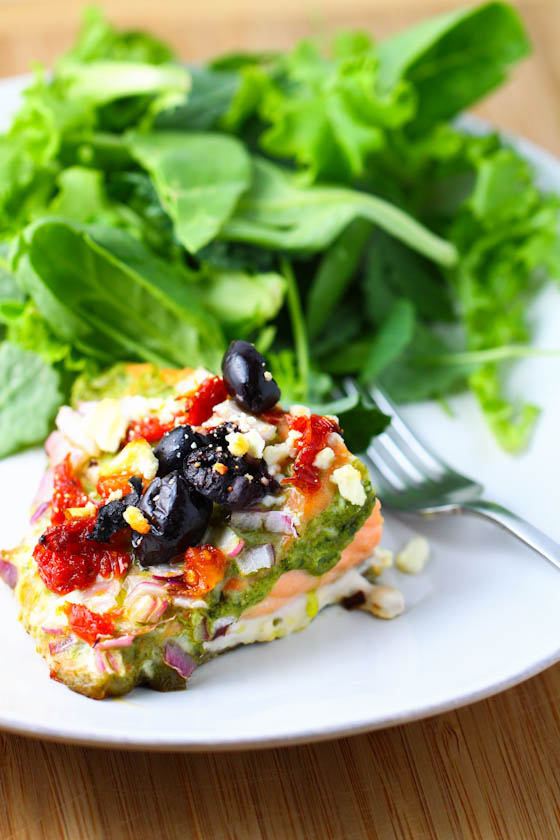 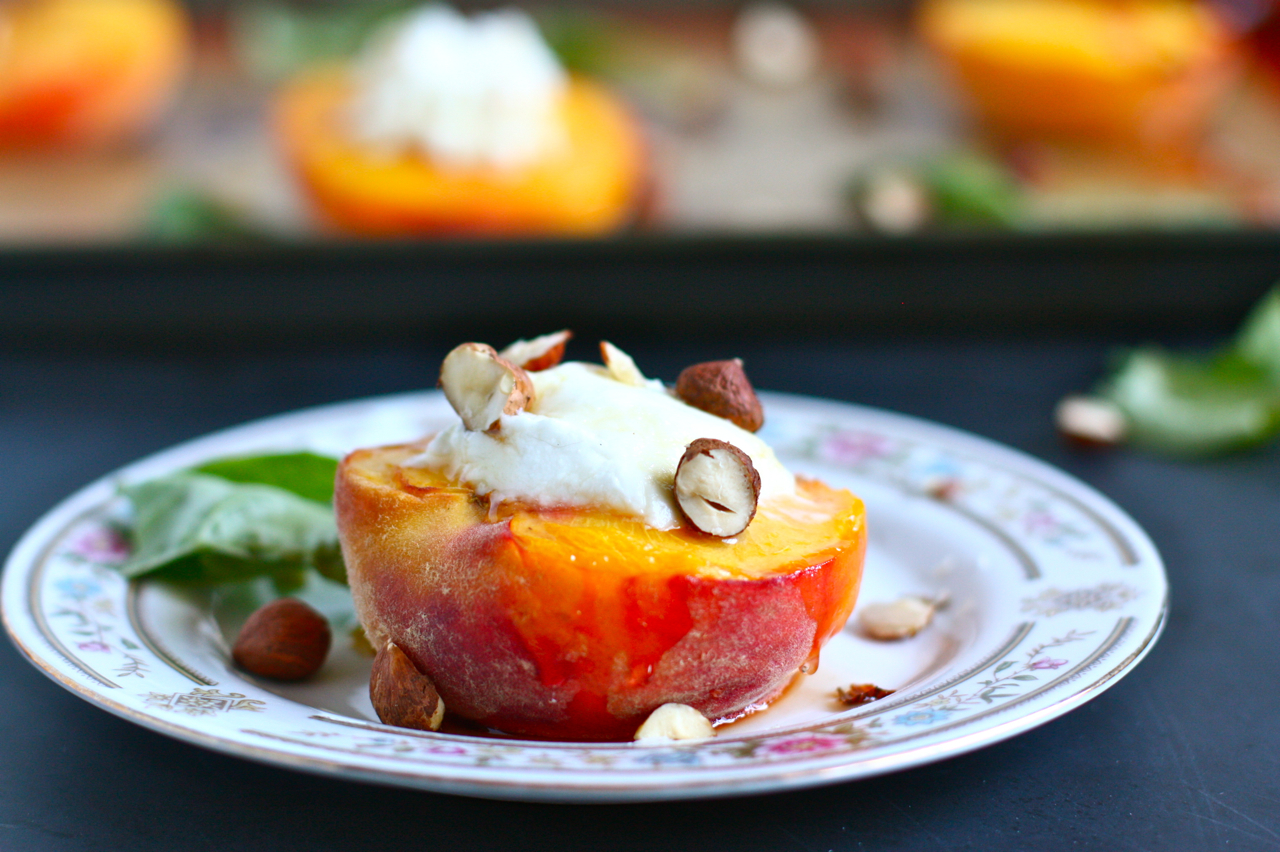