I’m finally home after running like 4 hours of errands! I kept remembering things I have to do! Anyways, my roommate has some really overripe bananas so I thought it would be fun to bake banana bread with them today and I found a recipe I liked in Veganomicon so I stopped at the health food store to pick up some more whole wheat pastry flour (I was out!)…when I was there, I saw that “Follow Your Heart” brand of “cheese”! I picked it up as well then went home to make lunch. I made a wrap with a sprouted wheat tortilla, a quorn cutlet, lettuce and some of the “cheese”. I also did an Agave-Dijon sauce on it. I think I might be getting a little ahead of myself and added way too much of the “cheese”. As a result, my wrap was not what I was hoping for or craving. I think I need to slowly wean myself into this product instead of just piling it on.

I did eat the sandwich and an apple, but it was a disappointment. I’m thinking I also might have used a little too much agave nectar in the sauce so the wrap was too sweet. Blah. I had a small piece of chocolate to fix it! 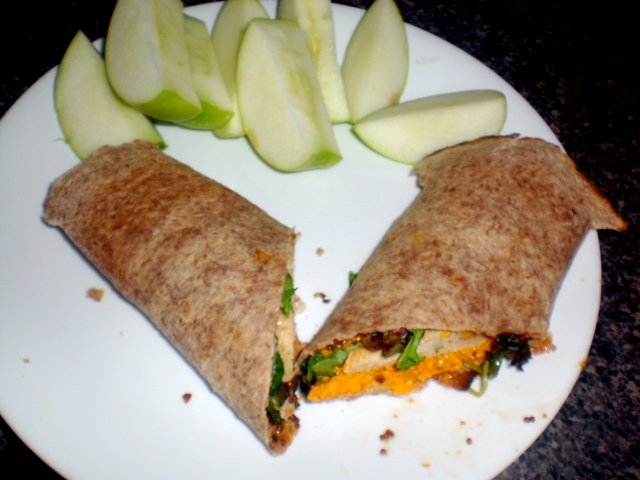 In theory, the contents of my toasted wrap SOUND good….a yummy quorn cutlet, a sweet mustard sauce, lettuce and melty “cheese”…however it didn’t step up to par. 🙁 Hopefully dinner will be better!!! 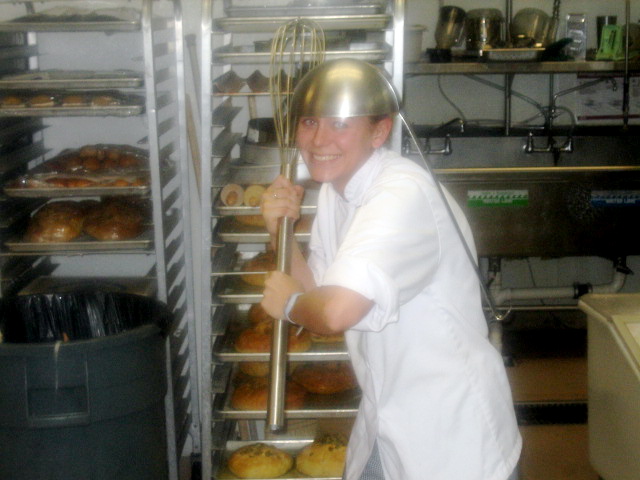 Crazy in the Kitchen 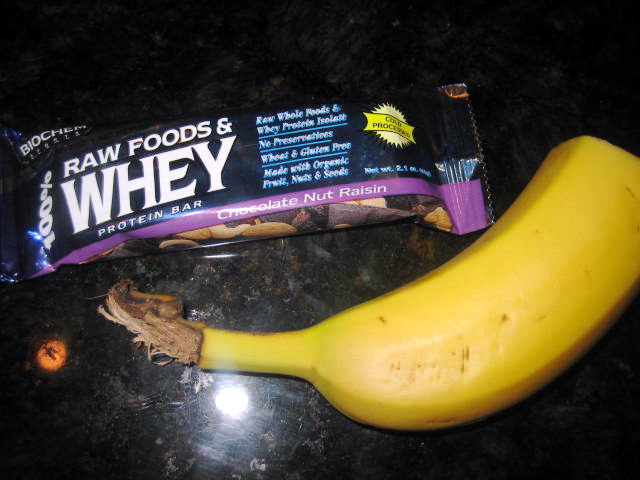