As most all of you know, I’m writing some recipes for Tazo Tea. I know I waxed so eloquently last night about not being affiliated with any more company sponsorship, but there wasn’t much I could do about this since I’m mid-contract. But, you should know that Tazo isn’t paying me for this….I just said yes originally because I love tea and writing recipes! I have two more recipes to go before the program is over and after that, you won’t see any more company endorsement on this blog in that manner.

Thanks for putting up with all of my weirdness.

So without further adoo, today I whipped up a batch of Rooibos Quinoa with Dried Blueberries and Coconut 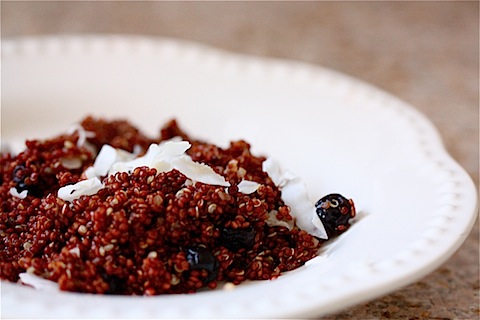 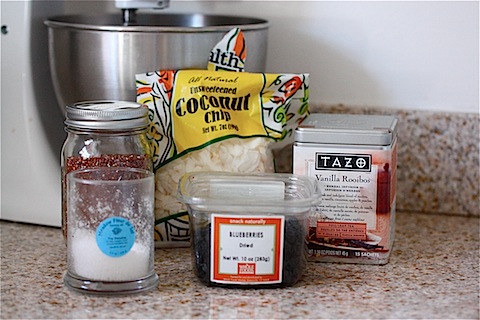 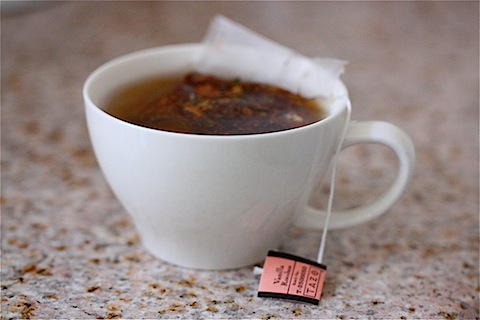 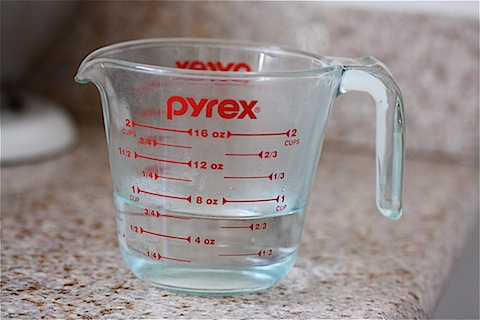 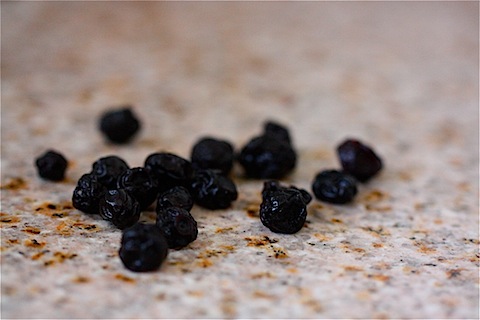 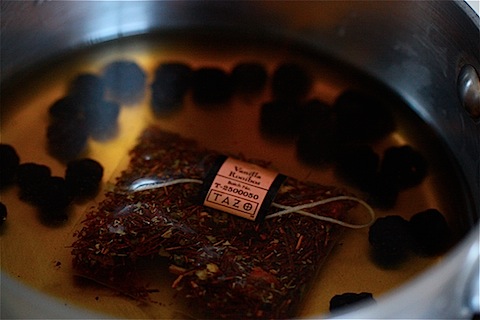 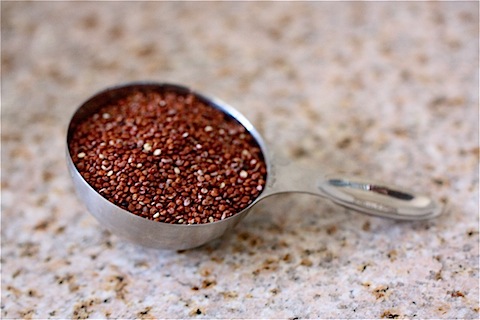 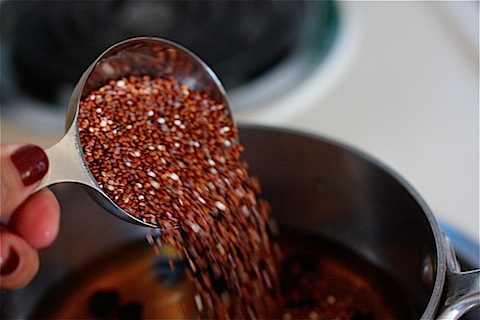 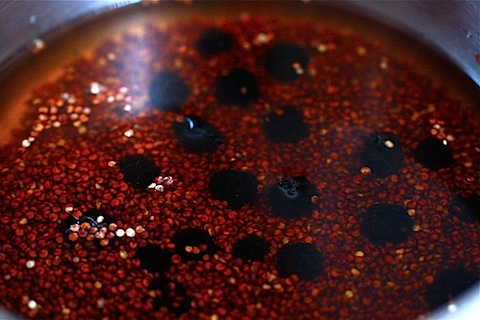 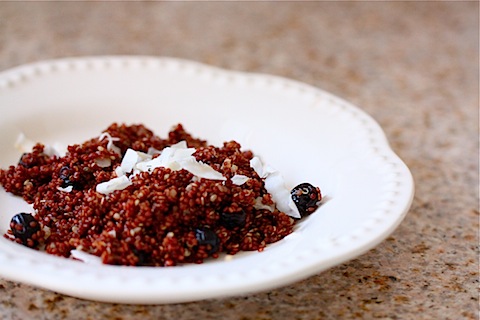 Voila! Coconut, vanilla and blueberries….oh my! You could probably even get away with eating this for breakfast. Maybe add a few toasted hazelnuts as well? The sky’s your limit!
Rooibos Quinoa with Coconut and Dried Blueberries
Serves 1 (easily doubled…or tripled!)
1/4 cup quinoa, rinsed
2 Vanilla Rooibos teabags
about two cups water
pinch of sea salt
1 tbsp unsweetened coconut
1 tbsp dried blueberries
Bring the water to a boil on the stove. When ready, pour yourself a cup of tea using one of the teabags. Let out a sigh. Pour 3/4 cup leftover hot water into a small sauce pot and add the other teabag, along with the dried blueberries. Let steep for about five minutes. Remove teabag and add quinoa. Bring to a boil, then reduce heat and simmer for about twelve minutes or until the quinoa has absorbed all of the tea. Fluff with a fork and serve with the coconut sprinkled on top.
Cookinghealthyquick and easyside dishesvegetarianwhole grain
August 13, 2010 By jenna
49
Dinner at Poggio in Sausalito A Night Out in Sonoma 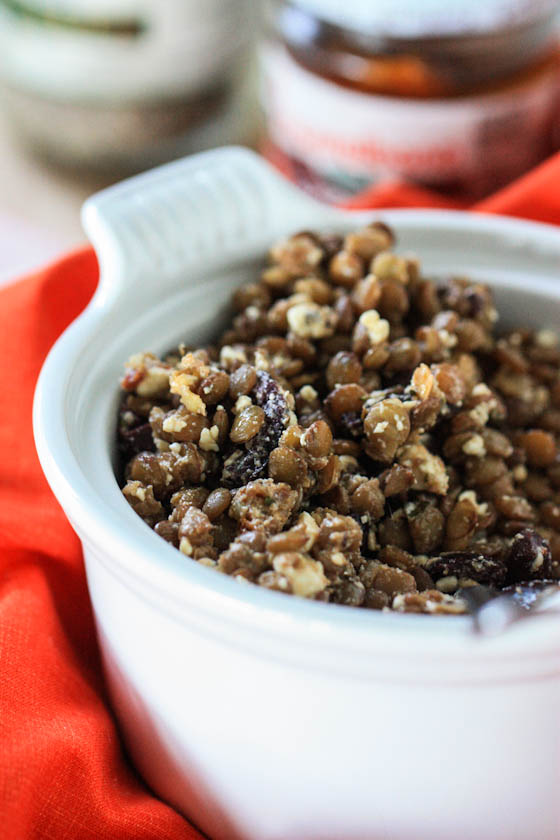 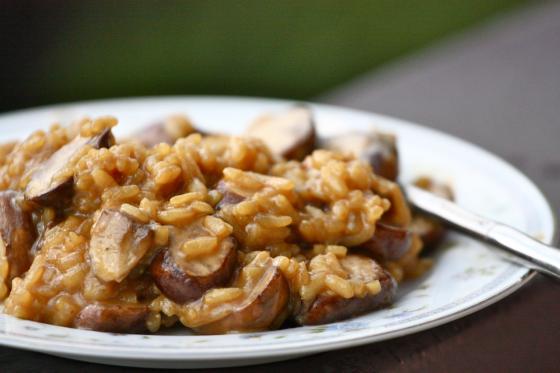