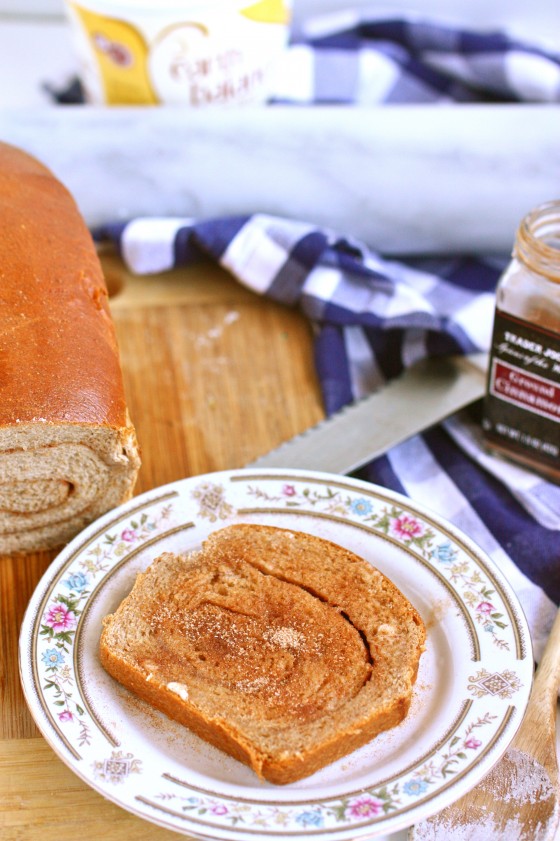 There is such thing as love at first sight and I don’t care what you say.

For instance, when I saw Pepperidge Farm cinnamon swirl bread for the first time in the grocery store years ago, it was love. I hadn’t even tasted it yet but I knew. You always know.

Shoes are another great example…but we won’t go there. Today, let’s just talk about this bread instead. And how amazingly soft and fluffy it is, despite being whole wheat, with spicy sweet swirls of cinnamon sugar all throughout.

I made it last Thursday and by mid-day Friday it was all gone. Every last crumb. I don’t know how that happened! How rude. You start with a very basic dough. Yes, you CAN do this! It’s really no frills: just whole wheat flour, white flour, a smidge of butter, yeast, milk, water and sugar.

New to baking with yeast? Read all about this friendly little fungus here! After a little rise, you just roll out your dough and smear it with butter, cinnamon and sugar. Well actually, I used Earth Balance not butter because I was out and clearly too lazy to walk the two blocks to the store. Delicious smelling, soft, fluffy cinnamon swirl bread! No raisins ’cause they’re not my cup of tea. The bread made a great snack and an even better breakfast the next morning, toasted and spread with some almond butter + more cinnamon sugar.

This bread was a total experiment and I let out a long sigh of relief when it worked. Sometimes things just don’t work…like the tomato feta pie I slaved over all day on Friday only to have it fail miserably. Poor Adam ate it anyway. Then brought me wine when I cried that my life was ending because I couldn’t make a simple pie. What a guy. Double the recipe and make two loaves! One for you and one to freeze for later. Or better yet, for your sweet neighbor or friend. Combine your warm milk, water, yeast and 2 tsp sugar in a measuring cup and let sit for 10 minutes until foamy. The temperature of the milk/water should be about 100 degrees…about the same temperature as a warm bubble bath but not too hot.

While the yeast is resting, combine the flours, 1/3 cup sugar, 3 tbsp softened butter, salt and 1 tbsp cinnamon in a large bowl. If you’re using a kitchen aid, use a paddle attachment and start to mix on slow. Then, drizzle in the water mixture while the machine is running. Increase speed to high and mix for about 6-8 minutes, until smooth and elastic. If you’re working by hand, simply add the water mixture to the dry ingredients and knead on a floured surface for 10 minutes until smooth. Put some muscle into it!

Spray a large bowl with cooking spray and place dough ball in. Cover with a cloth and let rise for 1.5 hours in the warmest spot of the house. I like to rise dough on top of the dryer when I’m drying my clothes.

While the dough is rising, mix together the remaining 3 T butter with the extra 1.5 tsp cinnamon and 1 tbsp sugar in a small bowl until smooth. After the dough has risen to double it’s size, roll out with a rolling pin on a floured surface to a long rectangle. Smear the butter mixture all over the top and roll up tightly.

Place dough in a greased loaf pan, cover with cloth and let rise for another hour in a warm spot.

Preheat oven to 350 degrees. Whisk together the egg and warm water then brush all over loaf. Bake for 40 minutes. Let cool and slice. 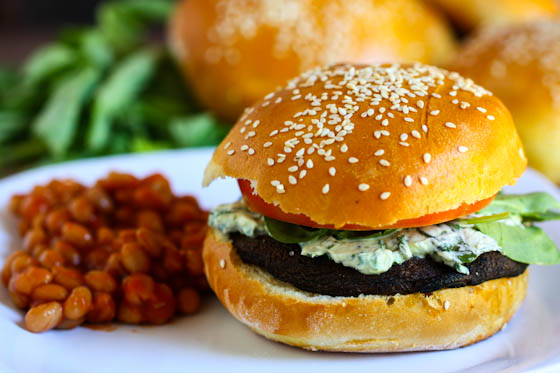 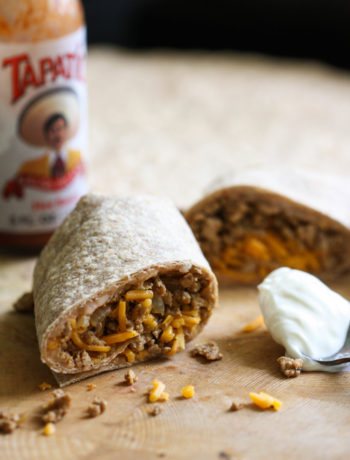 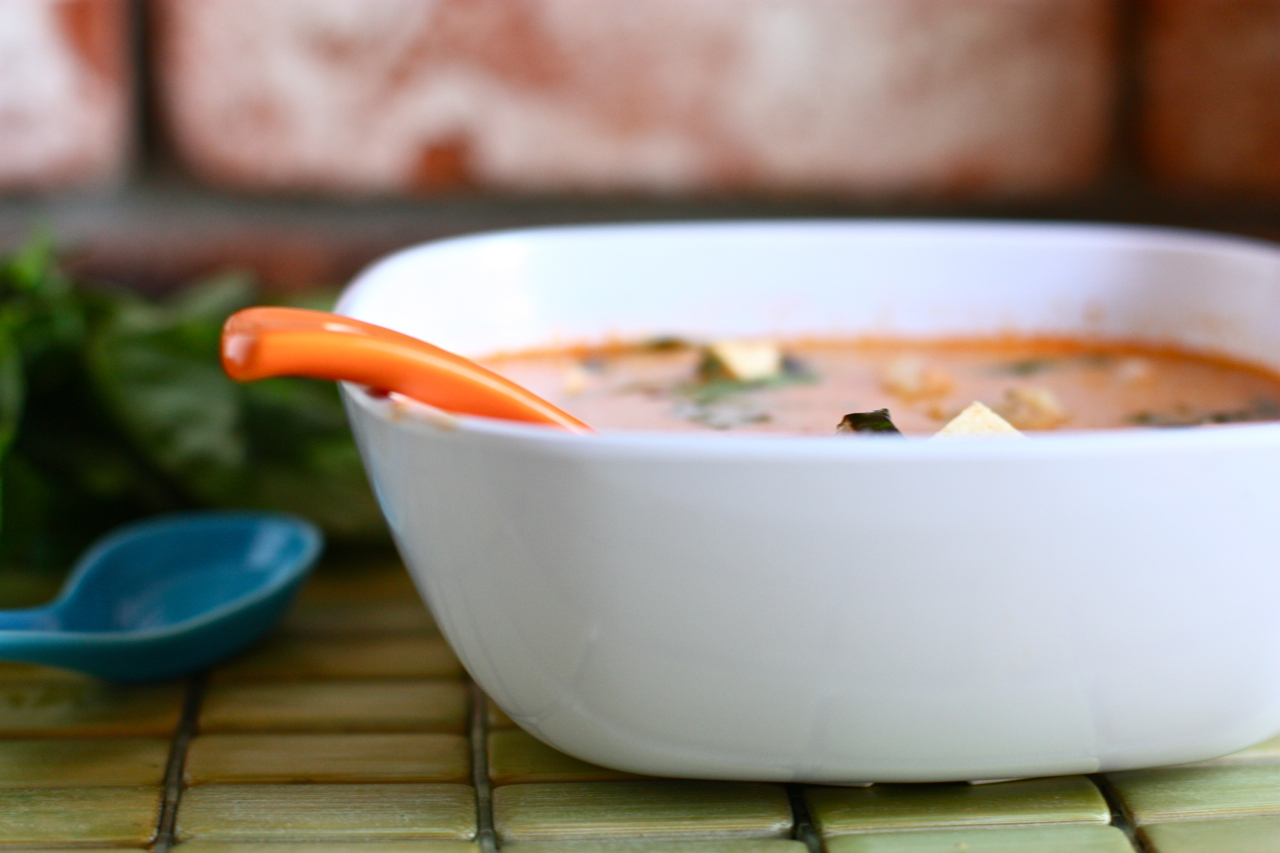