Almanzo had to work late at the office tonight so I thought I would brush up on my domestic skills and bring him dinner. 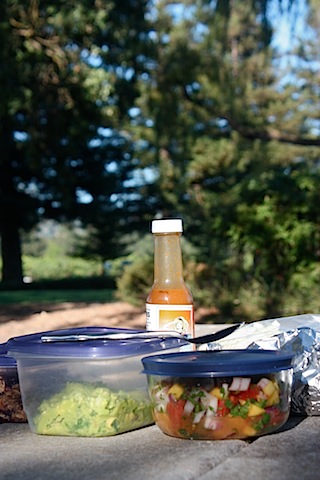 What was for dinner, you ask? Fish tacos! 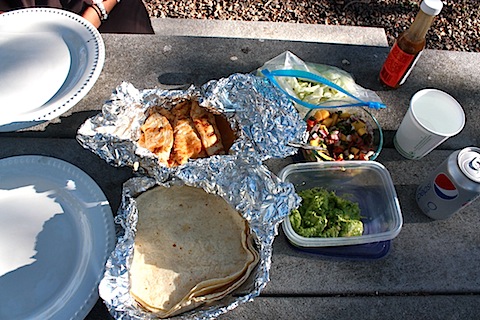 Fish tacos came to my mind this afternoon after talking on the phone with my mom. She said she’s been on a fish taco kick lately, mainly because they are so fresh, healthy and quick to make. I, on the other hand, have been on a biscuit kick lately.
She convinced me to put the Crisco down…for all of our sakes.
There’s no real “recipe” for these. It’s sorta an “anything goes” type of deal. For the fish, I used tilapia and just seared it in my grill pan for a few minutes on each side. 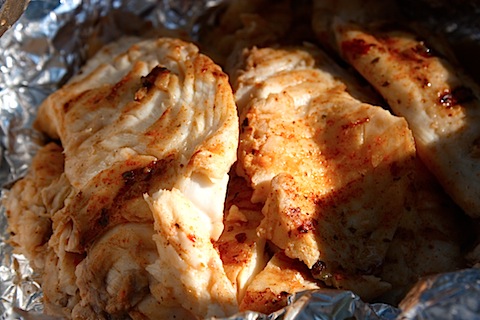 To go with the fish, I made a fresh mango salsa using one mango, half of a finely chopped red onion, two chopped heirloom tomatoes, the juice of two limes, one diced jalapeno and a bunch of cilantro. I think the salsa was my favorite part! 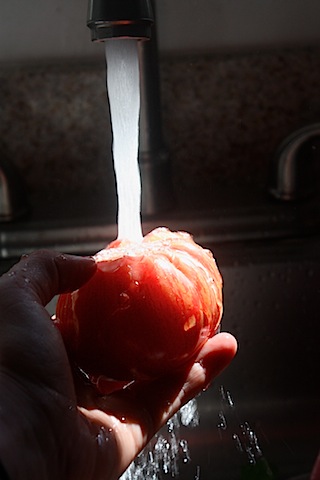 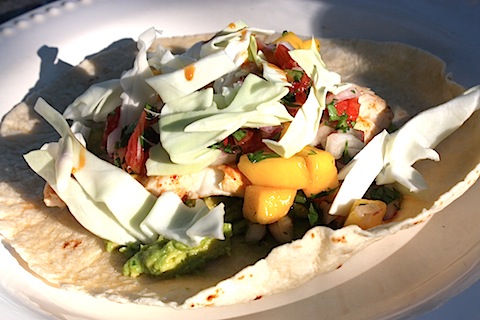 And then proceeded to stuff my face. 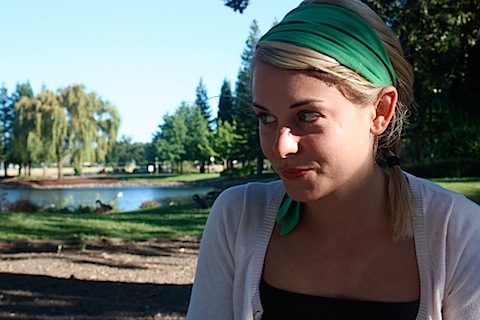 I also brought some homemade blueberry crisp in a mini tupperware for later….I like to think I do my part in saving Almanzo from the fate of the office vending machine. What can I say? 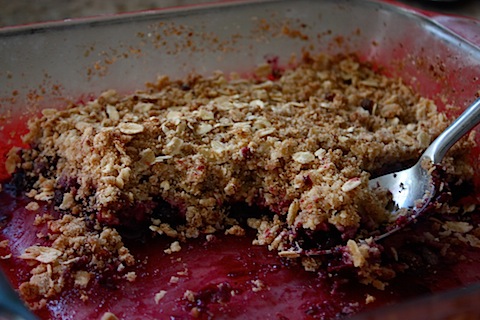 Recipe for this beauty will come tomorrow. Promise!
While we ate our picnic, we were joined by these friends: 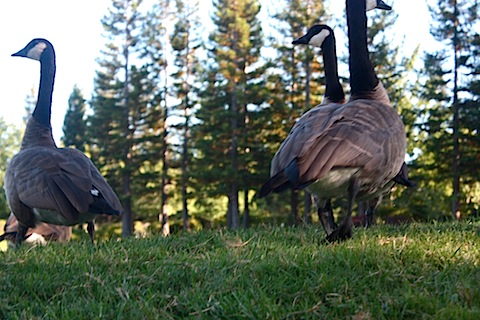 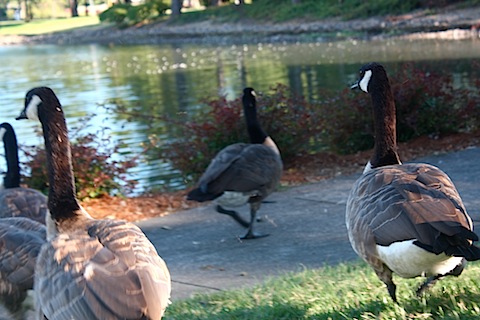 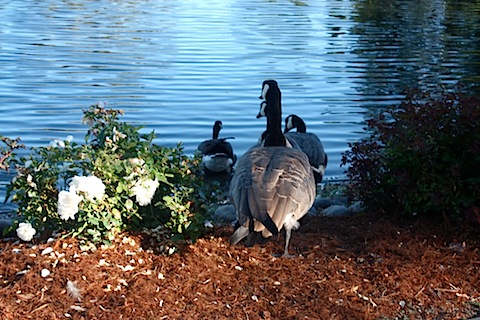 I tried to feed them mango salsa but Almanzo said no. This made me sad. 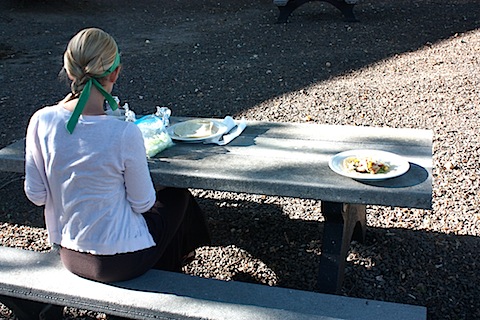 I guess he thought that if we feed them, they would in turn swarm his office and never leave. I don’t see what the problem is? 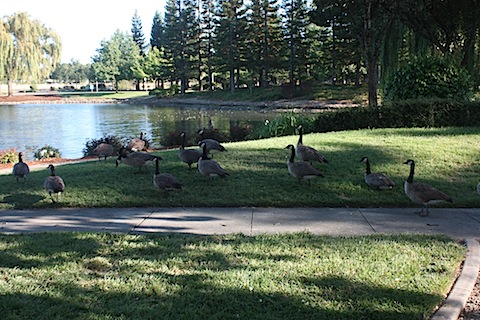 Fly away, creatures of the earth and sky! Fly, fly, fly away!
Anyways, we ate our tacos and took a leisurely little walk before Almanzo had to get back to work. Since I was on such a roll with dinner, I thought I could help further by putting together a highly complex camera thingy with lots of tiny screws and small print directions.
Ten minutes later I packed up my tupperware and left. And that’s all I’m going to say about that.
July 31, 2010 By jenna
46
Dinner at Starks Steakhouse Welcoming August