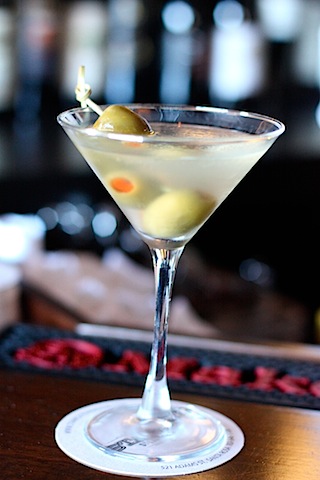 I met my friend Tina for a happy hour cocktail at Stark’s Steakhouse and John made me my very first dirty martini! 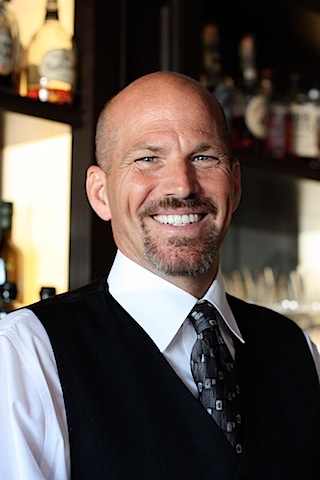 Hi John.
Stark’s has a great happy hour, if any of you are interested. They have two dollar martinis and a bunch of appetizers that are only $1.50 each! I didn’t even know prices like that existed anymore!
Back to the dirty martini. It was “good” but I think I’m more of a wine or cosmo girl. I liked the olives though! I always thought martinis were made with vodka….that’s how much I know. John set me straight though. I have to say, I have a pretty big aversion to gin because of a less than stellar experience I had with it in college. But you all really don’t want to hear about that, right? It involved turkey basters. It didn’t end well.
Anyways, getting back to Stark’s! Tina and I got pretty hungry and tried out some of their happy hour appetizers while chatting over our cocktails. 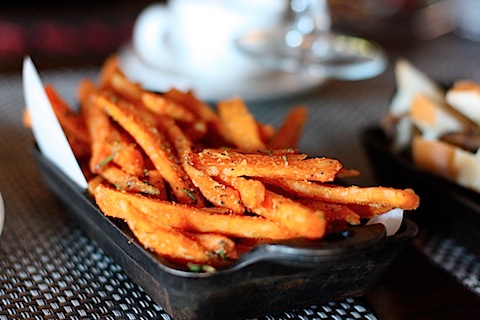 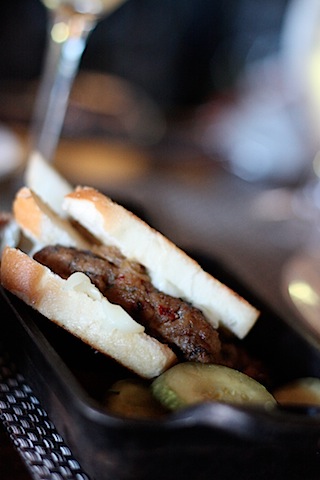 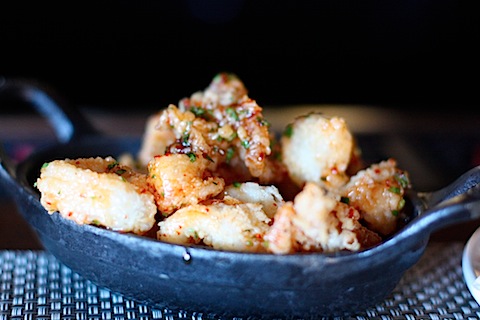 Calamari (this was my favorite!) 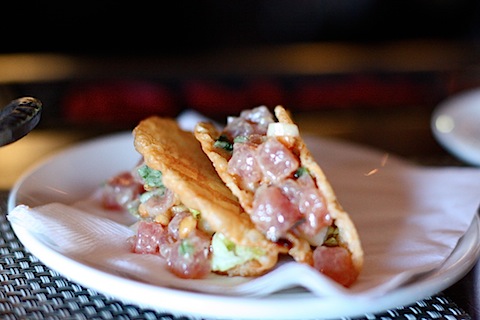 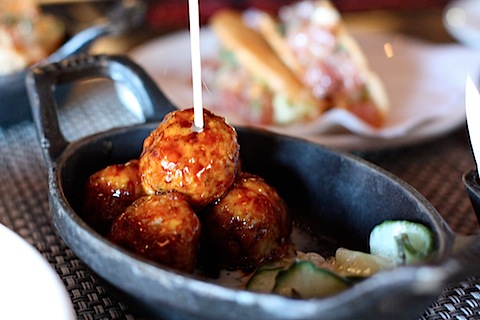 “balls” (when our waiter put these chicken meatballs down in front of us he simply said “balls”….and that’s what they were!)
Eventually, Almanzo showed up to save the day and we ended up sitting down in the lounge and eating dinner. At this point, I had been at Stark’s for two and a half hours and knew most of the staff on first name basis. That’s just how I roll. 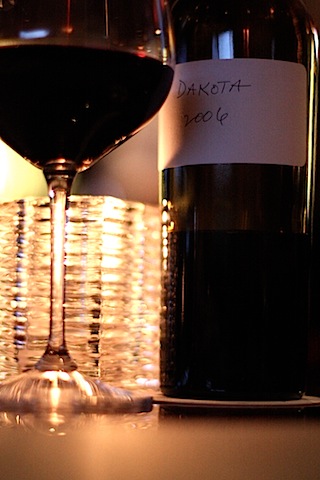 On John’s recommendation, I tried the spinach salad for dinner, which had mushrooms and goat cheese in it and was topped with a runny truffled egg. 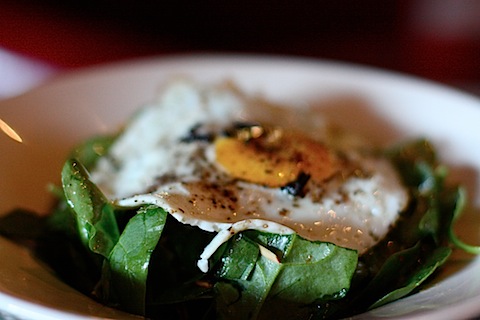 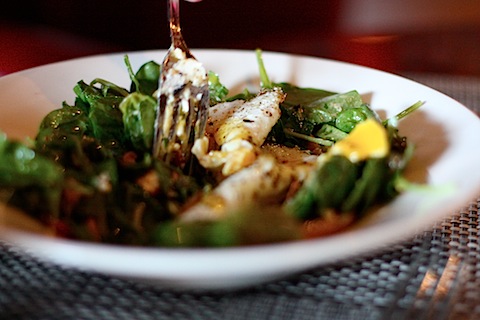 It was the best thing I ate all night. Love those farm fresh eggs….on everything.
I also had a half order of the beet and goat cheese ravioli: 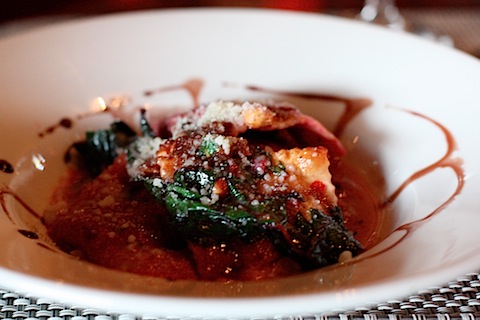 It was good, but somehow seemed to lack the goat cheese? I thought the inside of these soft little ravioli pillows would be a combination of beets and goat cheese, but instead it was just beets….and no goat cheese. Or maybe there was goat cheese and I just missed it. I don’t know. I need to try it again. And again. And again.
After we ate (I had been at Stark’s for four hours at that point), we went downstairs and took a tour of the wine cellar. It reminded me of a castle dungeon! 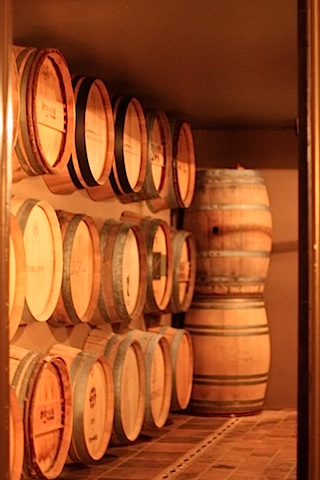 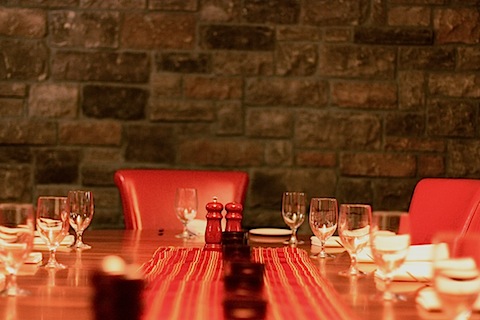 I look confused….and I don’t know why. I also wore a black dress and brown cowboy boots. How do you feel about that? 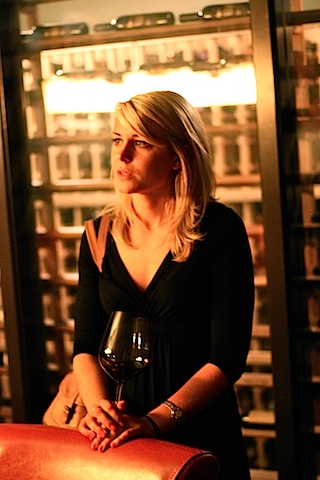 Finally, we decided to call it a night. I bid farewell to my new friends and rolled right into my elastic pants. 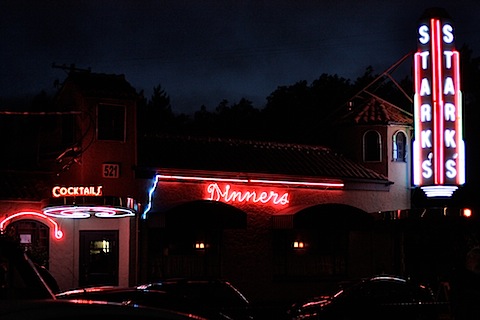 Katie, email jenna [at] eatliverun.com to claim your prize!
behind the butterrestaurantrestaurant reviewsreviews
July 31, 2010 By jenna
58
Rebel A Fish Taco Kick 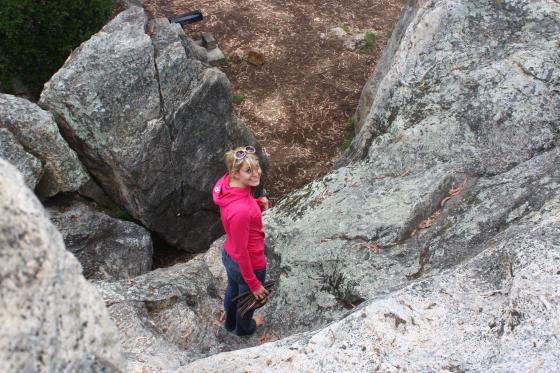 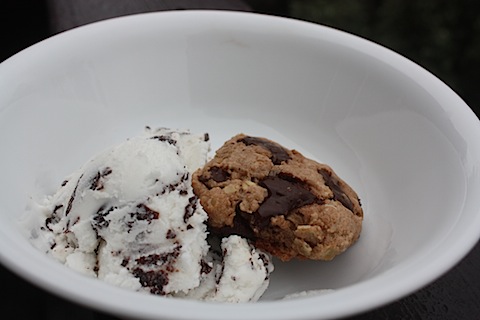