Hi guys! Oh my goodness, the apple pies turned out SO GOOD!!!!!

I should know because I just had a large forkful for my after-lunch dessert! 🙂 I’m feeling much better today and the only bad thing is that the doctor put me on a very strong antibiotic that makes me feel sooo sick to my tummy…so I waited and just took it now after lunch so I wouldn’t feel sick at school. I have my glass of ginger tea waiting but I hope it doesn’t make me feel as bad as it did yesterday. My breakfast this morning (swiss oatmeal) held me over quite well and I snack on 1/2 cup of grapes around 9:30 while the pies were in the oven during class. Really, grapes were all I needed because of all the protein, carbs and (good) fat in my breakfast! Def. will be making swiss oatmeal again soon!!!

For lunch, I finished off the rest of the pho, minus the noodles, which overnight dried out and were kind of gross. I was curious to see how much chicken was left so I plopped my bowl down on the scale first and weighed each part out. What I got was 2 ounces of white chicken breast meat and 9 ounces of chicken broth. I didn’t count the bean sprouts, cilantro or basil because they are basically nothing. Pretty healthy, though! I also had a slice (about 1.25 ounce) of my amazingly soft oatmeal bread that I baked yesterday. I put some promise light on it to make it even softer and it tasted amazing. I need to get this stuff out of the house before I eat it all!! On the side I had 1/4 cup tabbouli salad just for some more whole grains. I love that stuff! Then….the best part was the large (it really was a huge bite!) of apple pie. We made three 4″ pies today in class and of course had to bring them home. My bite was amazing….sometimes with a really good dessert it’s all you really need to feel satisfied. The crust was light and flaky and the apple filling was sweet, cinnamony and wonderful. I might be having some more for dessert later…. 😉 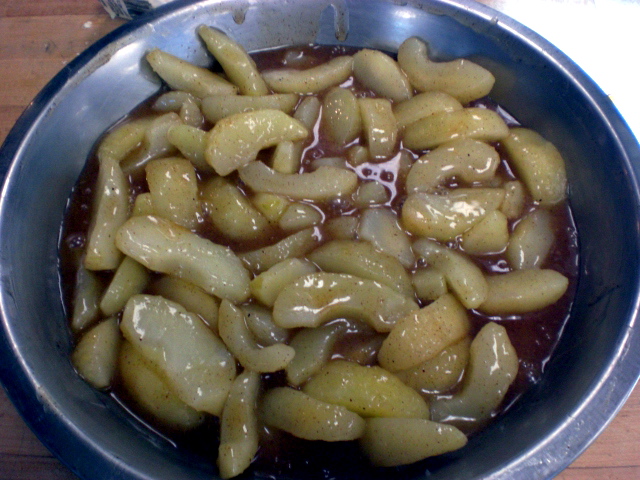 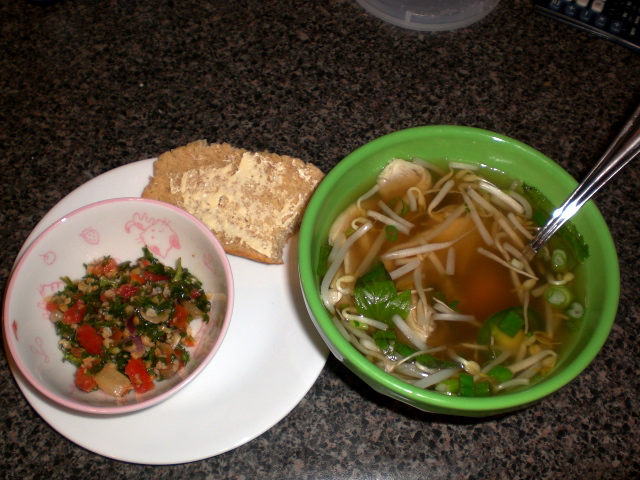 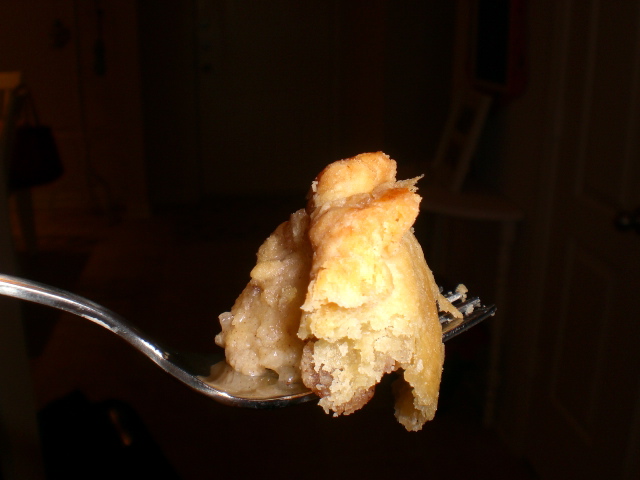 I’m guessing that this lunch (monster bite included!) was about 389 calories. 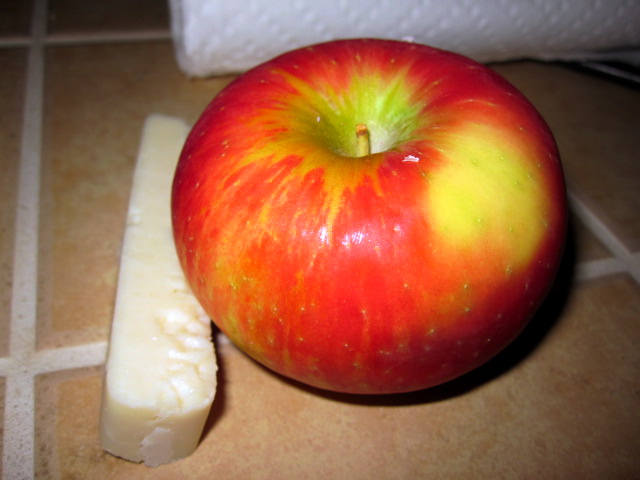