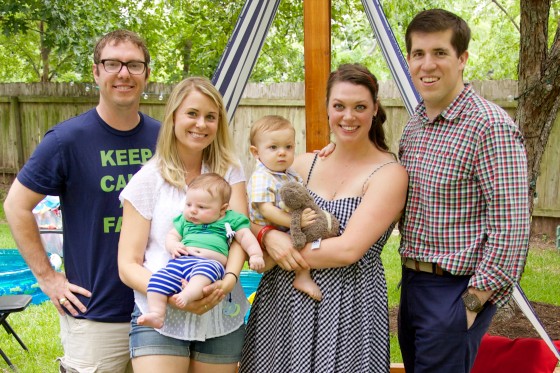 We’ve been on the go traveling for the past two weeks all around the country. With a three month old. Ambitious? Maybe. Fun? Absolutely. Exhausting? Completely.

The whole idea for the trip started a few months ago when we decided to fly in to Austin for our godson’s first birthday party {see above photo}. Morgan and Stephen are our dearest friends and we really wanted to be there. Morgan flew all the way here for my baby shower in April and they were part of our engagement story! We had also been talking about a possible August trip east to West Virginia where my parents live so my dad could meet Grayson for the first time. May is his busy season at work so he was unable to come with my mom for the actual birth. I can’t believe he didn’t get to meet him for three months — darn distance. Did I mention we miss our families? Cause we do. 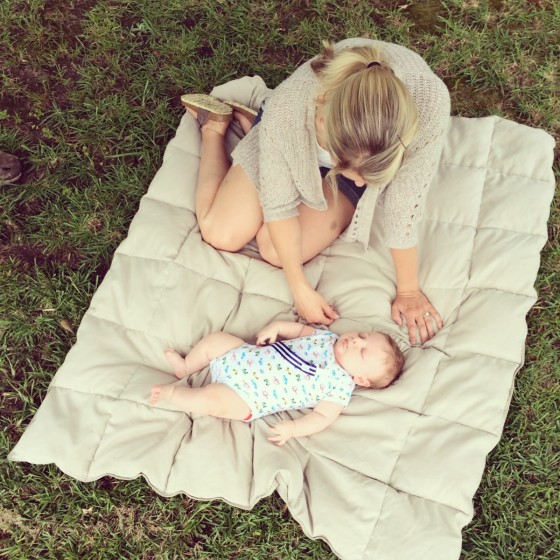 Anyway, the trip became much bigger than we had originally anticipated but we were up for the challenge! We flew into Austin on August 1st, spent the night with Morgan and Stephen and went to Ethan’s birthday party the next day, then we drove five hours to East Texas to visit with Adam’s family for a few days before catching a flight to DC. We spent the night in DC just the three of us then I took the train the next morning to my parent’s house in West Virginia. Adam stayed in DC to work and then met up with us over the weekend. The three of us drove back to DC last Sunday afternoon, stayed at an airport hotel that night and then flew out at 7am back to San Francisco on Monday. To say it was exhausting would be an understatement but we also had so much fun! Naturally, there were some stressful moments coming from traveling with an infant but for the most part everything went smooth. I only wish we could have spent more time with our families but we’ll see everyone again this fall.

I adore this photo of my dad meeting my boy for the first time. After such a hard season full of heartbreak five years ago, the Lord has truly blessed our family in redeeming ways. 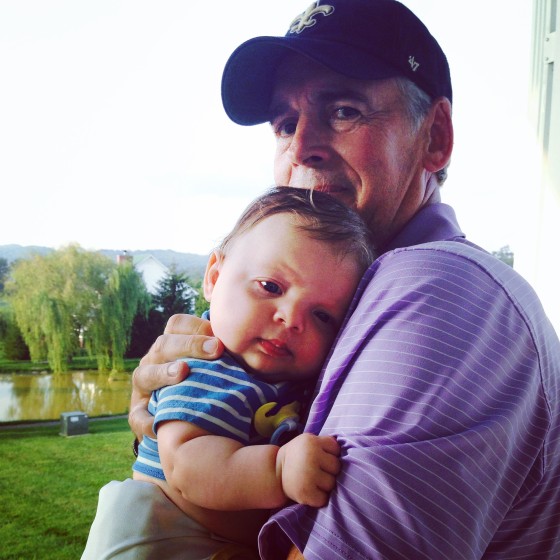 Somehow, in that brief few hours Grayson and I spent in DC we managed to go to the Lincoln Memorial because, you know, Grayson wanted to read the Gettysburg Address. Random fact: I was born at GW Hospital in downtown DC! It was fun to take Grayson to both of our “hometowns”. 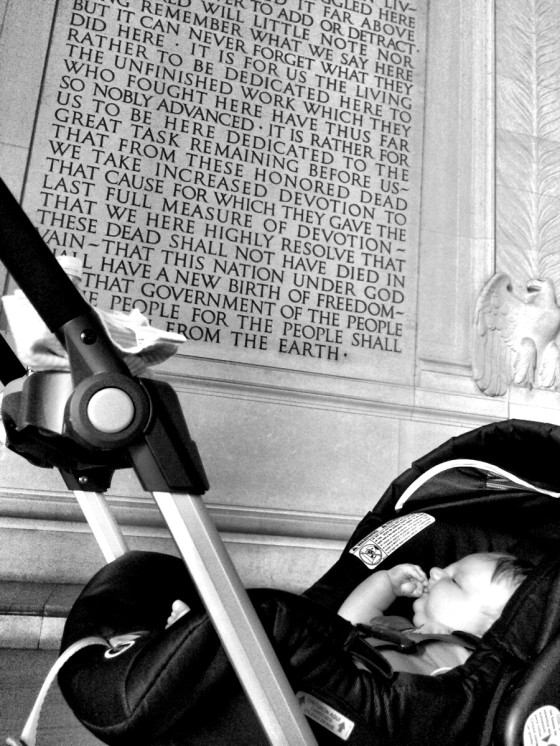 Oh, and here we are on one of our three flights. I’ll write another post with my tips for traveling with an infant but let’s just say getting an extra seat to put him in the car seat in is clutch. Airplanes with babies = stress central. Thankfully we all survived and it really wasn’t as bad or scary as I made it out to be in my head. I was soooo nervous for the flights on this trip but they really weren’t that big of a deal. 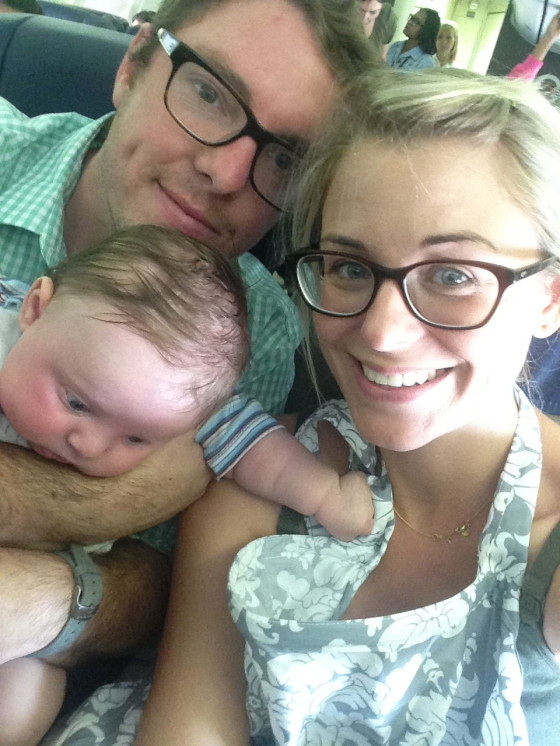 The train, on the other hand, proved to be a bit more involved than I had anticipated and my six hour ride turned into an eight hour ride. Not sure I’ll do that again any time soon although it sure was convenient. Let’s just say mama needed a BIG glass of wine after that experience. 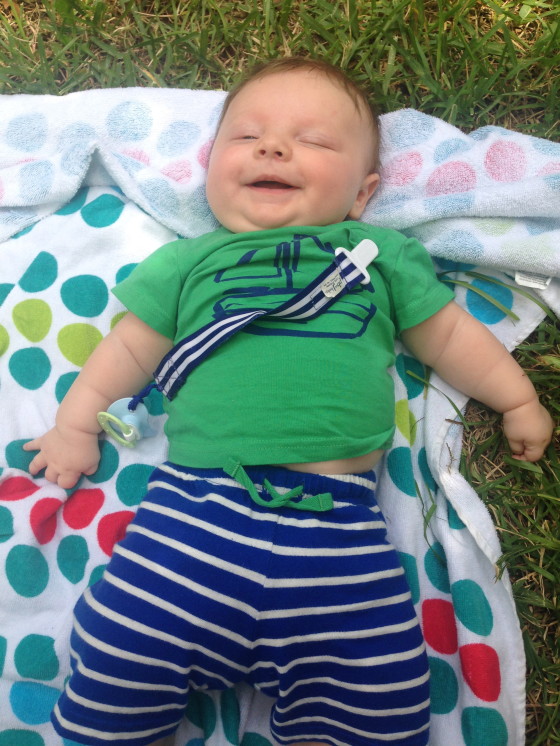 We discovered on this trip just how much Grayson loves being outside. Seriously, just put the kid down in some grass and he’s good to go. What you don’t see in this photo is the fistful of grass he has in his hand. This photo was taken two seconds before he tried to eat it.

And yes, we cloth diapered the whole time…except for during the flights. We used Honest diapers on all airplanes.  I went back and forth a lot on whether I wanted to cloth diaper on the trip or just use disposables. I ended up cloth diapering because it’s all we really know {Grayson has been in cloth since he was six days old} and I don’t really trust disposables like I do cloth. The last thing I wanted to deal with was blowouts and wet jammies. One might say it added more work, but I’m already so used to doing the laundry and folding the diapers that it really didn’t seem like extra work to me at all. We traveled with 18 flat birdseye diapers and six econobum covers and that was perfect. Flat diapers wash really well and it was easy to just padfold them and stick them in the diaper cover. No leaks or blowouts on this trip! It was easy to do diaper laundry at my mother in law’s house and my parent’s house. No biggie. 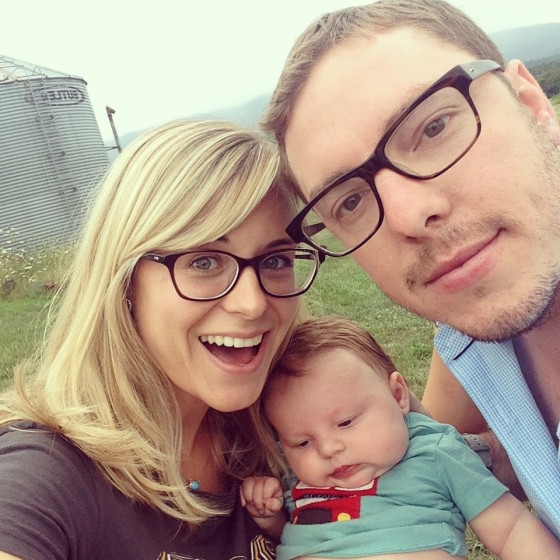 Overall, it was a wonderful trip and fun to expose Grayson to a new part of the country! In twelve days, we hit up Texas, DC, West Virginia and Virginia. We took three flights, had two five hour road trips and one eight hour train ride. We stayed in two hotels and I did six loads of laundry. I’ve never been so happy to get home in my whole life and four days later, we’re still recovering. As in…I haven’t changed out of yoga clothes all week and Grayson is still a bit jet lagged. I’ve determined that babies really aren’t hard to travel with, it’s the coming home and getting back on normal schedule that’s really challenging. 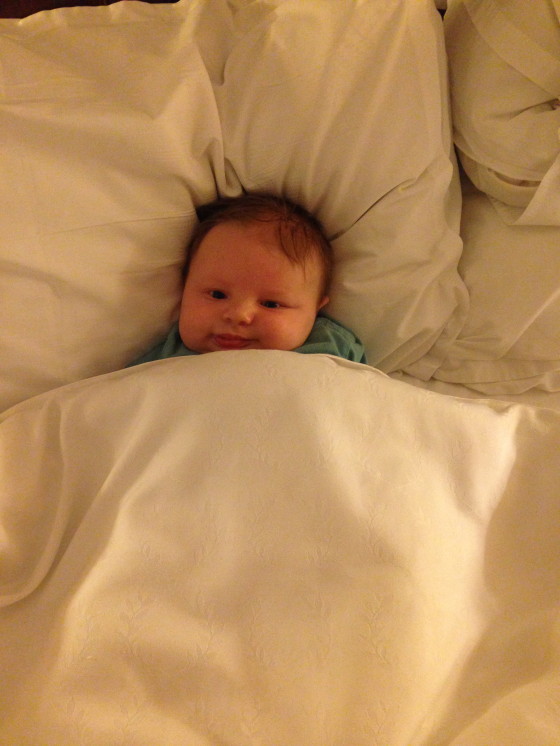 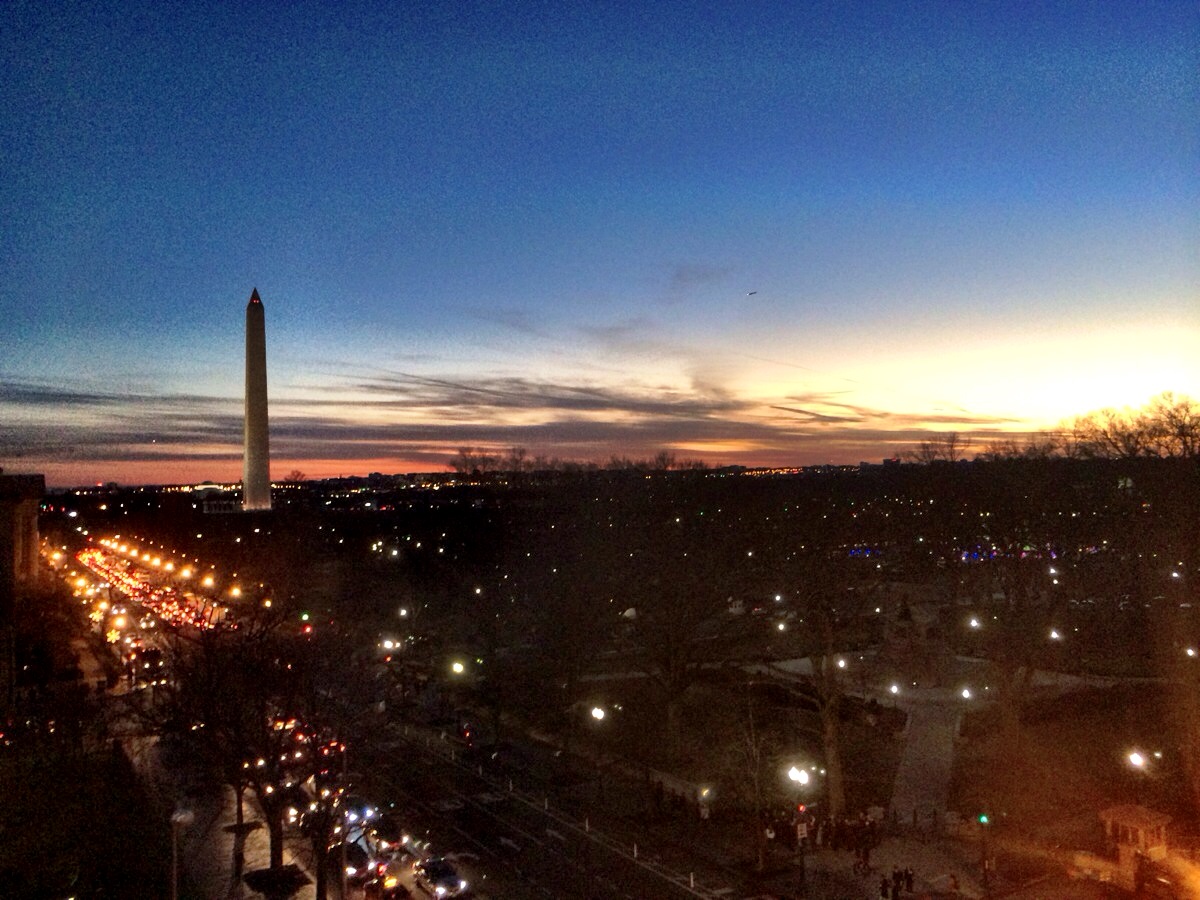 in the mood for a giveaway