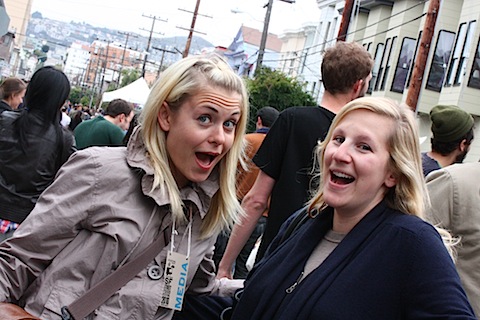 I already told y’all about my morning at the farmer’s market so now let’s get right to the main event of the day…….. WARNING! The following involves pork and a lot of it.

I went to the SF Street Food Festival last Saturday, representing Foodbuzz (my ad network) and pretty much ate everything in sight. I mean, isn’t it every foodie’s dream to be surrounded by about two hundred local food vendors in one of the best cities in America? It was a tad overwhelming, I’m not going to lie.

Not only did I have to face my fear of porta potties for the second week in a row, but I also had to face throngs of hungry people, glimmers of pork and fried chicken in their eyes.

This really doesn’t have to do with anything other than the fact that I am lusting after this woman’s t-shirt. I mean, seriously. Can I get an amen? Thank you.
Moving on.
Because I was there on Foodbuzz’s behalf, I got to cruise the festival an hour before the mobs arrived and chat with a few of the local vendors, some of which were setting up shop for the very first time. I loved the sense of community at the festival, which was put on by La Cocina, a non-profit dedicated to helping low-income food entrepreneurs get on their feet. How awesome is that? Read more about La Cocina’s mission here. I was very, very impressed. Just seeing the huge smiles on the faces of the vendors, as they got ready to face all of hungry San Francisco was amazing in and of itself.
Here are some of my favorite festival faces….just going through this pictures again makes me smile! And some of my favorite bites from the day! If you can even believe it, I was at the festival from nine thirty in the morning until five thirty. I made the first round with group of media, the second round with Beth, the third round on my own and the fourth round with Almanzo after his delayed flight finally arrived. So yeah, I think I conquered it. Done and done.
The highlight of the day? Watching Joey Chestnut eat twenty seven tacos in five minutes. Or maybe it was watching Almanzo’s face while Joey Chestnut at twenty seven tacos in five minutes. events
August 23, 2010 By jenna
66
The Ferry Building Farmer's Market Sittin' by the Dock of the Bay The Skinny on Skincare 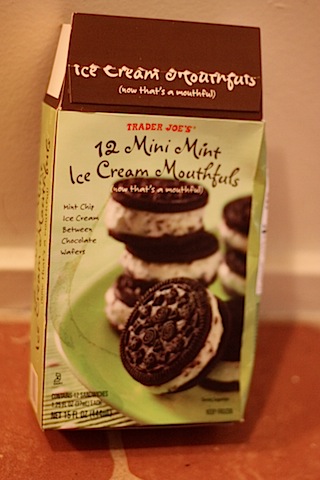