Only a couple more days until the weekend…..but when I think of all the production I have to do at school during the next few days it seems like years! Last night went okay. There were a few minor happenings that sort of set me back such as, when I put my biscuits in the oven I realized with a not-so-good feeling that I had forgotten to add the two teaspoons of baking powder. I had to pull them out of the oven, throw away that entire batch and start again from scratch. All to be graded were a dozen macaroons, a dozen chocolate chips cookies, 6 blueberry muffins, 4 buttermilk biscuits, a dozen icebox cookies and one apple pie with lattice crust. I got it all done though and set on the rack for grading around 10:15 and went home around 10:30, so that was nice at least. Tonight is bread night and the night I’ve been most excited about for awhile. I’m all set to make baguettes, soft white rolls, whole wheat fougasse and rye. Let’s hope I don’t kill my yeast!!

This morning I took a rest day from the gym and instead got things done around the apartment. I made a nice breakfast of an oatmeal pancake (1/2 cup oats, 3 egg whites) with a mashed banana and a big spoonful of almond butter. 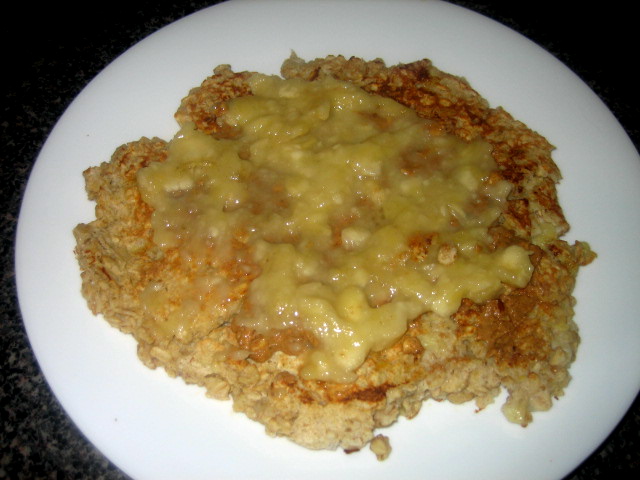 For lunch I packed a huge salad with about five cups of greens, a large diced carrot, some cucumber, cherry tomatoes, the rest of my rotisserie chicken and a sprinkle of dried berries. I made my own dressing with a tbsp of olive oil and a few dashes of balsamic vin. I probably won’t use all the dressing I made, I’ll just sprinkle it on at work. 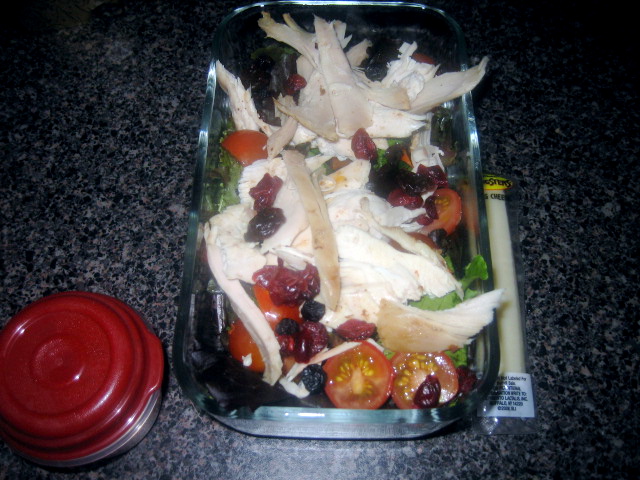 I also packed a string cheese (although I’m not sure if I want to actually bring this yet), a kiwi and some Newman’s Own pretzels and hummus for a snack later. 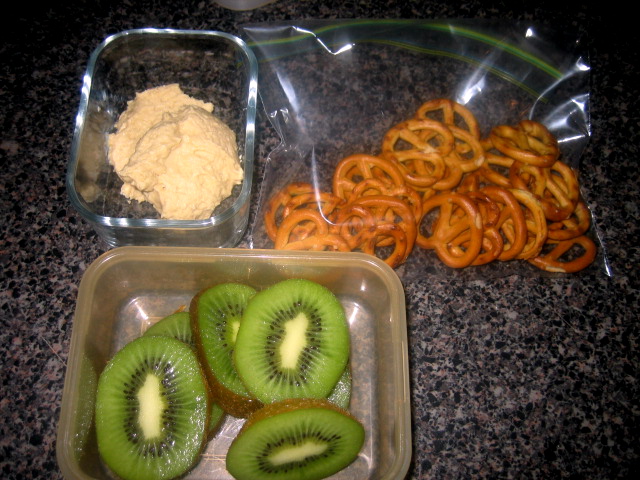 Have a great Wednesday folks!

Edited to add: I’m being super indecisive this morning and instead of bringing pretzels and hummus for a snack, I realized that I’m craving kashi crackers so I packed some of those along with my string cheese to have instead. 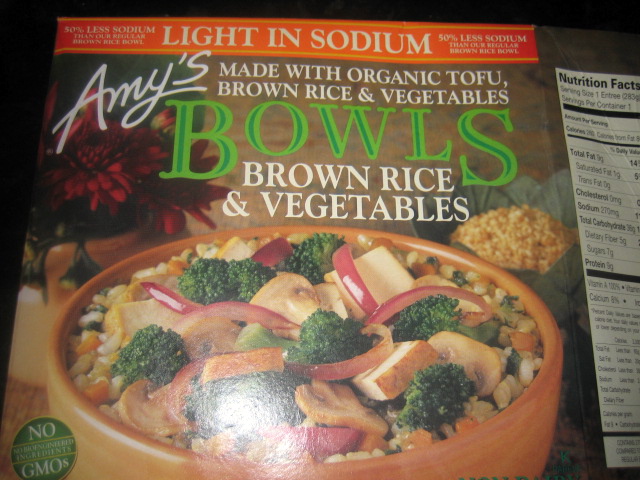 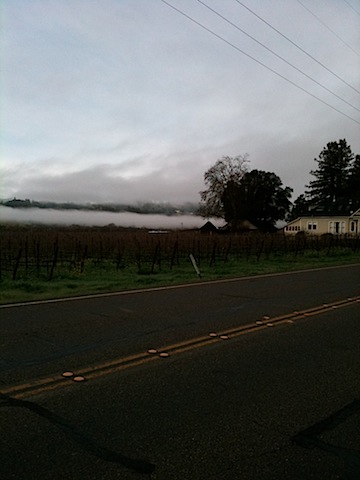