Beware: Extreme Southern gluttony and overindulgence ahead. Read ahead at your own risk!

Hiya guys! Did ya miss me?! I missed yall!!! Seriously! I was in blog withdrawal….it was the longest time I have ever been without blogging but thanks to my handy-dandy-super-cute-hot pink blackberry, I did manage to read all of your comments (thank you!) and keep up with my emails! Like I thought there was ZERO internet service so I’m glad I didn’t lug my laptop up. Basically, it was a long weekend of family, food and plenty (and I mean PLENTY of drink). Basically, I need to detox. Asap.

Here is a huuuuge photo recap. I actually took 78 photos! I am going to limit the commentary and just give you the good stuff. I also recorded a movie and will be working on that tomorrow to show at some point!

After my flight (+ an unpictured honey crisp apple on the plane)—

Dinner on Christmas was blue cheese salad with grilled lobster tails (Ryan grilled them and they were FANTASTIC! Such a treat!) with spicy honey mustard dipping sauce, dirty rice and a roll. I ate everything but only half the roll. Add on about 2 glasses of wine?

A few pieces of peanut brittle—

We stayed up til’ 2:30 opening presents and catching up. I got some really nice things from Ryan’s family including (sorry no pictures!) a new watch from Brighton, a Vera Bradley purse, a new cookbook, an ll bean fleece, a soft nightie and fuzzy christmas socks 🙂

The next morning I had a HUGE bowl of Special K with Protein with silk and blueberries. I had never had the Special K before but when I got up there I realized I forgot my oatmeal so this was the next best thing. It tasted okay but I was hungry about 20 minutes later…..I am an endless pit when it comes to cold cereal. I also had a half of a slice of toast with jam. That day all 13 of us ventured into Asheville and had lunch at the Moose Cafe. It was actually featured in Southern Living as one of the best Southern restaurants! Man oh man…..it brought me back to my good ol’ days in Tuscaloosa. I NEVER eat this way except ’bout once every year or so and at the beginning of the weekend I decided just to take a total holiday and eat whatever I wanted. I indulged in all my favorites and it was aaaaaaaaaamazing!!!! Sweet Southern tea in a mason jar—my fave!!! I used to drink it daily at my sorority house and then gave it up for the most part because it really is just straight sugar. But oh baby, it sure is good! I ate about all the chicken and dumplings (my favorite southern splurge food EVER) and half the apples. The carrots weren’t my cup of tea and the cornbread was just okay.

Erin and I love the Moose! 🙂

While in Asheville we visited the farmers market! Check out all the local honey and molasses!! Unfortunately they just took cash and all I had was my credit card so I didn’t buy anything… They even made homemade bread! I was impressed! Ryan’s aunt bought some still warm cinnamon raisin 🙂

I was full from lunch for about 7 hours. Dangggggggg!!!!!! Good thing that afternoon all of us “kids” went on a 45 minute hike up to the top of “Big Bald”, the biggest mountain around Grandma Dot’s cabin. Don’t worry. I got the whole thing on camera because it was hysterical—we were all huffing and puffing and dying because it was straight uphill and COLD. Us girls made hot toddies with some locally made apple cider Erin bought at the market— + a ton of rum. Tehehehehe The painful hike was worth it though because we got some amazing photos and the view was breathtaking. And, going down was much easier!

I love this one:

We got back to the cabin just in time for cocktail hour and dinner. Ryan’s uncle had been smoking a big butt of pork (kinda gross to write but true!) in the smoker outside for the past 8 hours and it was prime for the choppin— We smothered it in bbq sauce and had mac & cheese and homemade baked beans. I also tried my first bit of deer meat! Ryan’s cousin shot this deer himself in north florida around Thanksgiving time and it had been frozen so we could have it on the trip. I’m not sure what I thought. It was “different”. Definitely had a game-y taste but the flavor was pretty good.—

Plus a few tater tots 🙂

A tiny slice of Grandma Dot’s homemade rum cake for dessert. Plus about 3 glasses of vin0—(don’t judge, it was a holiday!)

The wine was actually local…..a guy from Ryan’s family’s church makes it here in Tampa! I thought it would be horrible (florida wines usually aren’t so hot) but it was actually AMAZING! Or so I thought after a few glasses….haha. Again, didn’t get to bed until 1:30 after many glasses of wine, laughs and a guitar jam + singalong session. I woke up the next morning at 9:45 (!!) and had another bowl of special K with silk along with a slice of that farmer’s market homemade cinnamon raisin bread with peanut butter. The peanut butter was skippy and I was so not used to the taste after eating all natural for so many years. I found it WAY too sugary!!! I guess I just like healthy things… That afternoon Ryan and I went on a 1 hr and 15 minute walk/hike outside! We took the dog with us and only planned on staying out for about 30 minutes but just started walking and walking and it felt so good to be outside and exercise a bit that we just kept at it. There was no snow over the weekend (temp was in the 40s and 50s and sunny) but we hiked up to the ski lifts where they had the snow blowing machines set up and we made snowballs there! We got home just before dark and enjoyed an orange, a “yummy” (bourbon, water, cherry juice and bitters) and a beautiful mountain sunset…. Dinner was homemade fried chicken (yes, I know. Jenna did eat fried chicken!). The guys fried the chicken out back in the deep fryer and the girls slaved away in the kitchen and made gravy. Wine and spoons in hand, obvi—

My plate of white meat friend chicken, Grandma Dot’s famous okra with tomatoes and bacon and a buttermilk biscuit with honey (my southern girlness comes out again!). Plus another 2 or 3 glasses of wine…..: This morning (phew we made it!!!!!) I had ANOTHER bowl of special K and a toasted english muffin with peanut butter and homemade jam: We were busy saying goodbye to people and cleaning the cabin that we didn’t get to eat lunch til’ 2:45!!!! I snacked on some candied nuts (I know, I know….) that Tricia, Ryan’s cousin’s wife made—

And we finally made it to Applebees on the way to the airport. By this time I was totally feeling the effects of the weekend and wanted just a simple piece of lettuce to suck on. My IBS was really flairing up after eating/drinking everything this weekend and I knew I needed veggies! I ordered a chicken salad off the weight watchers menu along with a cup of tomato soup.

Later, on the plane, I got my knight in shining armor to buy me a “primo snack pack” for 5 bucks. Look at all you get!!!!!!! It was amazing! How cute, right??!!! I ate the tiny larabar, the biscotti cookie (my favorite!) and the dried apricots. Dinner was late when we got home, around 9:00, and was just pita pit. I ordered my usual—-hummus and all veggies on whole wheat—-

I have now been writing this for about an hour and 15 minutes!!! dang! I should win the prize for the longest blog post ever. Hopefully I haven’t lost yall at the beginning. I don’t blame you though, I’m falling asleep myself! Tomorrow my plan is to get my booty in recovery mode and that means going to Bikram and sweating all that southern goodness out.

I hope everyone had a FANTASTIC holiday weekend. Only a couple days left in 2008! What are you goals for the new year???! 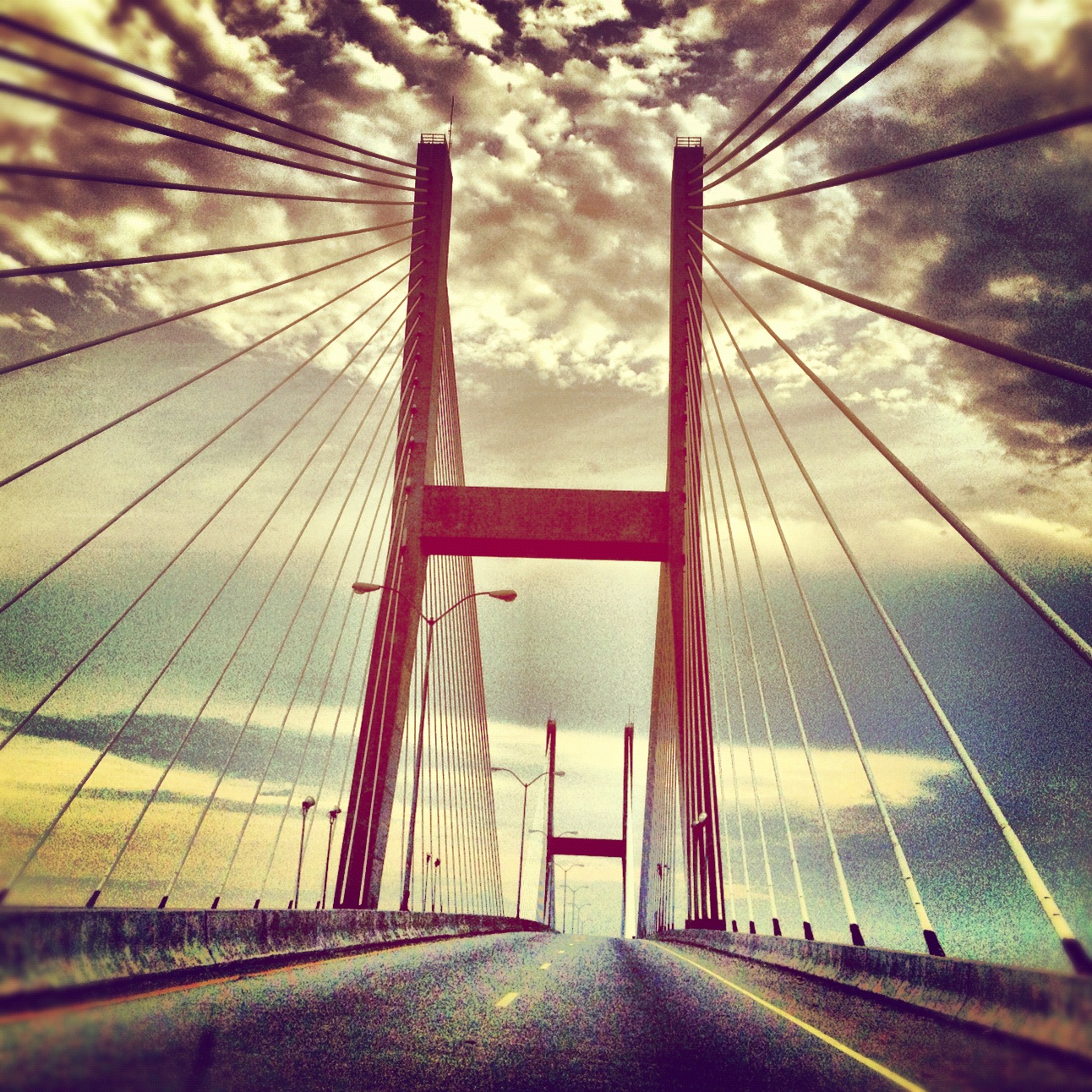 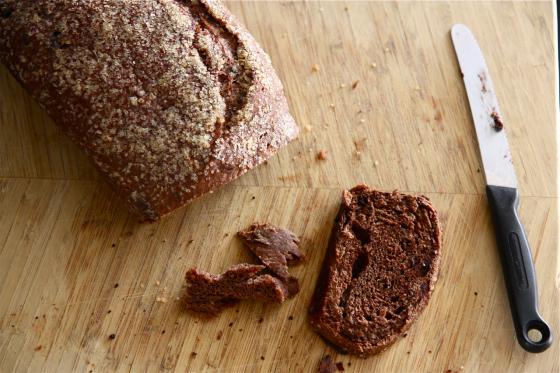 the things she carried 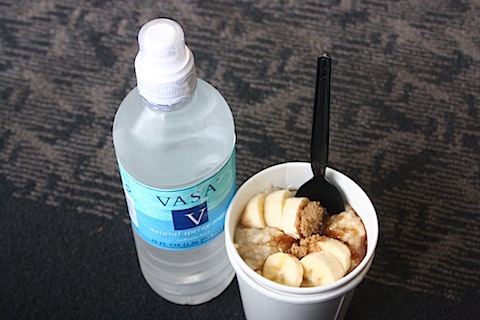