Sorry for the late post, but Ryan and I just now getting home from a day in St.Pete with the fam. for an early birthday extravaganza :).

This morning I couldn’t wait for lunch and snacked on half a pb larabar on the way to the mall…. 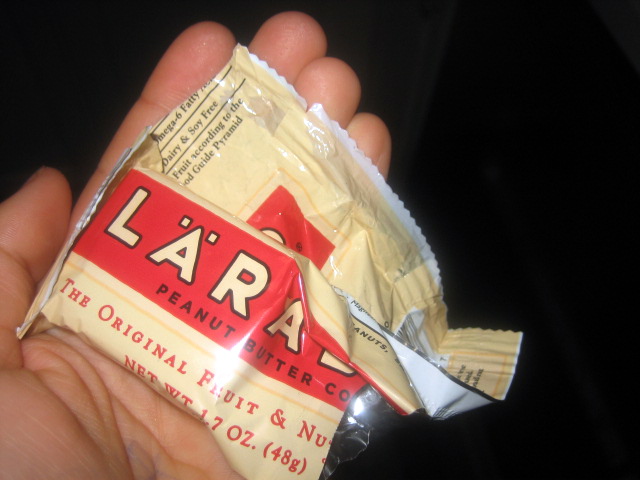 We went BACK to the running store so we could get Ryan fit for new shoes, but unfortunately he is a lost cause. He had major leg surgery in college and no shoe will ease the pain he gets in his knees and lower back when he runs. So sad because I would love for him to train with me! I also talked to the guys at the store about my ankle problems and they told me flat out that 3 miles  yesterday + 2 this morning was WAY to much when I haven’t been running at all really. I pushed myself too far by running two days in a row. The guy there (a marathon runner) advised me to look into the Pose Running Method, a method that actually changes the way you run, because it helped him get over constant stress fractures and now he is a marathon runner and loving it! Definitely something worth looking into…I guess you train yourself to land on the ball of your foot rather than your heel. I’ll have to try it out later this week..I guess it really really works your calf muscles and reduces chance of injury. As for right now, I’m starting really at zero like he advised and I’m going to keep running the 2 mile distance for the next three weeks until there is absolutely NO pain (and NOT running every day). I don’t want to push myself now and regret it later!

After the mall, we stopped at pita pit and I got a deeeeelicious turkey pita (whole wheat) with spinach, mushrooms, onions, jalepinos, pickles, honey mustard and hot sauce. Unfortunately though they forgot to seal the end of my pita and one bite later, I was wearing my pita. 🙁 The entire thing spilled out the bottom! I was sooooo mad! Luckily it wasn’t that much that fell out…only the spinach and mustard. I still had to come home though and change my outfit… 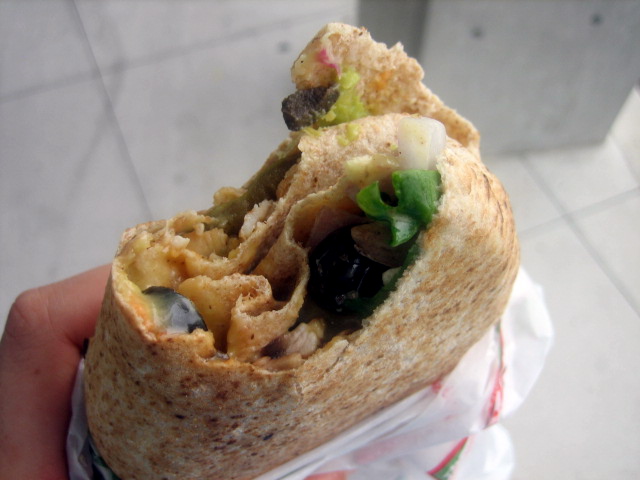 And we then we FINALLY headed out to St.Pete to meet up with Ryan’s family to celebrate! We took advantage of Gustav’s waves and went over to the beach for awhile so Ryan could surf. Obviously you can’t really surf in the gulf except when there’s a hurricane….and let me tell you, the waters were packed with surfers even though it was pretty crappy outside! Erin (Ryan’s sister) and I were onlookers while Ryan caught some waves! 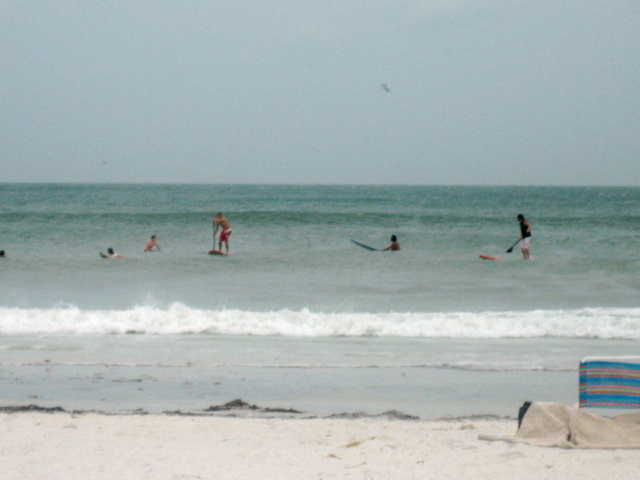 We *think* the second guy from the left is Ryan. My camera started to get fuzzy! I snacked on this bar: I’d love to do a full product review of this but I won’t have time until probably Tuesday. Let me just say that I LOVED IT!!!!!! I’ve been adamant to try this because so many bloggers have complained about them being too salty but this was sooo delicious. I looove sweet & salty things and this was the perfect snack! It kept me going for about 4 hours so that’s always a plus as well!

Once back at Ryan’s parents, I relaxed with a glass of red wine. I had two glasses throughout the evening. Errr I do have on shorts underneath Ryan’s long sleeved t-shirt…..haha

Dinner was faaabulous!!!!!!!!!!! I had never had manicotti before (if you can believe that!) and Ryan’s mom made this totally delicious one with spinach and ground chicken. I asked her for the recipe and she said she would email it to me and then I can post it on here for y’all. 🙂 It was soo good though…I’m not a lasagna fan so I wasn’t sure if I would like it, but I cleaned my plate! I also had a salad with some fat free/sugar free honey dijon dressing (Ryan’s grandma can’t have sugar..). On top of my peanut butter pie, we also picked up a Coldstone cake since there were 10 people at dinner. Here’s Ryan blowing out his big boy candles (the BIG 3-1!!!): Here’s my slice of pie. It.was.sooooooo. good!!!!!! You all simply must travel down to the Orlando Roy’s and have a slice since it’s currently on the dessert menu! 🙂 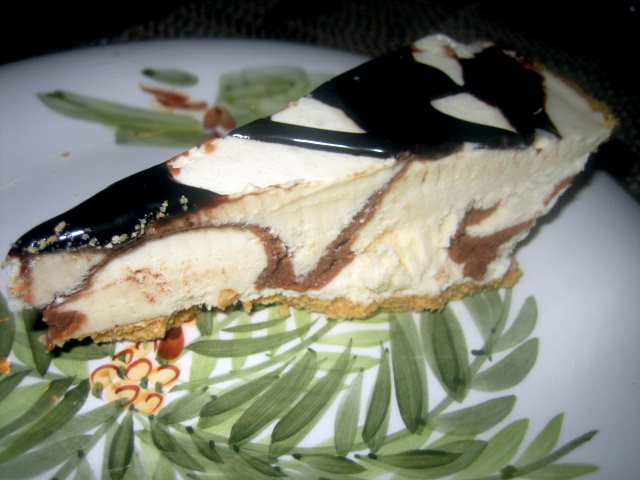 It’s definitely NOT a low-fat dessert, but I did attempt to lighten the load a little with reduced fat cream cheese and Smart Balance peanut butter. And, hey, dark chocolate is practically a health food—right?! It was worth every single bite and we still have some in the freezer….uh oh!

In the spirit of peanut butter, look what Ryan got for his birthday (his favorite thing ever): 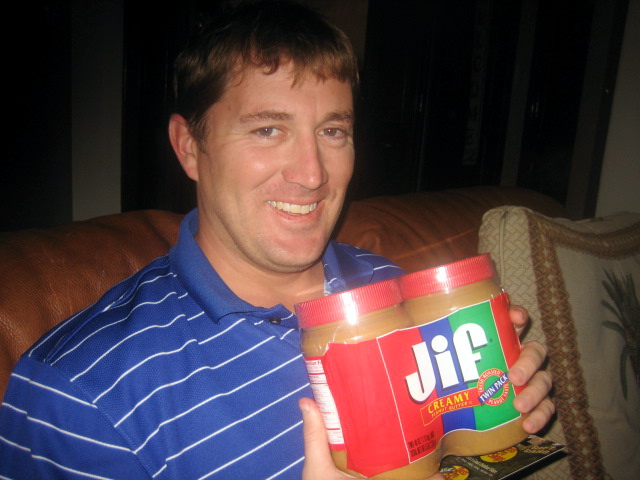 Jif for the birthday boy! And, no, I did not get him this. I got him a rashguard for free diving and spear fishing……but it has failed to come in the mail yet so it will be a belated present! 🙁

We are totally pooped and going to bed asap. Tomorrow actually IS Ryan’s birthday and, if weather permits, we are going to surfing again but this time I’m going to rent a board and try to catch some waves myself! See you in the morning! 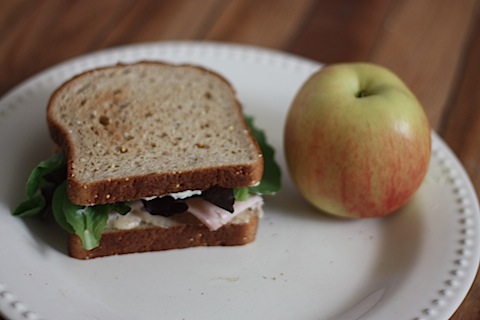 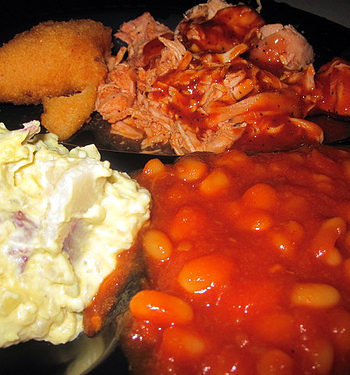 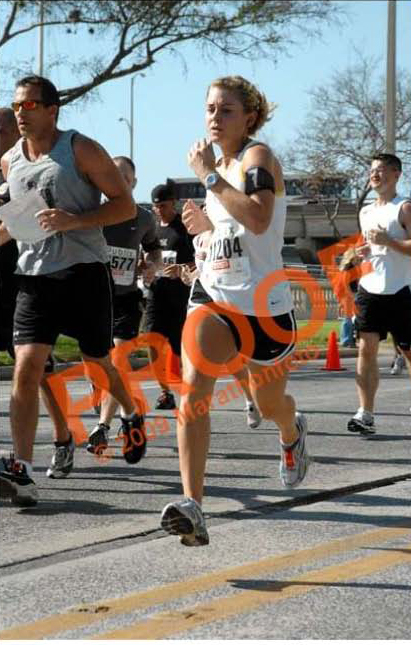