How goes it? Still waiting for the sun to come out over here but I did something very interesting today. I went for a RUN! Actually, it was my first run since I sprained my ankle back at the beginning of October and I had really good intentions today (ankle brace, rockin’ the bama t-shirt in pride) but after a mile and a half my ankle was throbbing and I limped home. Somehow I just don’t think that’s normal…..my ankle shouldn’t take so long to heal. SO frustrating!!! I forgot how good and freeing it felt to run….but long gone are the days when I would jet outside and blast out 8 or 10 miles. Maybe someday.

I wasn’t very hungry for a big lunch because of my heavy breakfast, so I just picked up a bowl of miso soup with veggies from Cafe Gratitude and drank it down as I drove to Whole Foods. 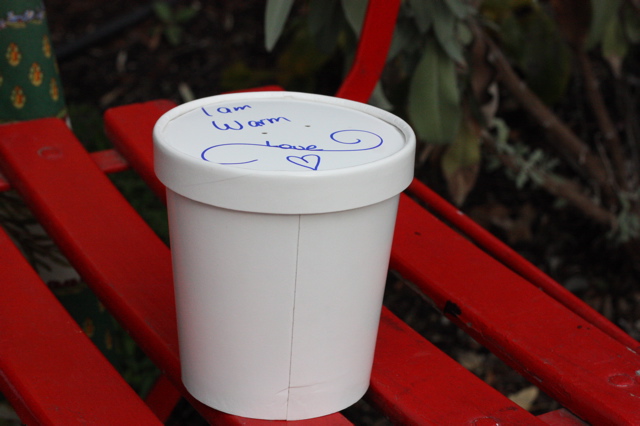 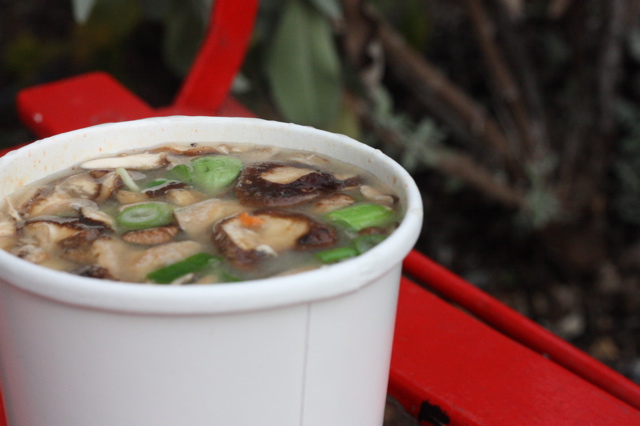 And then I had a rather heavy shop at WF…..I feel like I haven’t been grocery shopping in a long time and it’s been even longer since I’ve actually featured my groceries on the blog. So, here you go…for your viewing pleasure! 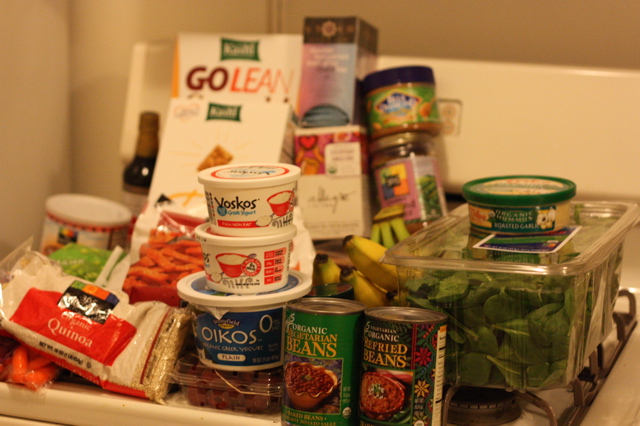 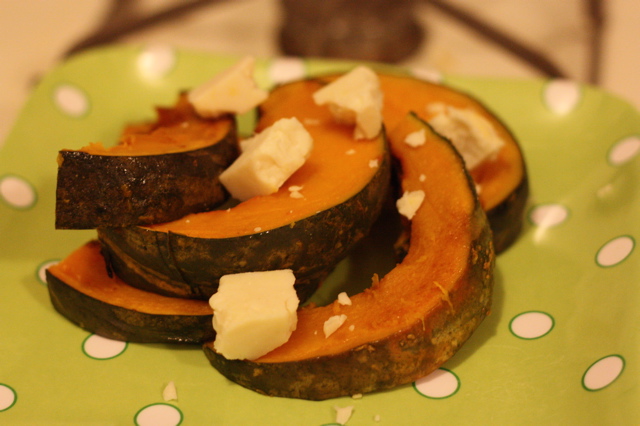 Such an unlikely, but lovely, combination.

A reader mentioned that I eat out a bunch. I don’t really think I do but then after she said that I thought back on my past week and thought, yeah, I’ve eaten at better restaurants this week than I have in many years combined. It wasn’t really normal…..but I’m not complaining. Chez Panisse, John Ash & Co, CYRUS?!

I’m not sure whose life I’m living right now but it’s certainly not mine. I’m not really that cool and love a good taco truck over anything else. However, tonight Hardy called to see if I wanted to meet him for a bite at the Cyrus bar and of course I couldn’t say no. The only time I’ve been to Cyrus was back in October with the Top Chef crew but I never actually ate….rather, I just drank (classy). So tonight, I was pumped! I also just love how I can walk into a restaurant with two Michelin stars wearing rainbow flops and jeans. Awesome.

I had a half glass of Zillikan Spatlese 1991 Riesling: 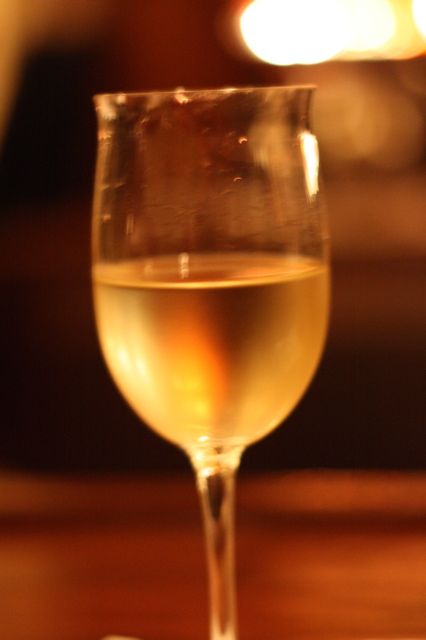 Hardy always gives me crap about claiming I don’t like Riesling (it’s his favorite varietal). So….I ordered one tonight in his honor and we both decided it “tasted like magical apple juice upon a rocky stream”. I can’t believe I was only six when this Riesling was made! 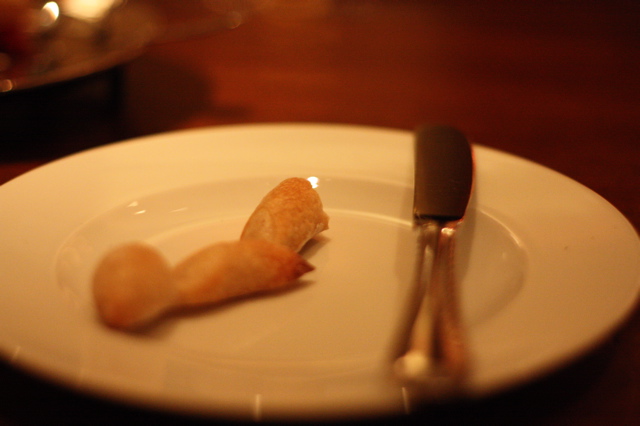 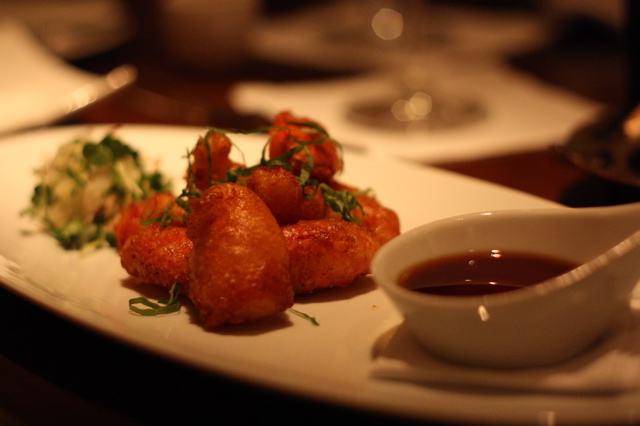 And I ordered the corona bean cassoulet, which was a vegetarian cassoulet and was nothing short of spectacular. The serving size was tiny, yes, but the flavor and complexity of the dish more than made up for it and I felt 100% satisfied. 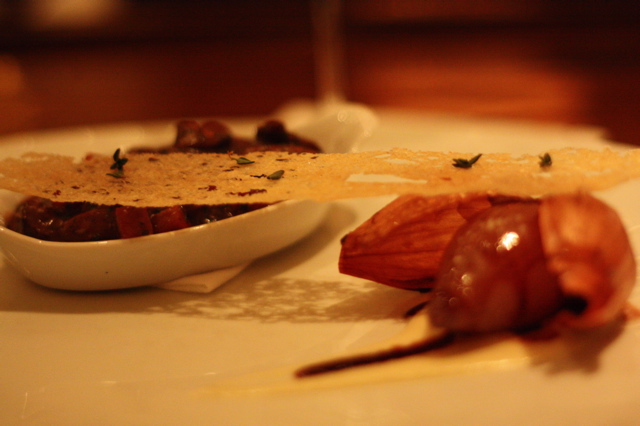 I was secretly jealous of Hardy’s black truffle pot pie….look at how purdy it was! 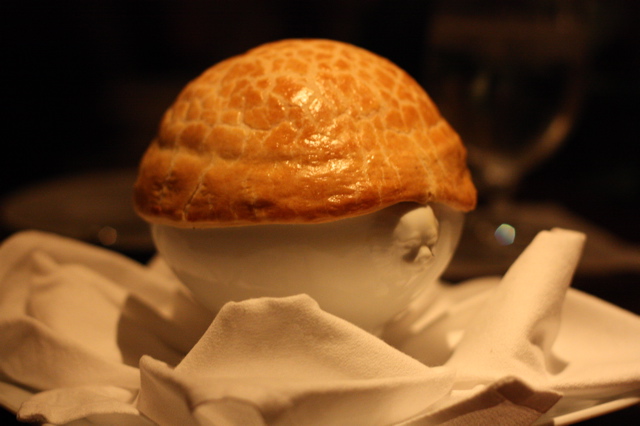 And then….the grand finale……..donuts for dessert!! 🙂 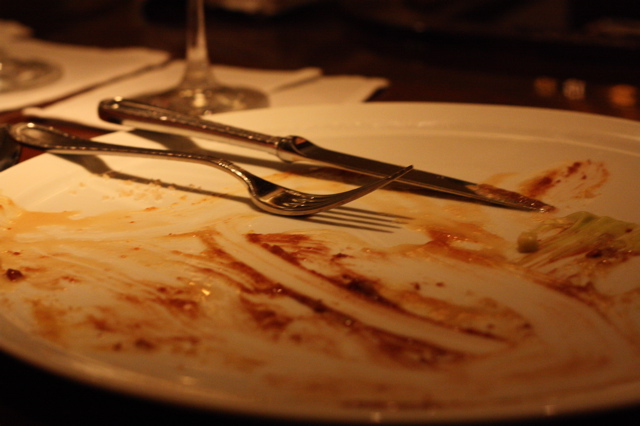 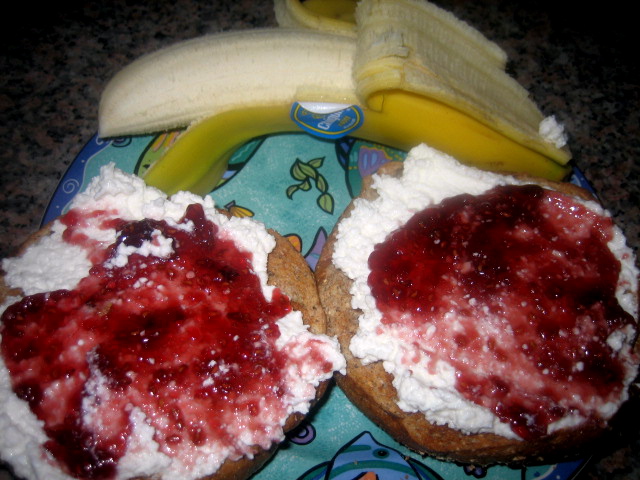 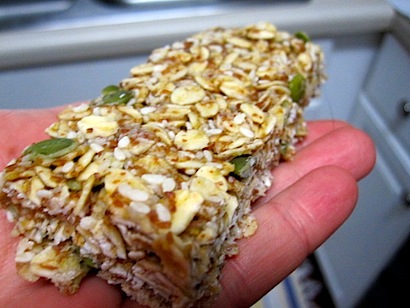