Wow…am I ever glad this week is over! I officially need a glass of vino. Asap! Too bad I’m still all stuffy :(. I did sleep like a total rock last night, which was amazing and probably the first time I’ve slept through the night in about two weeks so that’s always a plus. Today I felt better but work was just so crazy (my co-worker never showed then we found out later she was really sick as well) and I worked my tailfeathers off and even stayed 40 minutes late to finish rolling pitas, flatbreads and bake a batch of chocolate vegan cupcakes. Craziness!

This morning I started my day off with a yummy banana with almond butter and 2 egg white fluffies: I just love biting into these oh-so-fluffy egg whites. I used to think egg whites were so boring but these have remarkably changed my perspective…they are like little clouds! As I said before, I stayed late at work and then I had to pick up some groceries and I really wanted to try to work out AND take a nap before my 4:00 doctor’s appointment. I know, I know…too much. And I will rightly admit that I am sort of a control freak when it comes to my days. I get stressed out trying to jam pack things into every second I have and often forget to take care of the most important thing—myself! So, I realized there was no way I could make it to the gym, grocery shop, take a nap and blog in a two hour time frame so I decided to just grocery shop and then come home and rest for about an hour. If after my doctor’s appointment I feel more energized, I’ll workout but I’m not going to stress myself out over it.

Whew! That being said, here was my sad and rushed lunch today— I hate to rely on nutrition/protein bars for meals but sometimes it just must be done. I ate this while I grocery shopped because it was already 1:30 almost and I was starving! The bar was actually quite good. And this isn’t the 170 calorie Kashi bar, it is the 290 calorie one that is meant for more of a meal replacement. It was between this and a clif bar and I chose this because it contained more calories and protein. The taste was yummy but it wasn’t too big for the amount of calories that it was! It did its job of filling me up for about an hour but now it is 2:45 and my tummy is rumbling again was a snack!

(oh, and the Kombucha was diiiiiivine. Obvi)

Snack was 1 chobani with 1/4 cup  muesli and topped with pineapple, blueberries, agave and cinnamon And here are my groceries—tons of fresh produce and nuts so I can try out some of Ani’s recipes this week! I’m off to walk Mikan then head to the doctor’s office. I guess even a nap is out today! Dinner will probably be super low-key! 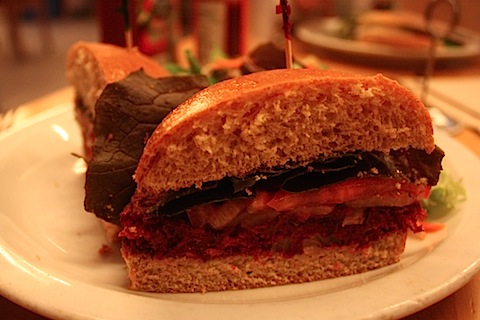 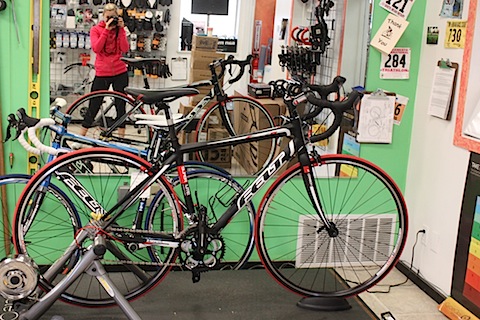