I’ll admit, I had my doubts.

Buuuuuut, this must have been one of great grandma’s favorite desserts because there were about four different index cards dedicated to it in the stack. Some had the notes in fading cursive trailing off the card and one forgot to give a cooking time and temperature. Then, after digging a little further, I found a small piece of yellowed paper folded up with a complete recipe that definitely piqued my interest. Monday through Friday I pretty much cook, bake and take photos all day long. I start early in the morning when the light is the best coming through the sliding glass door in my studio garage cottage and end when the light goes away…these days, around 4:30. Knock on my door any time from noon to two and you will get fed. And then probably pleaded with to go pick me up an iced soy latte from the coffee shop down the street. Fact.

After I’m done cooking, washing dishes, sweeping floors, wiping down my oven and picking dough out of my hair, I’ll finally sit down on my couch and pick something that I made to blog about the next day. That being said, I have a couple recipes made that I haven’t gotten around to blogging about yet. This, for example, was supposed to be Saturday’s post. I had a few things in front of it in line. But after I took one bite, I just couldn’t wait until Saturday to share it!

That happens a lot…as in every day. It pretty much defeats the entire system. 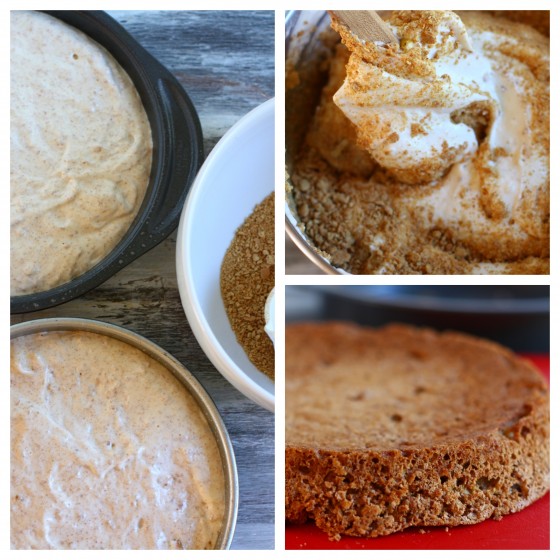 I mean, how genius is this torte?! It reminds me of this, only denser and nuttier. It’s hard to describe what it tastes like exactly, but think of what a graham cracker would taste like if it was fluffy and two inches thick.

Yeah, it totally sounds weird (why I initially had my doubts) but apparently graham cracker cakes were, like, THE THING back in the ’30s. The graham cracker cake layers are sandwiched together with fluffy whipped cream and then topped with an unusual, but delicious (!) caramel sauce.

Let me know if you try this!! I’m officially on team #bringinggrahamcrackercakeback Beat egg yolks until light and frothy. Add sugar, baking powder and vanilla and continue to beat until very thick and pale in color. Set aside.

Beat the egg whites until they hold soft peaks. Gently fold egg whites into egg yolks and then fold in the nuts and graham cracker crumbs.

Divide batter into two WELL GREASED 9-inch cake pans and bake for 35 minutes. Let cool before turning cakes out of pans onto plates or a counter top.

To make the caramel sauce, combine all ingredients in a saucepot and bring to a boil whisking the whole time. Don’t stop whisking or the egg will cook and curdle, which isn’t the end of the world (you won’t really be able to notice after you assemble the torte) but it can be prevented by whisking constantly until the sauce is very thick and boiling. Remove sauce from heat and let cool completely.

To assemble the torte, whip the cream until it holds soft peaks. Spread whipped cream between graham cracker layers and over the top of the torte. Pour on the cooled caramel sauce and it let drip down the sides.

**Great grandma says to keep the torte in the refrigerator overnight before serving but I didn’t see a need to do that and served it to friends the same night I made it. 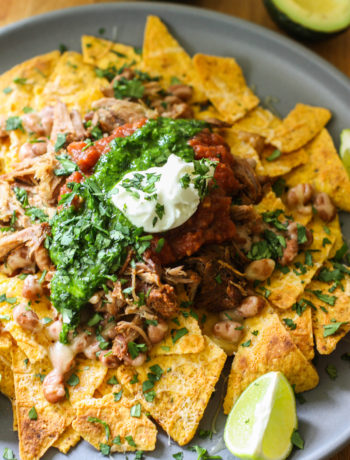 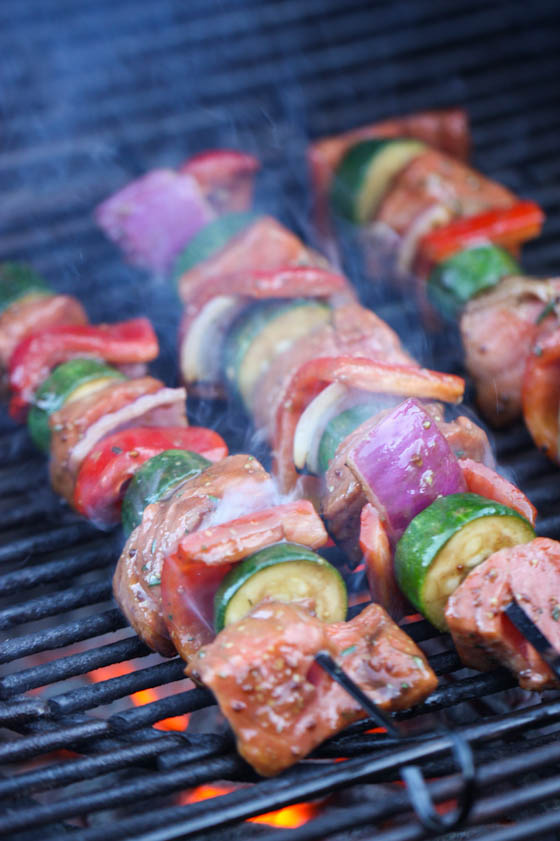