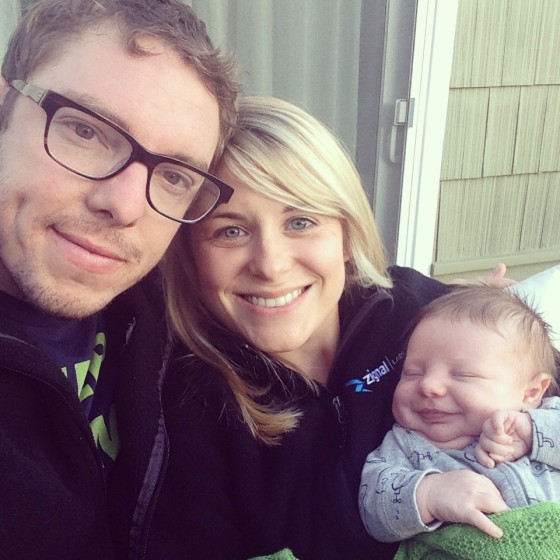 It’s so hard to believe that our little guy is one month old now! Where has the time gone?!

This past month has been an absolute whirlwind in every way. I still feel like I’m recovering from the actual birth itself, but feel more and more like myself every day. I know that people say that for the first six weeks you’re just in survival mode, and I couldn’t agree more. If I’m being absolutely honest, I’ll tell you that the about a week and a half ago I looked at Adam and said, “I thought this would be getting easier but every day it feels like it’s getting 10x harder.” Okay, ten times harder might have been an exaggeration but I did feel like it was getting harder…especially around the third week. The day Grayson turned three weeks old was the day he “woke up” almost and he started getting very fussy in the evenings, specifically from 7-9pm. It’s crazy — as soon as the clock strikes 7pm, he starts to get fussy! Witching hours indeed.

We have battled the evening fussiness in the following ways: constantly bouncing him up and down while pacing all over the house, swing + pacifier, standing in the guest bathroom with the faucet running {I know that’s bad for the environment but he loves the sound of running water…}, walking around outside and, my personal favorite, sitting in the bathroom with the hair dryer going {again, bad for the environment but the SECOND the hair dryer goes on, he gets totally silent}. All of those things work for about 10-15 minutes and then it’s on to the next! The most effective “coping mechanism” has, by far, been taking him outside! We’ve fallen into the following routine: Adam gets home at 7pm, we eat dinner quick and then Adam immediately puts him in his stroller and takes him out to the backyard. They water the garden, I clean up the kitchen and then I join them outside. For some reason, he could be completely wailing in the house but the second we step outside he’s fine! It’s amazing actually. We try to stay outside until about 8:30 when it’s time for his bath and bedtime. My mama heart breaks when I see him upset or hear him cry. I know that this fussy stage will pass but man, it’s hard! 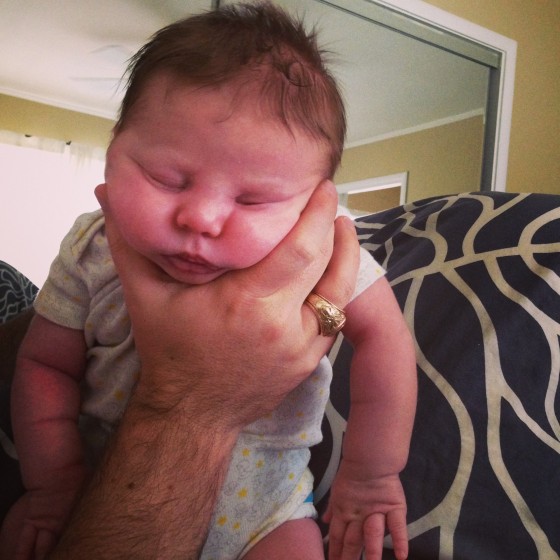 Over the past month we have established a little bedtime routine, which is working really well for us. Every night at 8:30, Adam gives Grayson a warm bath. We don’t use soap or anything- just warm water – because he loves it! Then I take him out, wrap him up in his little robe and rub him with baby oil {I love the one from Honest} or coconut oil. We say prayers while we do this. Then I get him into his pjs, nurse him, swaddle him and put him to sleep with the sound machine going. We put him to sleep around 9:15 and then I quickly brush my teeth and jump into bed myself so I can get as much sleep as possible before it’s time to feed him again. He usually wakes up to nurse around 2am and then again around 5:30 or so. After that, he’s really up for the day. I feel like I can’t complain at all about his sleeping because, so far, it’s been pretty good and consistent! He goes down easily and stays asleep. I try to put him in his bassinet when he’s still slightly awake after nursing and he puts himself to sleep in a few minutes. Now, this is my first rodeo but I think that’s pretty darn impressive. He’s still sleeping in the Rock ‘n Play next to our bed and we’ll probably transition him to the crib in the next few weeks. Sniff sniff. 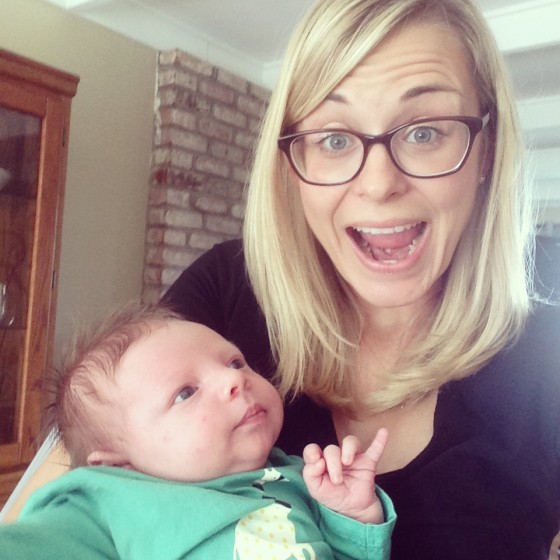 It took me about four weeks to get any sort of “groove” going in the day with him. I can totally understand why some people stay home with their babies all the time until six weeks has passed! It’s hard and, honestly, scary to leave the house with a newborn! There’s just so many moving parts. Not to mention, in the beginning breastfeeding is just so awkward! I still haven’t mastered nursing in public and do everything I can to avoid having to do it.

In the first couple weeks I got very stressed out whenever we would leave the house. I think a lot of that stress was routed in sleep deprivation and just feeling entirely overwhelmed by all the newness. But then I slowly started taking baby steps and feeling more and more confident as a mom. I started going to a new mom’s group at my yoga studio, which was a big leap for me as I’m a huge introvert and didn’t know anyone in the group! I am also planning to join our local MOPS group this summer. I started feeling more comfortable getting him in and out of his car seat and wearing him in my w I wouldrap, which made grocery shopping sooooooo much easier. It’s been a little over a month now and while I would still say we are in “survival mode”, I would also say that I feel more comfortable now than I did a few weeks ago with him. Slowly but surely, things are starting to feel easier. I would definitely say week three was the hardest! 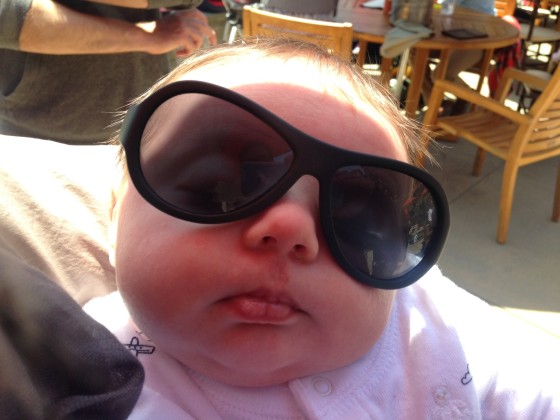 I’m so lucky in that I have several new mom friends that live within 10 minutes of me. One of my good friends just had a sweet baby girl two weeks after Grayson was born so it’s especially fun to walk through this season of life together. I can’t even tell you how great it is to have the support of friends with babies here, especially since our family lives so far away! I don’t know what I would do without them. 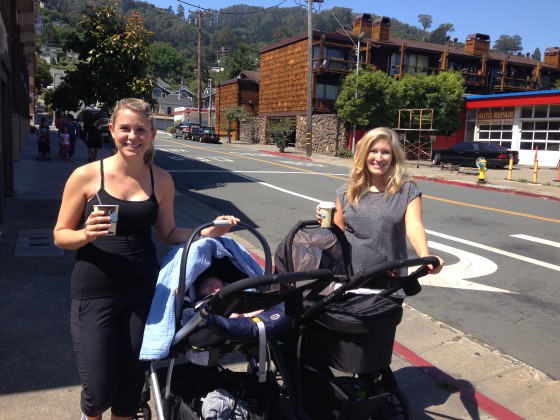 At our one month pediatrician appointment we found out that our chunky boy weighs 11.5 lbs! He’s wearing some 3-6 month clothes and a lot of 0-3 month clothes. Cloth diapering is still going well {I have a post coming about that soon!} and he’s moved from newborn diapers to size small diapers.

As we go forward into month two, we have a lot to look forward to! Our biggest thing this next month is our annual 4th of July trip to Lake Tahoe! We rented a house with our best friends from Texas, Adam’s aunt and uncle and his dad. We’ve been planning for and looking forward to this trip for so long. I’m also going to start cooking and developing recipes again soon! I am really looking forward to getting back in the kitchen a bit. We’ve been surviving off my freezer meals this past month — man, am I ever glad I made all those meals those last few weeks of pregnancy. They have REALLY come in handy!

I can’t believe it’s already mid-June! We are so in love with our boy and love watching him grow and change every day. Being a mom is truly incredible and it really does get better every day. 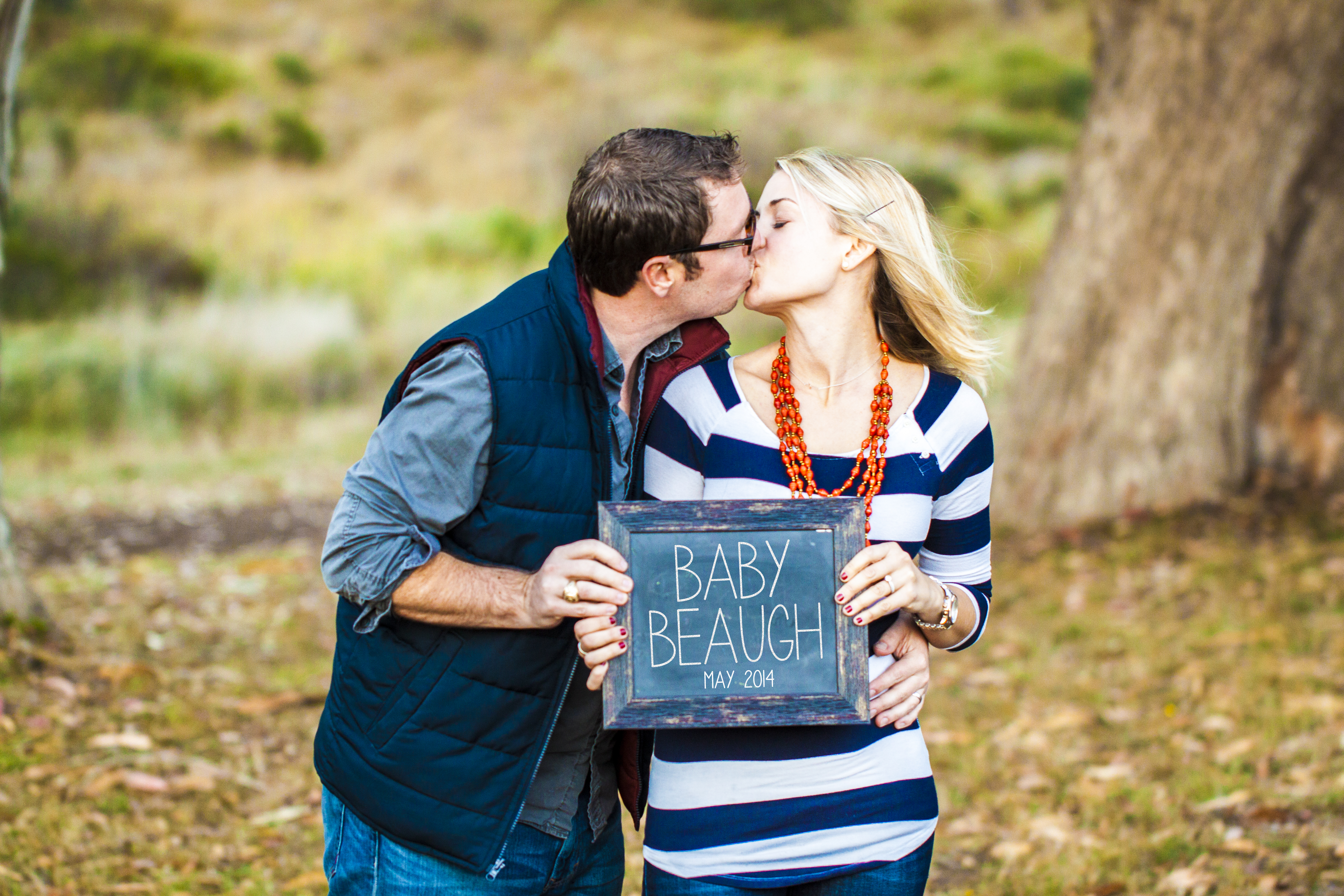 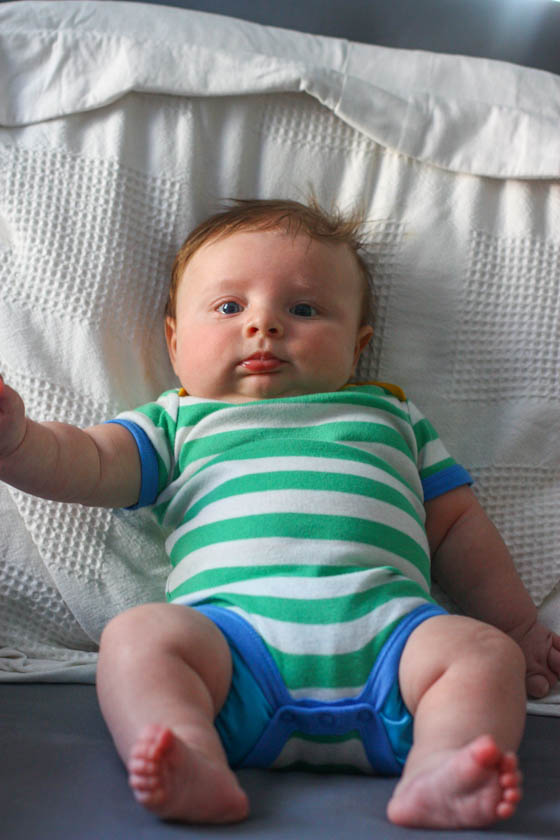 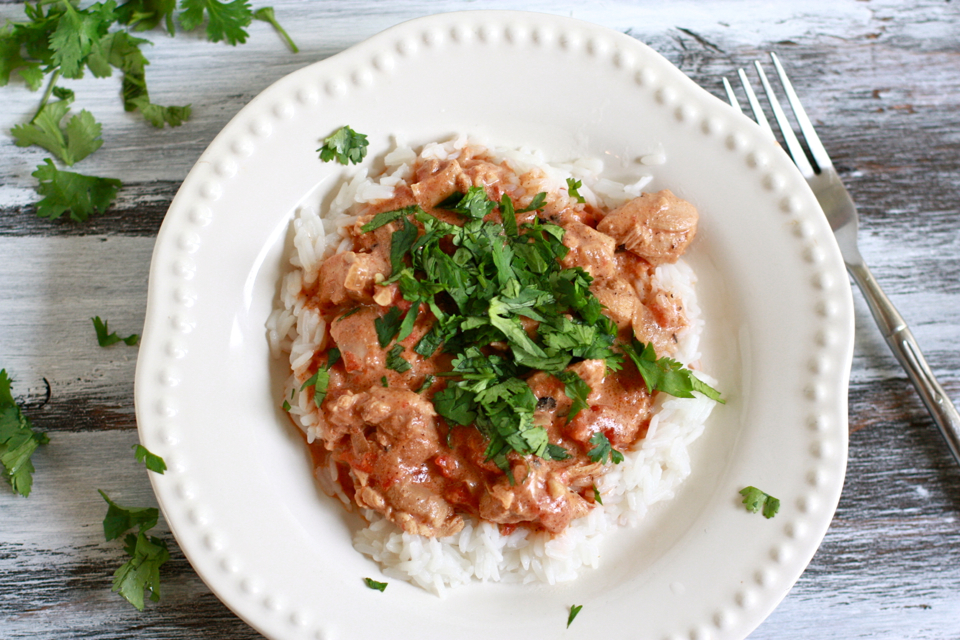