Home on a Friday!

Hey guys! Happy FRIIIIIIIIDAY! =)
Well, I made it home alright :). SO glad to be here! No matter what, it’s always nice to go home. When I got home around 5:45, Ryan was still at work but Dexter was right here waiting for me!! I just love that little black furry beast. He’s been following me around the condo ever since I walked through the door.

Today was a short and fun day at work. Adam let me go at 2:00 because I was starting to run on overtime. Worked for me though because I got an early start to my drive and got home while the sun was still out! This morning I made a big bowl of old fashioned oatmeal on the stove to start off my Friday. 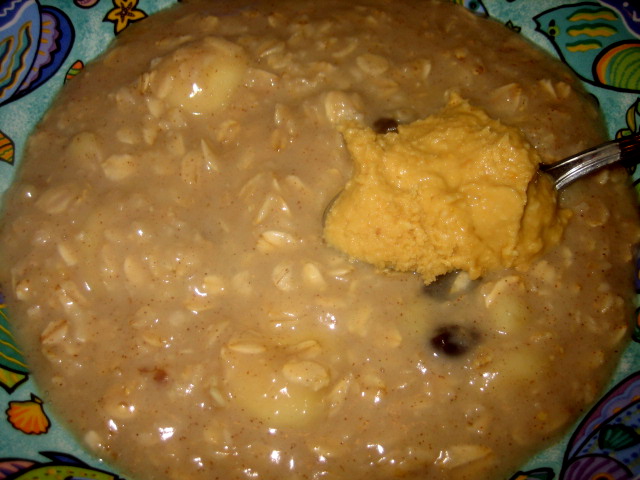 For lunch I had PIZZA! I convinced Adam to make his aaaaamazing goat cheese/spinach/mushroom pizza again and it was every bit as delicious as last week. I had two big slices and a third that was mainly crust. 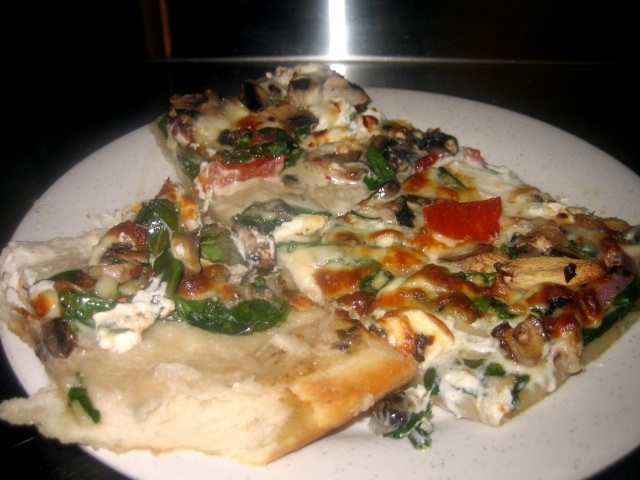 I knew pizza was coming, so all I brought were snackies today. An apple, a yogurt and some grapes. I had the apple with my pizza and the yogurt and grapes mid-morning. 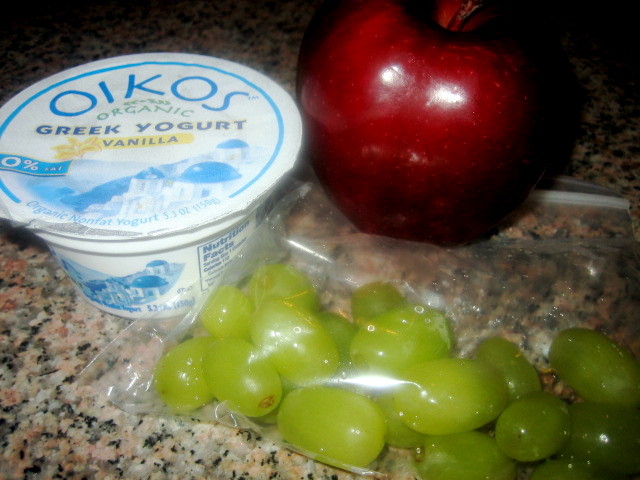 When I got off work, I raced home, threw my suitcase in the car and got on the road. I snacked on a pb&j on an Arnold’s Sandwich Thin along the way: 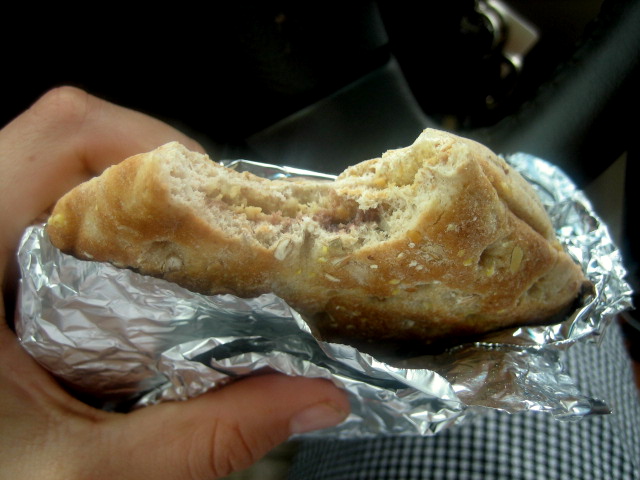 And yes, those are my hot chef pants you see here.

It’s 6:30 here and I’m waiting on Ryan to get home. He commutes to work everyday in St.Pete and on Fridays especially, traffic is a pain. I think we are going out to eat here though later! The Columbia is one of my favorite restaurants EVER. I love it for so many reasons……the amazing 1905 salad, spicy rice and beans and, of course, the mojitos they make at the table complete with sugar cane and tons of mint!! Oh my gosh…many a crazy night has been over those mojito pitchers. 😉 Tonight won’t be really crazy though since I’m exhausted, Ryan is exhausted (he has a tough life and went to the World Series yet again last night) and we are on a strict budget.

I’ll post dinner either tonight or if I pass out as soon as we get home, tomorrow morning. In the meantime, here’s today’s work recap!

Today I got pizza for lunch AND Adam canceled the deep clean because we were so busy! What a Friday, huh?! Works for me! When I got in, I immediately baked some pumpkin bread: A member actually wanted to BUY a loaf of my pumpkin bread! Not that I get to keep the proceeds because it goes to the club, but its still pretty cool!

Adam and I also poached off the 50 pears that I meticulously peeled and cored for hours on end yesterday: We poached them in red wine with orange peel and spices. They are for a rehearsal dinner tonight and will be served with gingerbread for a holiday themed dessert. (is it just me or can anyone else not believe at all it’s just about holiday season??!!)

I also made the club’s signature chocolate mousse for another special dinner tonight: And that’s all I got! I didn’t bother taking pictures of me rolling soft white rolls for two hours or baking off cheddar wafers—both which took a good part of the morning up but yall have seen those before so they aren’t very exciting. I DID work a ton on my “special surprise” that I will be unveiling tomorrow evening! I guess you will have to wait til then to see! 😉

Alright—I’m gonna go get purdy for the boy. Can’t believe I’ve been gone a month! Oh, and here’s the BEST news! Adam gave me Monday off as well so I get three nights at home and will be heading back Monday morning instead of rushing back Sunday afternoon! Yay!! 🙂 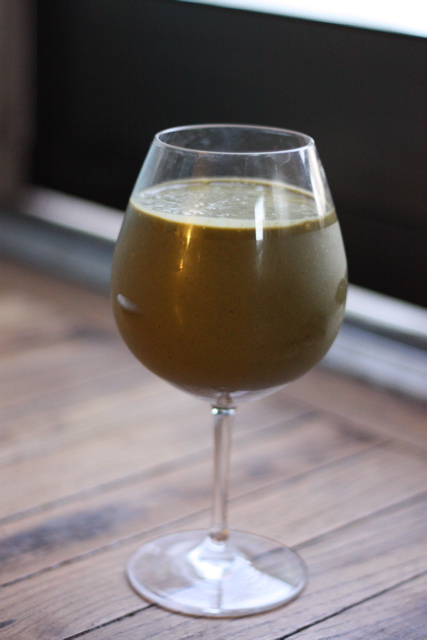 Bringing The South To California