I Ride My Bike With The Handlebars

I did feel like super nerd 2008 though with my clunky helmet, CAMEL BAK (!!) and snack on board—

Actually I didn’t care at all what anyone might have thought. Its just like me to go pedaling down the road with a larabar (in a vera bradley clutch) in the front and this strapped on back— 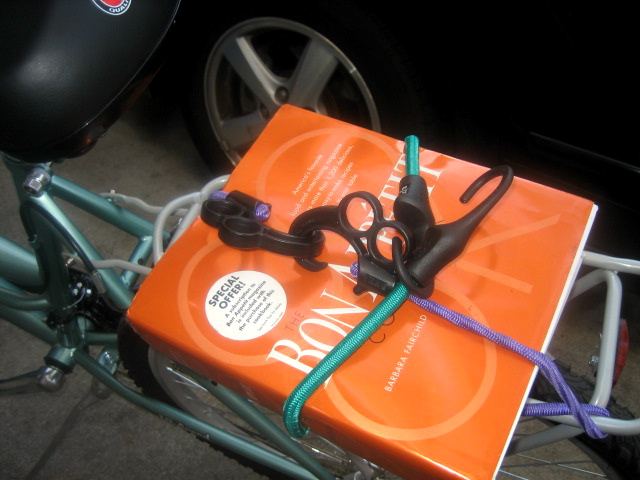 Okay. I bet yall are on the ground laughing right now. Its okay. Go ahead and laugh. It was quite humorous. So happy that I can finally get another use out of my camel bak though. Clearly my legs aren’t meant to run races but they sure can pedal the bike (and do crazy fun yoga poses). My ride in total today was about 7 miles….that’s pretty good, right?! I rode down to Ryan’s, ate my larabar and picked up my cookbook, strapped the book on back with a bungee cord, then rode on home. No falls, breaks or sprains…the worst that happened was that I almost ran over an old man in the middle of the sidewalk. Don’t ask. 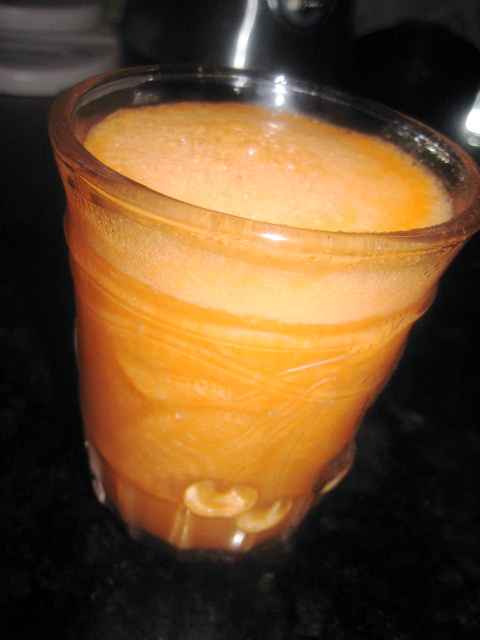 An orangy concoction of 2 organic carrots, 1 cup water, 1 orange and 2 tsp fresh lemon juice. It made about 2 cups or so but I only had this one glass and gave the rest to my mom.

Gahhhhhhhhhh I really don’t want to talk about it. I know I’m a perfectionist when it comes to this stuff, but I really am NOT happy with the final product. Its all my fault…..I didn’t add enough salt. I HATE it when I make little mistakes like this that really do affect the bread. Of course everyone else in my family thinks I’m crazy and that the bread tastes fine, but I think its super bland and although we will eat all this, I want to re-make it again next week or something. I’m planning on making homemade garlic croutons with some of it tomorrow. Blah.

I was in a blah mood from my bread tonight and just had a sunshine burger for dinner with a slice of the bland bread and a babybell cheese: 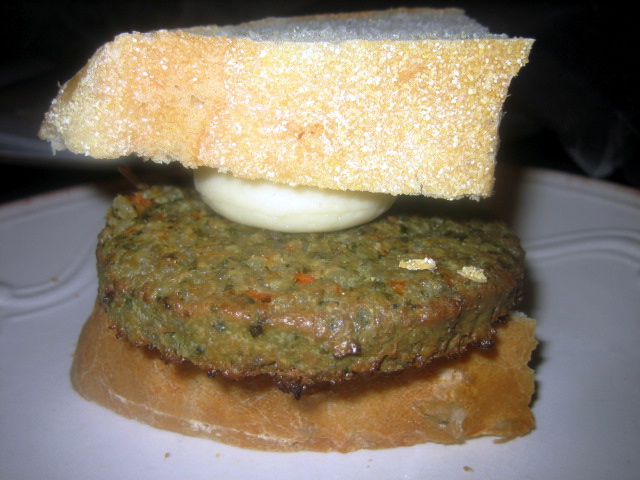 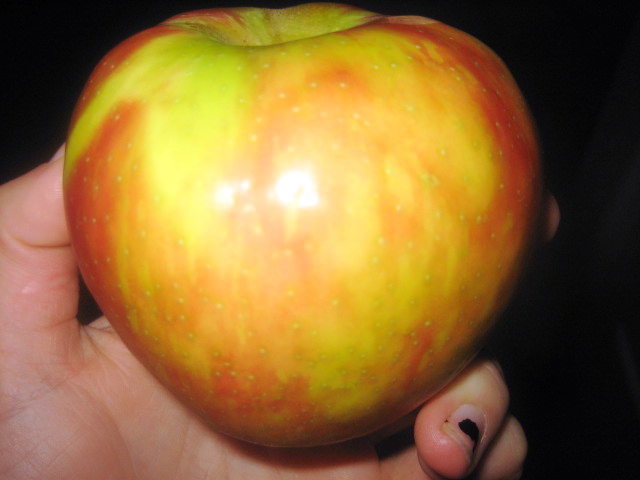 And then later, for dessert, I wanted to ride my bike to the ice cream place but my mom said I shouldn’t because I was alone, it was already dark and I would have to ride on the street, not the sidewalk. I know, I know….I’m six years old….but I listed to my mommy and instead I made more “ice cream” in the Vitamix. This time I mixed 1/3 cup reduced fat milk, 2 tbsp organic sugar, 2 cups ice and three of my favorite special French cookies.

Here’s my cup with another cookie as a topper— 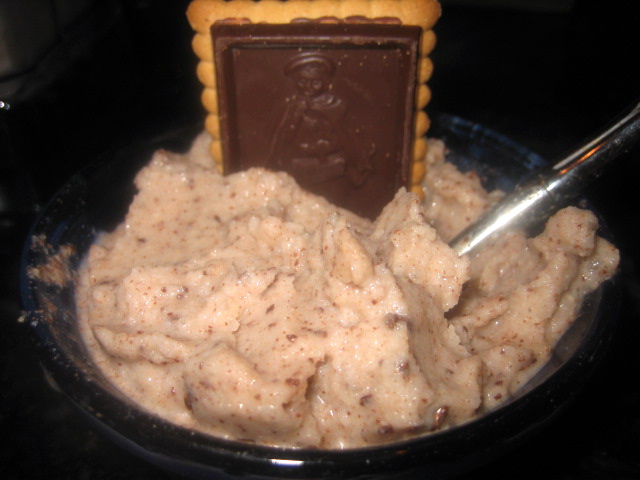 This recipe made a ton of ice cream. I ate about half maybe? It was yummy. 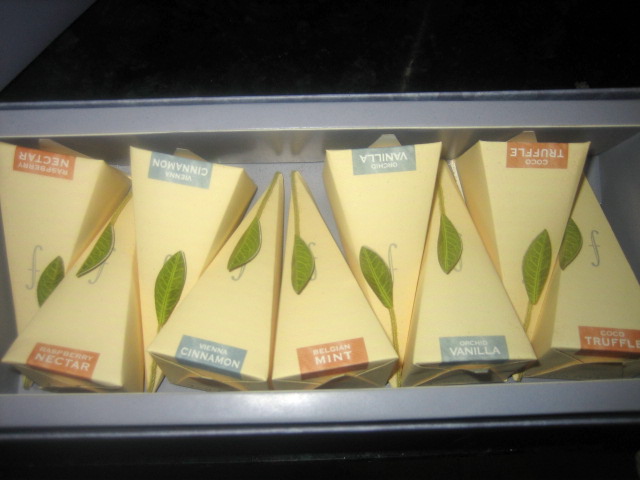 I chose the raspberry nectar one—

I’m going to bed early tonight because tomorrow will definitely be a late one!

edited to add: my mom just came home with frozen yogurt for her and my dad (I know…after I made my own ice cream because I couldn’t bike there…gah) and I had a few WHOPPING spoonfuls of her coffee yogurt with hot fudge and pecans. It was a two dessert kind of night I guess! 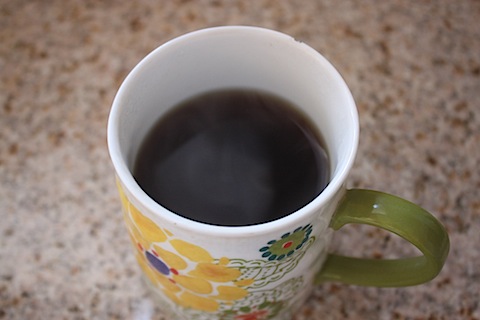 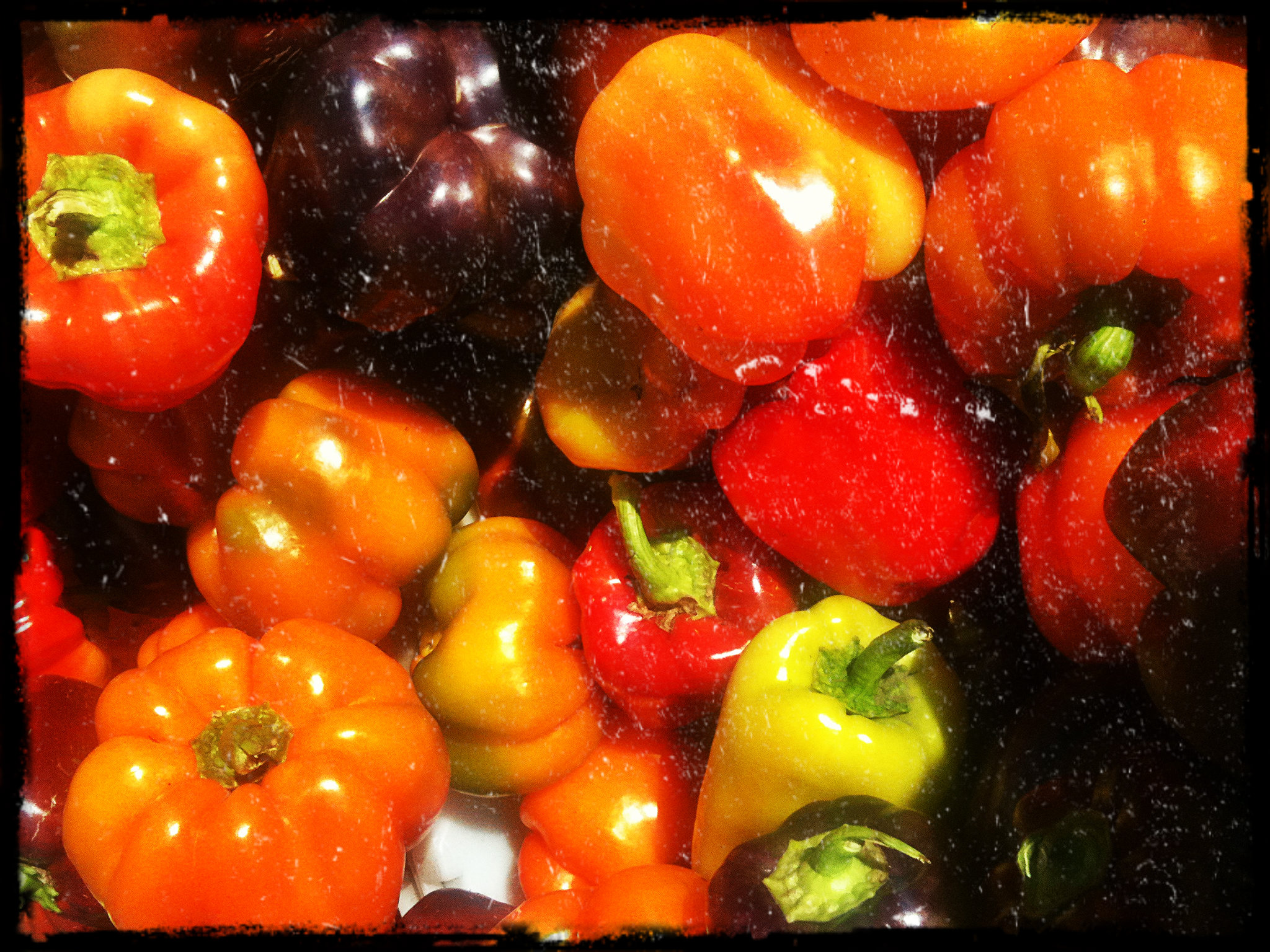 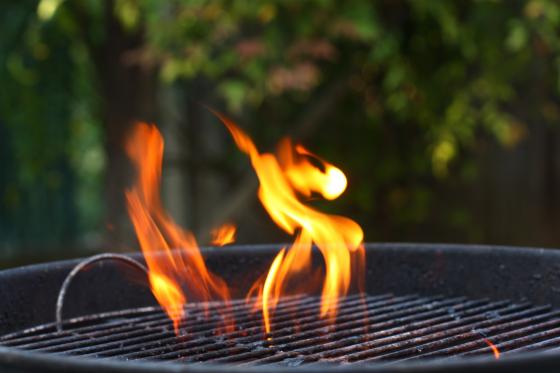