The concert was really fun last night but unfortunately I got one of my bad headaches in the end and was in quite a lot of pain by the time we got home and I was able to take my migraine medicine. 🙁 We went with another couple and got there really early to tailgate before walking in. I picked up pita pit to take with me so I ate that….I got grilled chicken instead of hummus this time because I thought a hummus pita might get soggy sitting in the cooler. So, I got grilled chicken, hot sauce, honey mustard, a plethora of veggies and a sprinkle of feta on a whole wheat pita. It was really yummy but I think I prefer the hummus ones! 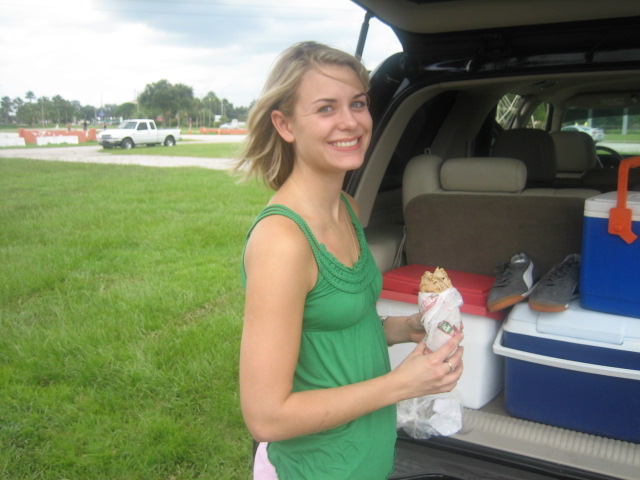 Julie, one of our friends who went with us, is gluten and dairy free and made these amazing brownies! I just had to try a small piece…they were divine. 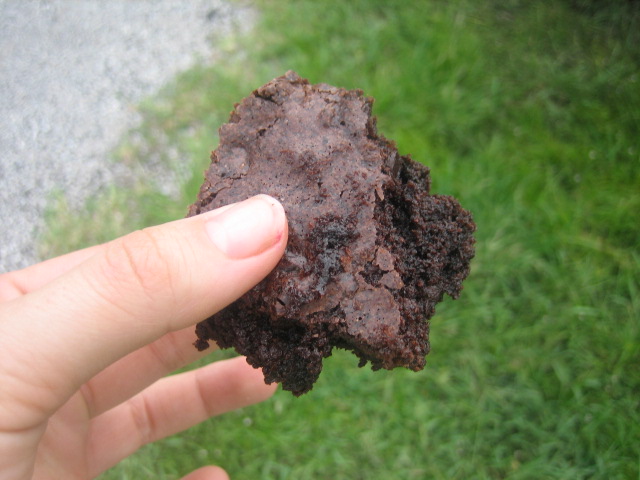 I really wasn’t in the mood for drinking last night (could feel a headache coming on and wanted to feel great today) so while I did sip on a beer during tailgate (I drank a little less than half the beer then gave it to Ryan to finish), I stuck to water and a diet pepsi during the concert itself. 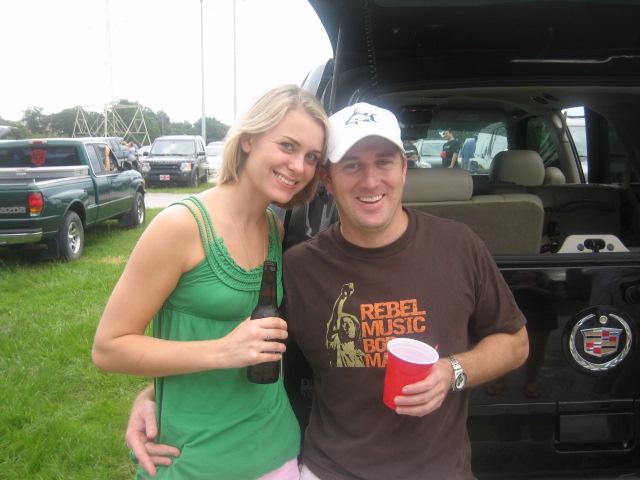 I couldn’t bring my camera into the concert but you all should have seen where we were!! We were in the “pit” right next to the stage, standing up. I was probably 20 feet from Snoop and 311! I have never been so close in a concert!! Unfortunately when you are that close in a concert like that you also have to deal with the mosh pit, and all night Ryan was attempting to guard me from elbows and crazy people jumping around at each other. Snoop’s uncle and nephews were on stage too and I basically cracked up the entire time (and I was probably the only sober one there). Just the stuff he said to the crowd was hysterical!  311 was great though and I’m now officially a fan—they really know how to get people pumped up and excited!

By the time we got back to the car, it was 11:30 and my head was killing me. I snacked on this kashi bar on the way home while everyone else ate the rest of their subs from the tailgate. 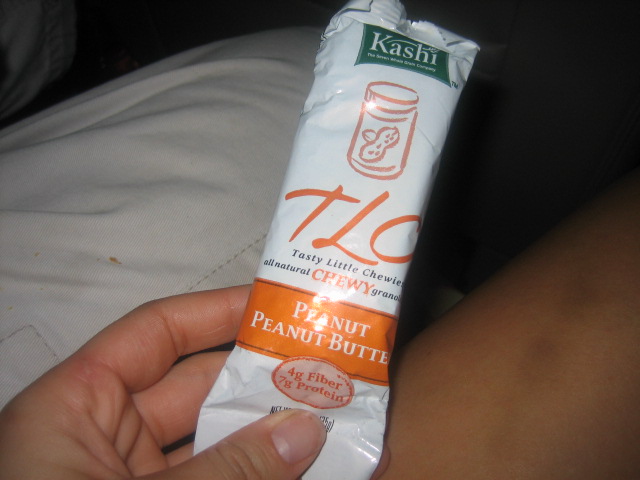 Ryan had to tuck me into bed last night, get me my medicine and get me ice to put on my head. I still have a dull headache today and I’m really hoping it will fade away early today. Bleh.

Tonight I start the “final” class in the program (well not really for me though because my schedule got messed up and I still have one more class after this). It’s supposed to be the culmination of everything we have learned over the last year. There are no names, only id numbers and no Chef instructor in the room. I was given a packet last week of about 20 pages of everything I am expected to make during the next three weeks. Basically, it’s 6 items per two days and I’m supposed to just “know how” to make the items based on the notes I have taken in my previous classes. No books or manuals are allowed. We work on our own and when we are done for the evening we get to go home. No waiting around for other people in class to finish. Then, at the end of the night a Chef comes in and grades our products according to industry standards, as if we are actually working in a bakery. I think my headache partially came from a little anxiety and stress I’m feeling over tonight….I need to hurry and get back to Orlando so I can work on my recipes and study. I believe tonight I am set to make chocolate chip cookies, muffins and biscuits…..hopefully it will go well! 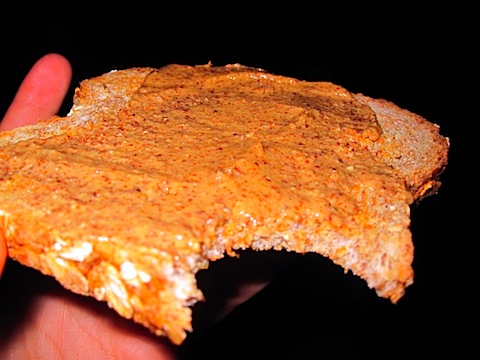 Weather To Match The Mood :(