Sorry I didn’t get around to posting last night. By the end of the night, this was me:

Ryan and I had a wonderful date night though and Gran Torino was spectacular. I actually want to see it again because its so deep and thought provoking.

We went out to dinner and the movie in St.Pete because we had some gift cards for the theater there. I knew dinner would be a little later than what I was used to (haha 5:00), so I snacked on this banana while getting ready: 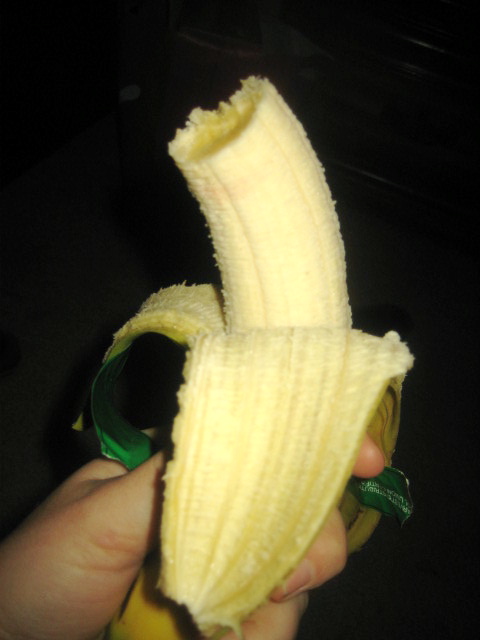 And then we went to sushi! I LOVE sushi. And by sushi, I mean I love those crazy amazing specialty rolls. Ryan and I usually order 4 rolls—2 for him and 2 for me and last night was not any different. I drank hot green tea: 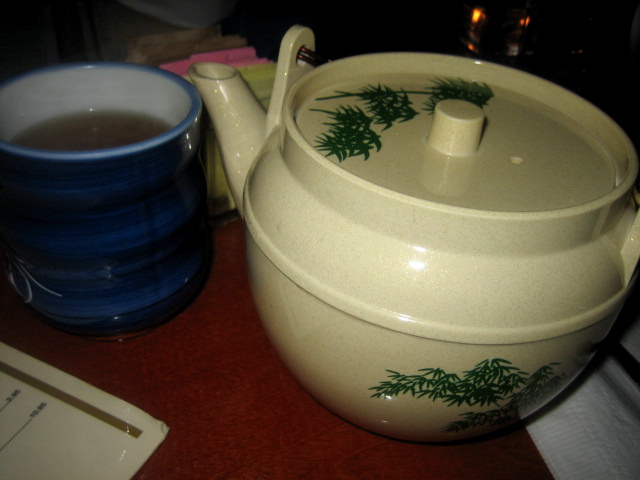 And we started with the summer rolls. Ryan didn’t really like them though so I ended up eating all of them! They consisted of shrimp, crab, pineapple, cilantro and mint wrapped up in rice paper and served with a dipping sauce with crushed peanuts in it!

And then here was our amazing spread: 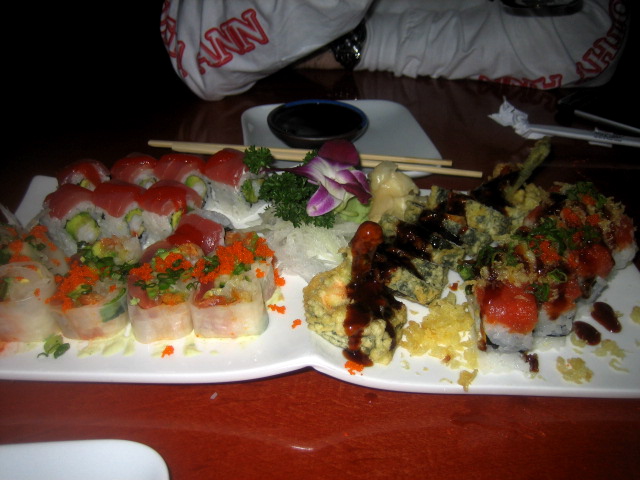 Can you guess whose side is whose?!! 😉

He had a few pieces of mine and I had a bite of his but I don’t like cream cheese or fried rolls and that’s his favorite! I had the crystal roll, which was spicy tuna, avocado, salmon and cucumber in rice paper and also the red octopus roll, which was a yellowtail roll topped with tiny bits of shrimp tempura and served with tons of VERY spicy hot sauce!

It was the perfect amount of food and then we hit the movies! We didn’t end up getting home until 10:45 and since by that time I almost had been awake for, oh, 20 hours, sleep was my very first priority! I woke up early, but not as early as I usually get up (!!!)—6:15. I’ve always been a morning person but I think that is way eccacerbated now by my new job. Getting up early as the sun is rising when I don’t “have” to is so nice! I snacked on a Super Charge Me cookie: 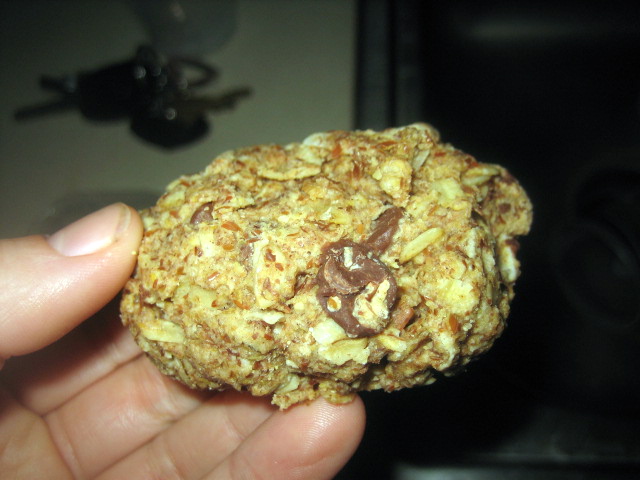 And then I did a 60 minute morning flow class just as the sun was rising. My sun salutations took on a whole new meaning! 🙂 I added on some half pigeon on both sides before finally resting in savasana this morning. I used to dread half pigeon but now actually feel like my body is craving it. It felt amazing and I’m noticing how much deeper I can get into it (and how much tighter and toned my legs are!) after sticking to my yoga practice so much over the past month. Ryan actually noticed it is too—he remarked the other day on how toned I looked! See girls, yoga does tone your booty!

After yoga I dug out the surprise I bought for breakfast this morning:

This would be an organic english muffin roll that I baked yesterday at work. I had been dying to try our english muffin rolls and bread because they look soooooo good always as they “pop” up extremely high in the oven every morning. They consist of the same ingredients as traditional english muffins but are organic and contain a heck of a lot more yeast so they rise high! We sell loaves and rolls and always get great response.

I split mine down the middle, toasted it in the oven and then spread it with the last of my cinnamon raisin peanut butter and had a yogurt on the side: 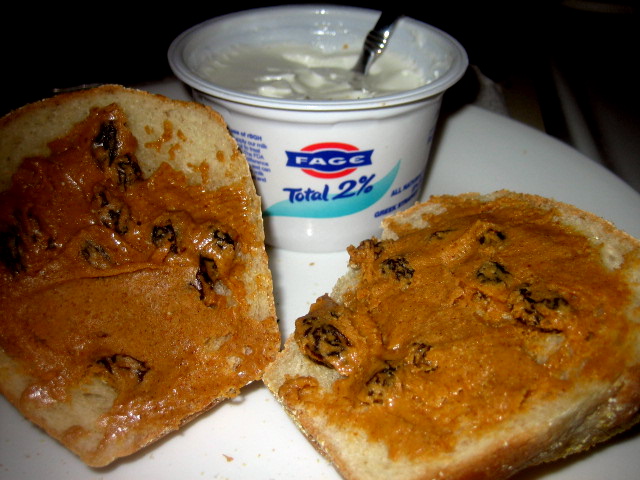 Mmmmmmmmmm it was SUPER soft inside and as light as air. This might have to be a weekend tradition! I bought one for Ryan too and I’m going to spread it with honey butter and peanut butter for him as soon as he wakes up 🙂

This morning I’m off to church at 9:45 with my friend Sarah and then this afternoon I’m headed over to Ryan’s aunt’s house to celebrate some birthdays by playing a golf scramble and then having dinner over there as well. I’ll check back after lunch though before I go!

Have a wonderful Sunday! Stay happy! 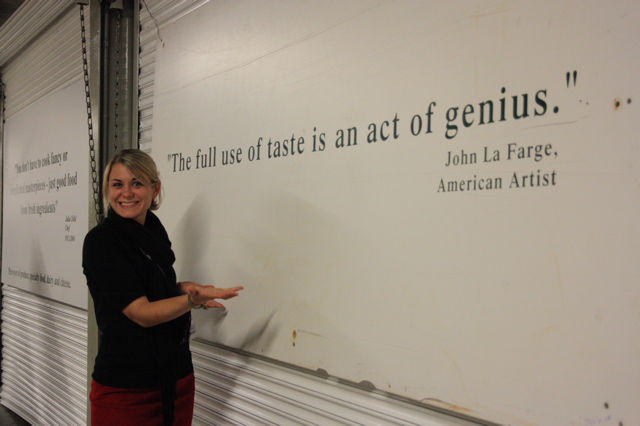 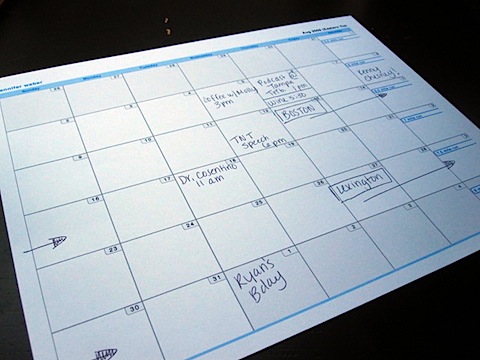