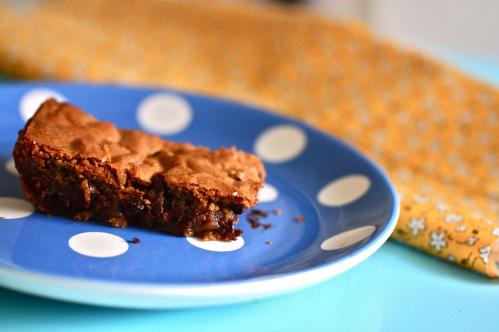 Because it’s Friday, because I just did thirty minutes of sweaty yoga in my living room and because I’ve been watching way too much Mad Men over the course of the past two weeks, I made these chocolate chip blondies. 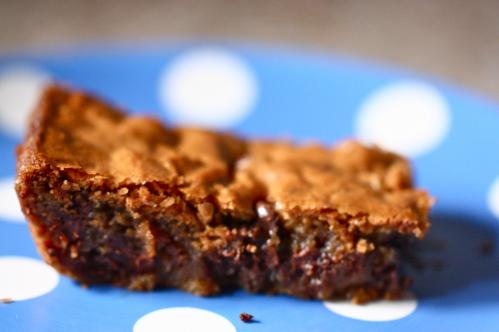 Disregard all that unnecessary information and just make these blondies. Stat. Why? Because they really are top notch and turned out even better than I ever could have anticipated. These bad boys are rich, chewy and studded with dark chocolate chips and hints of caramel and vanilla. They’re stellar on their own, warm out of the oven, and even better after dinner topped with vanilla bean ice cream. They’re chocolatey enough to lure even the most adamant brownie fan, and plain enough to win over a vanilla lover’s heart. 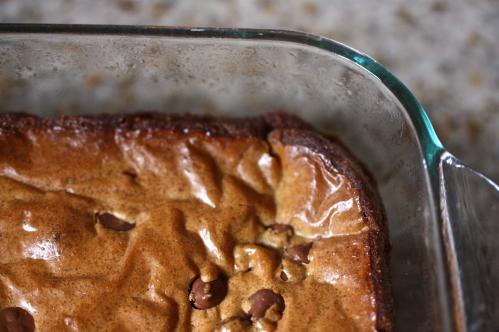 Next time you’re craving a cookie, try a blondie. Trust me on this one. 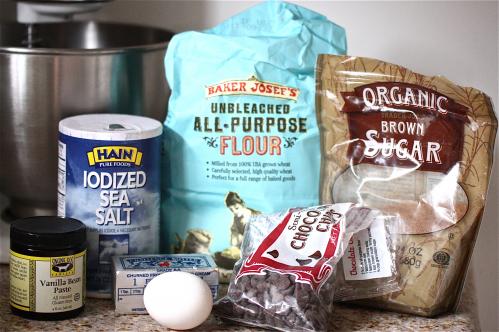 Start by melting one stick of butter. That’s eight tablespoons but the way I look at it, my chocolate chip cookie recipe calls for two sticks of butter so these blondies are practically health food.

Don’t question my logic. Just go with it. 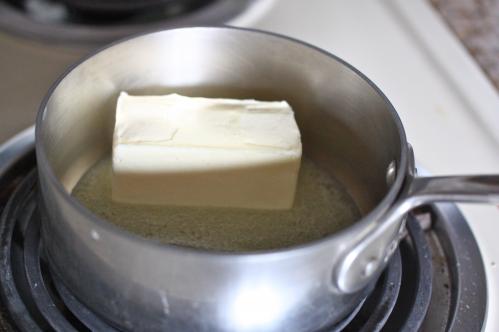 Once your butter has melted, pour it into a bowl with one and two thirds cup packed brown sugar. 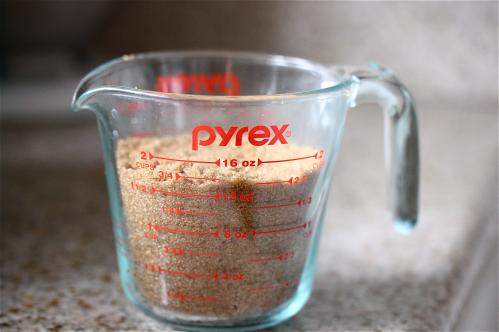 Just an island of sugar floating in a sea of butter. No big deal. 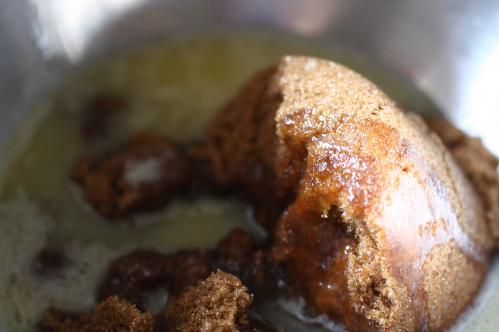 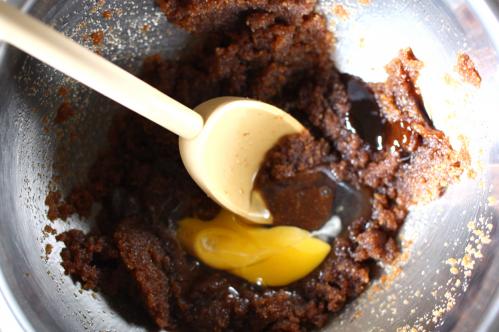 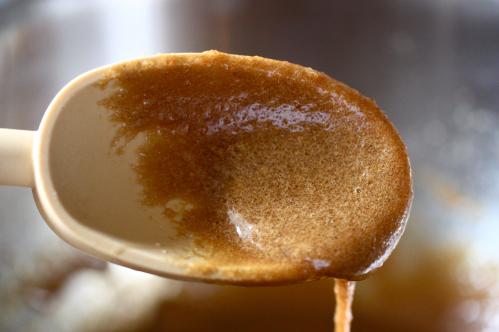 Add one level cup of all purpose flour and gently stir but be careful not to overmix! 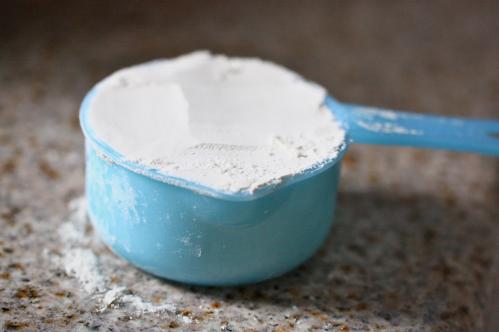 And now fold in chocolate chips! To be honest, I don’t measure my chocolate chips. If you need to know these things though, measure out a half cup and dump ’em in. 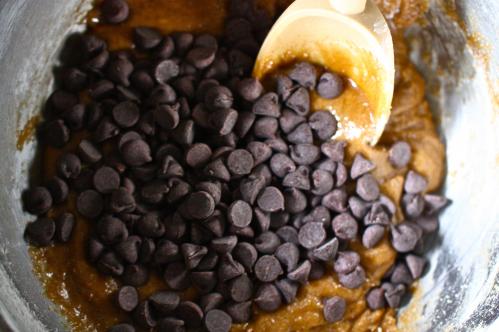 Then pour into a greased eight by ten inch pan and bake for thirty minutes at 350 degrees. 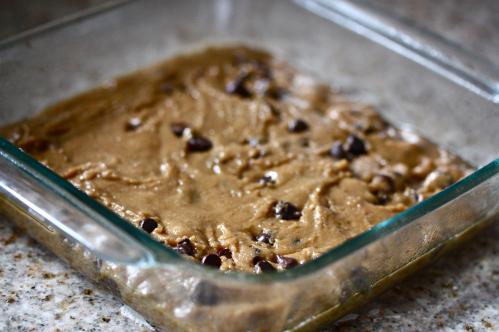 You’ll know the blondies are done because they’ll start to pull away from the pan and turn a rich golden shade. To test them, stick a fork in the center and and see if it comes out clean. 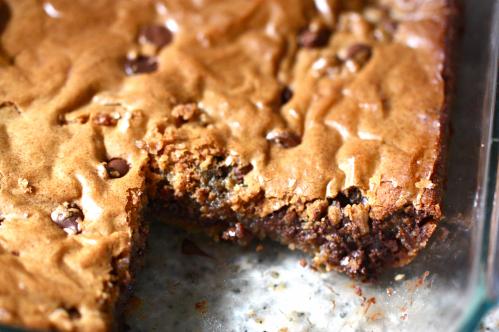 Now that I think about it, blondies are sort of the lazy girl’s cookies. The ingredients and preparation is (almost) the same but instead of taking the time to neatly drop each blob of dough on parchment paper, all you do is dump it in a greased pan and call it a day. And if that’s wrong then I don’t want to be right. 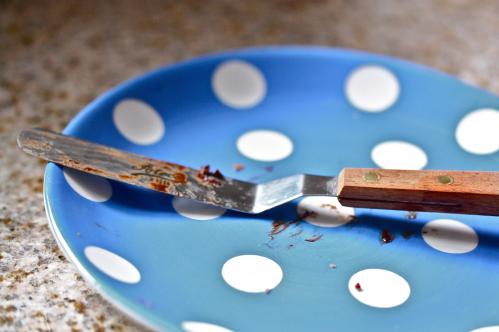 Melt the butter and add to the sugar in a large bowl. Stir until well combined and then add the egg, vanilla and salt and stir again.

Add the flour and gently combine, making sure not to overmix. Fold in the chocolate chips.

Bake at 350 for about thirty minutes, or until the blondies begin to pull away from the sides of the pan and turn a deep golden color.

chocolaterecipes
September 17, 2010 By jenna
135
Cookbooks That Inspire One Year Ago

So Close Yet So Far… 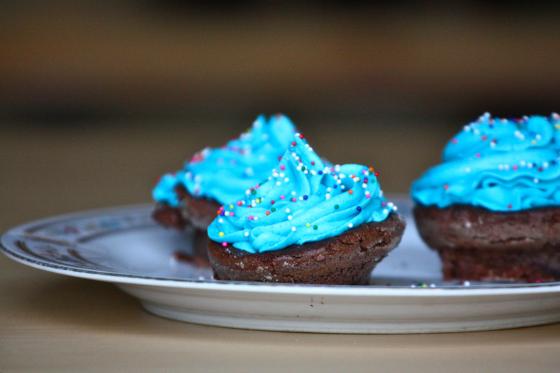