Well, I’m glad I’m typing because I have completely, totally, 100% lost my voice. Gone. No more. I can’t even whisper. Something happened at the wedding and it’s just gone. I felt awful because there were so many people I wanted to have a conversation with but nothing came out except a scratchy faint roar. Blehhhhh

We did have a good time though, regardless that I was a mute, sick girl. I just adore any and all weddings!!!!!!!!! The bride was Catholic and the groom was Episcopalian and both of their pastors were there doing the ceremony together. It was beautiful. It was also cute because it was the bride’s parents wedding anniversary today as well. What a sweet idea!  Ryan picked me up from my parent’s house and we just had to snap some Christmas pictures together first—- The reception at the Vinoy was breathtakingly gorgeous. They had put snowflakes everywhere and it made me really want to get married in December (but not on the same day as a Gator game or Ryan would kill me). I just loved it. I had a glass of red wine and picked at some stone crab claws that were laid out for appetizers

I had another glass of wine as I watched the game, which we found on a tv at the reception…everyone was huddled over it of course!

It was hilarious because of all the people at the wedding, we randomly were assigned to sit with 10 bama fans at dinner! I was in heaven and Ryan was not speaking until it was clear that the gators were going to win (blahhhhhhhh). The guy next to me had a cellphone that got live tv on it so we all watched the game while we had dinner. Speaking of dinner, here was the cute menu— 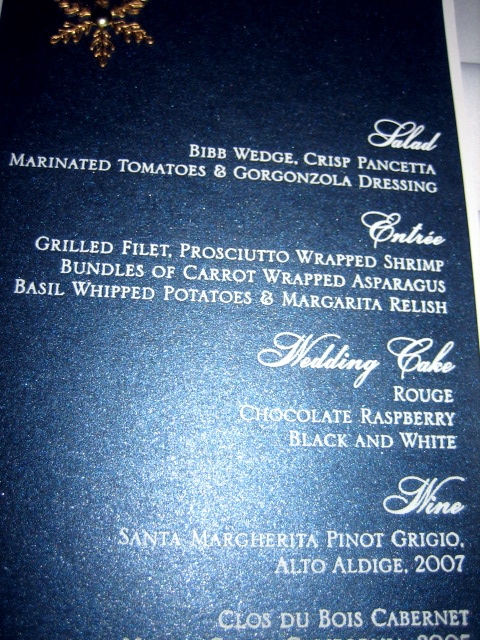 Dinner was filet, prosciutto wrapped shrimp, veggies and basil whipped potatoes. Honestly, it did not taste good to me at all. I probably ate about half (and it wasn’t a large portion). I did eat a roll that was unpictured though.

And then there was cake. They went with the whole snowflake theme and the cake was blue and covered with snowflakes! One of the other wives at the table and I were lamenting on how the other tables had received cake and we hadn’t yet and so her husband (who was HILARIOUS) actually went over and grabbed the tray with the cake slices and served us himself. It was soooooo funny….at least we got our cake! 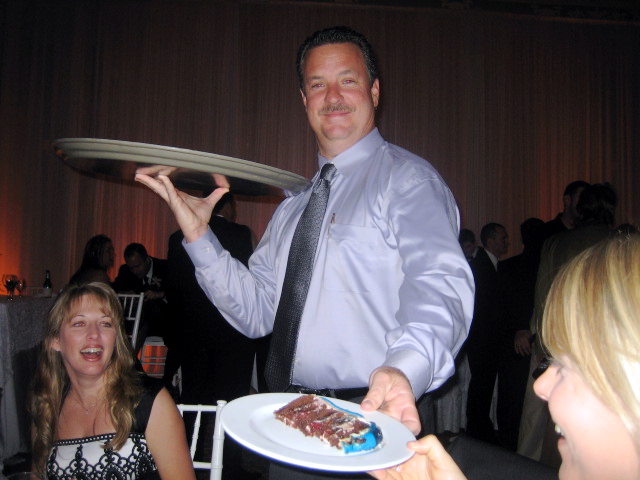 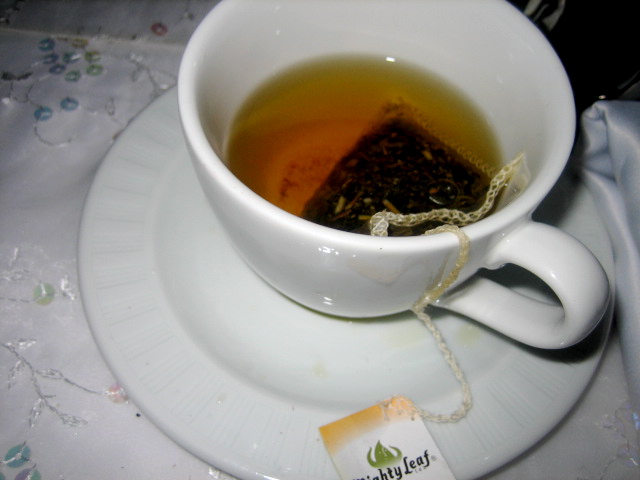 The cake wasn’t my favorite but I ate it all because I was pretty hungry from not eating much dinner (and drinking two glasses of wine).

We ended up leaving around 9:00 because I just couldn’t go on any longer. I needed some niquil and my bed—asap! We did snap a picture before we left though: 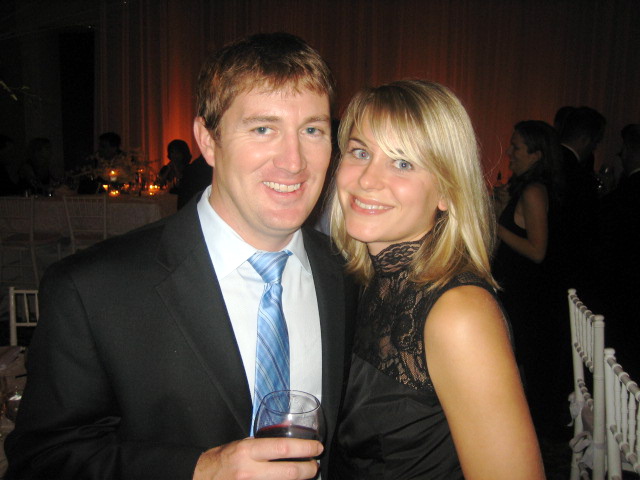 Ryan just spoon fed me some tylonel cold pm so I’m about to be out for the count. Tomorrow should be a pretty relaxing day and I’m hoping we can go to the movies at some point because I really want to see Four Christmases! I hope you all had a fantastic Saturday night and I will see you tomorrow! Hopefully I will be able to speak again soon!!! 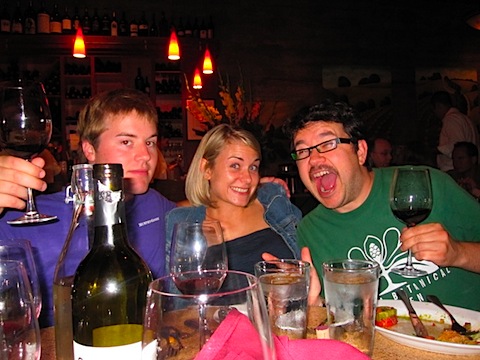 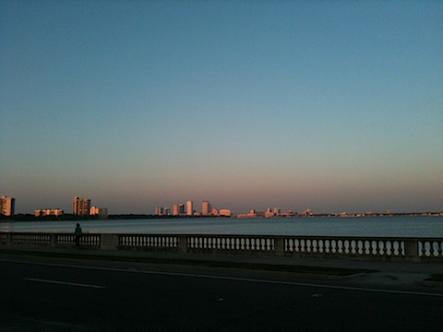