Oh, friends…….you all have been so wonderful with your comments that have actually brought tears of kindness to my family. I don’t have too much on the food front, less for some pictures at the end, but since this is a blog and I am a writer, I need to write. Part of me is ANGRY that this accident happened, that maybe it could have been prevented somehow, some way. John was over at his friend’s house…his friend has a gun, who knows why. The gun was out, John picked it up to look at it and it accidentally went off in his lap and shot him through the head. There was no chance at self-infliction from the angle at which the gun went off and the nature of the accident. It was stupid, it was freak and now he is gone forever because of it. When I got the call I just screamed. I did not cry, I just screamed and screamed and screamed. I screamed all the way to the hospital, all the way into the emergency room and did not stop screaming until I found my dad there. They say when it rains, it pours, and my mom has just landed in New Mexico for work when she got the call. She did not make it home until 8:30 yesterday morning, eight hours too late to say goodbye to her son.

So I sat with John. I sat with him while he was in intensive care but he was not the brother I knew. His body was there but his spirit had already left. I held his shoulder and then his heart when he finally breathed his last breath and I thought that NO sister should EVER have to watch her little brother leave this world in such a tragic way.

Ryan deserves the award of the year, holding John’s hand in the trauma unit when he had just arrived via ambulance and hadn’t even been cleaned up yet. I was too much a wreck to see John in the ER (maybe I should have?), so Ryan went in my place and held him and told him we loved him. Ryan said he saw a tear come from John’s eye, and because I know he was in zero pain and never felt a thing, I know the tear was because he heard our words to him. Ryan’s mom took the place of my mom and sat with John the entire night until the end and his dad and sister were such a comfort to my dad and I. When it had finally ended I just felt so numb, so cold, so….dead.

I came home and ate a cold turkey sandwich on sourdough bread and tried to sleep, but of course could not. Instead I sat downstairs with my dad as we both cried silent, choking tears and he made arrangements for all of John’s organs to be donated, which is what he would have wanted. John hated for any person or anything to ever feel pain or discomfort. His world was perfect and his goal in life was to just make us laugh.

The rest of yesterday was a blur. My three best friends arrived…Christie drove all night from New Orleans and picked up Peggy in Destin on the way. Helen arrived last night with her mom after her shift as an Orlando police officer had ended. Family poured in and more will come in today. And John’s school has been so amazing. Let me tell you guys, John was SO loved. All night at the hospital, kids were pouring in. They sat all around the emergency wing…huddled around elevators and praying on the cold floor, palms pressed together and eyes squeezed shut. They hugged me and I memorized each and every name to tell John in ICU later on. Yesterday John’s school canceled their annual fund meeting and, instead, brought all the catered food to our house. I HAD to take pictures, yall, because it touched me so much and was so beautiful. 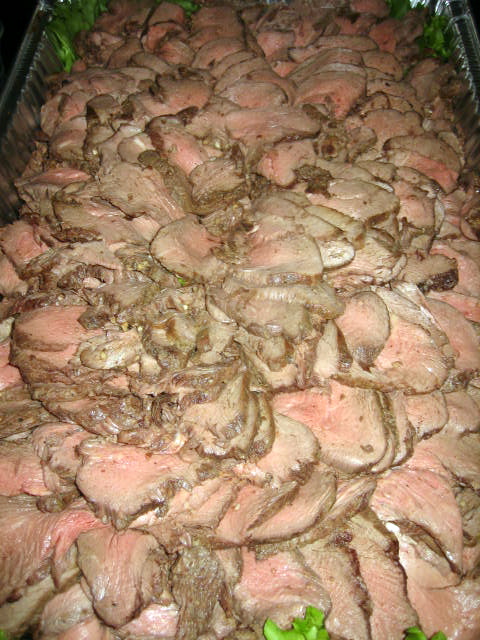 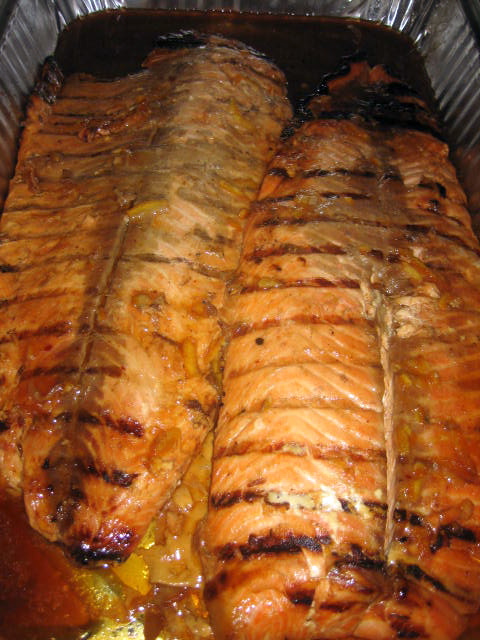 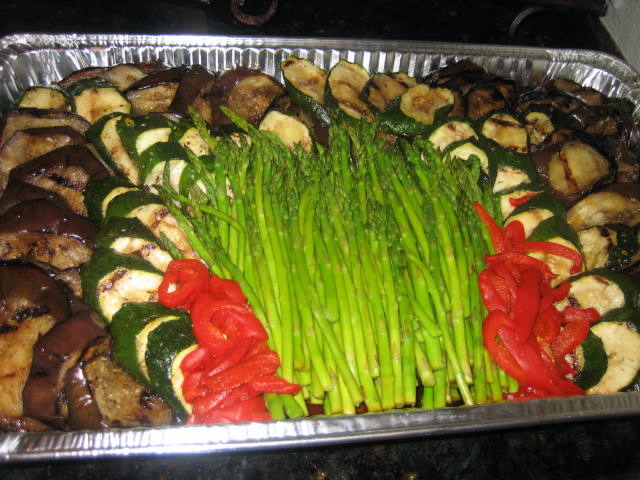 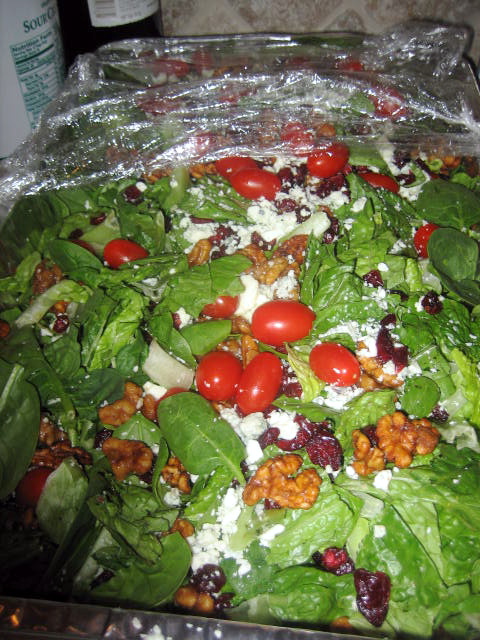 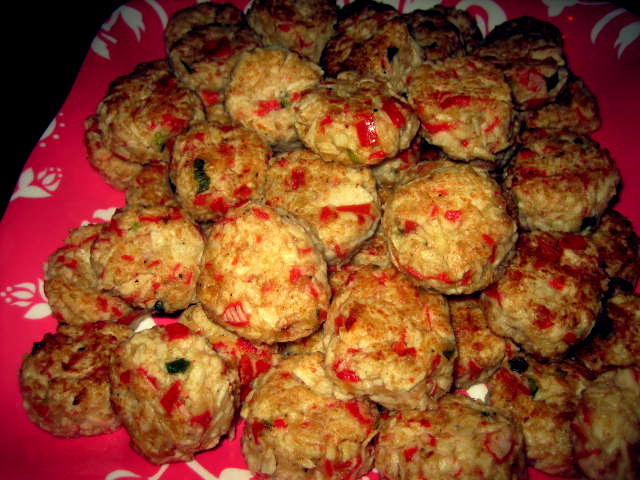 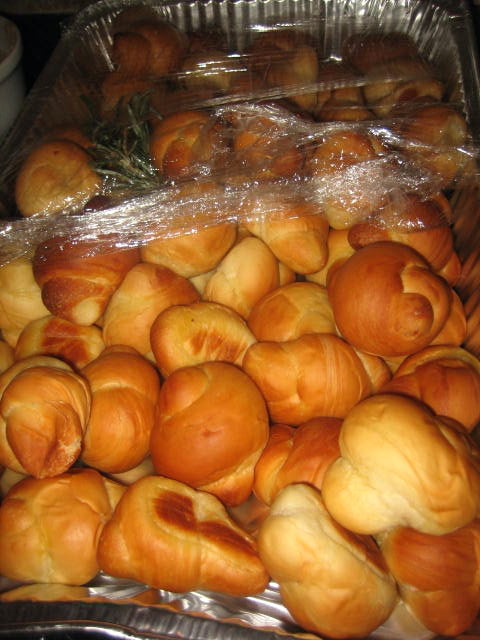 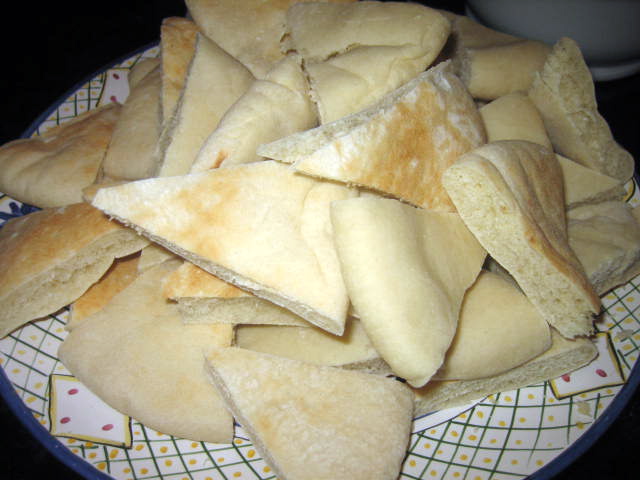 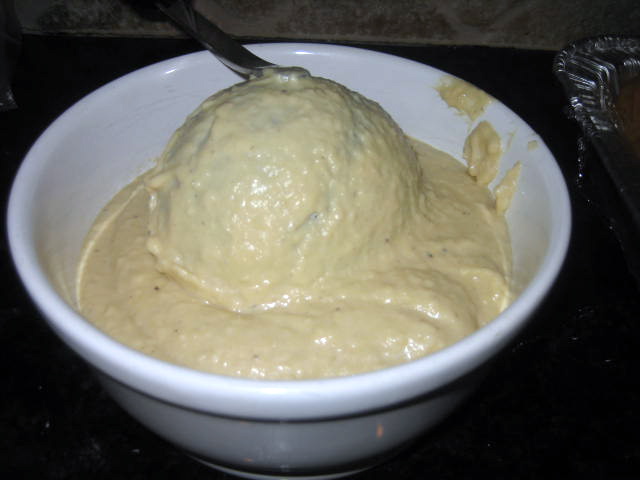 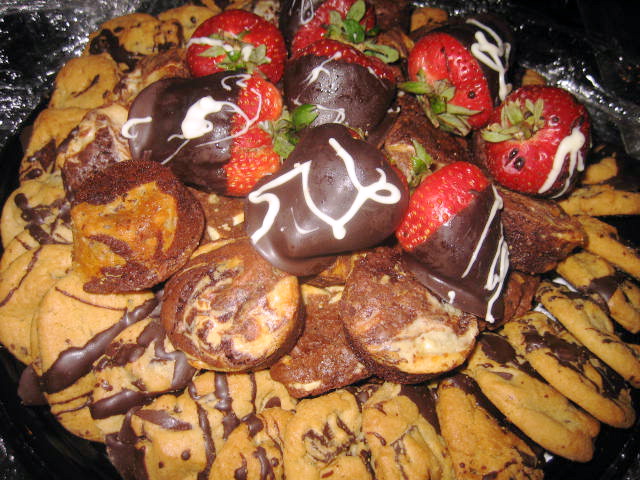 (those chocolate chip cookies were AMAZING…the best cookie I’ve ever had? I ate two and no creation of sugar and butter has ever crumbled so richly on my tongue) 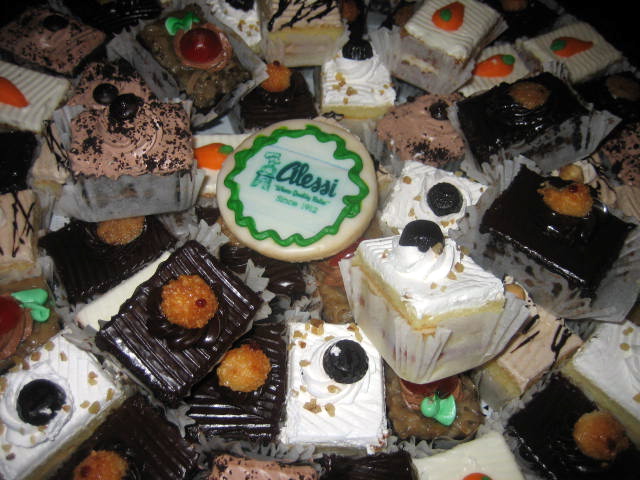 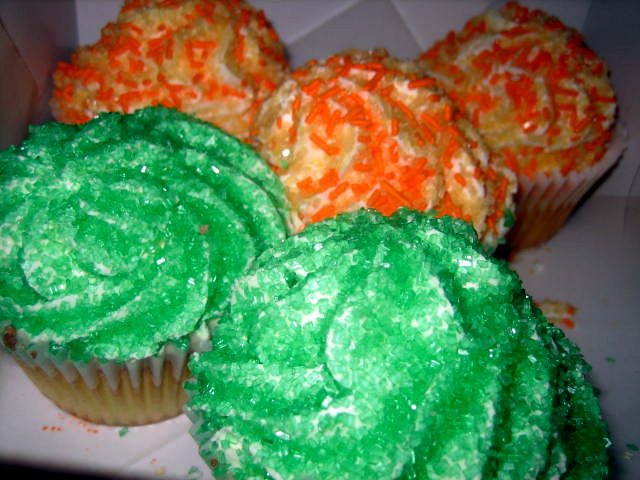 Friends, I’ve never lost a loved one. Never even lost a grandparent before. I am in just awe of how the community has reached out to us like this. Of course I didn’t eat very much yesterday…..a peach Chobani and half a Panera bagel for “breakfast”, a piece of sourdough with almond butter for “lunch” and then for dinner I made this plate of food but really did not eat very much of it as delicious as it was!

I’m finding that I crave sweet foods…..cookies and cakes, as bad as that is. My diet is, obviously, the last thing I’m worried about right now because you know what? Life is way too short. If someone would have told me that yesterday was my brother’s last day on earth I would have looked at them like they had lost their mind. Still, I fight for breathes in gasps and sometimes pinch my arms until a red welt appears just to know that I am truly living. And he is gone.

I’m sorry if reading this post has caused a damper on your Sunday. It was more for me than you, anyways. Writers write, especially when I can do nothing else. Writing has always been my air and right now I feel like it has saved me from drowning. Today I will work with my aunt to figure out funeral arrangements but I hope to escape at some point and swim some laps at the Y. I need to feel the cold water on me and just be alone. Oh, how I wish I could run. But I plan to run my race in San Fran in John’s honor since he wanted so badly to run but never was very good. He would want me to run and would want me to run STRONG.

John loved life so much. His favorite thing ever was surfing and he would wake up at 5 am and race to the beach, just to check the tide. After school he would give out surfing lessons to friends around town. John also loved animals. He was about to do his senior internship at a vet next week and two weeks ago when he came home from his interview he came to my mom and said, “Mom! They have this stray kitten named Mikey. He’s THIS tiny (he holds up his hands to form a small circle), and he doesn’t have a home….I said ‘I have a home’!” Of course we laughed but John was insistent about adopting Mikey and giving him a home just because he didn’t want Mikey to be alone. We still plan to adopt Mikey in John’s honor and hopefully will get him in the next few days. Its what John would have wanted. 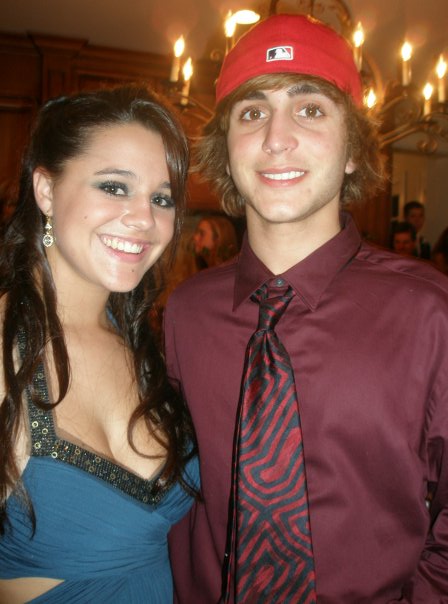 This picture was taken at John’s homecoming his senior year. I love it because it is just so John. He LOVED hats and wore them every where, even though I told him he looked like a dork most of the time. John always said, “Jen, put me on the blog!” and I just laughed him off, telling him it was a food blog as I expertly arranged the lighting and snapped pictures of apples and pasta. Well, I should have put him on the blog more often and now, John, you ARE on the blog. I love you so much and I don’t know I’m going to get on without you. 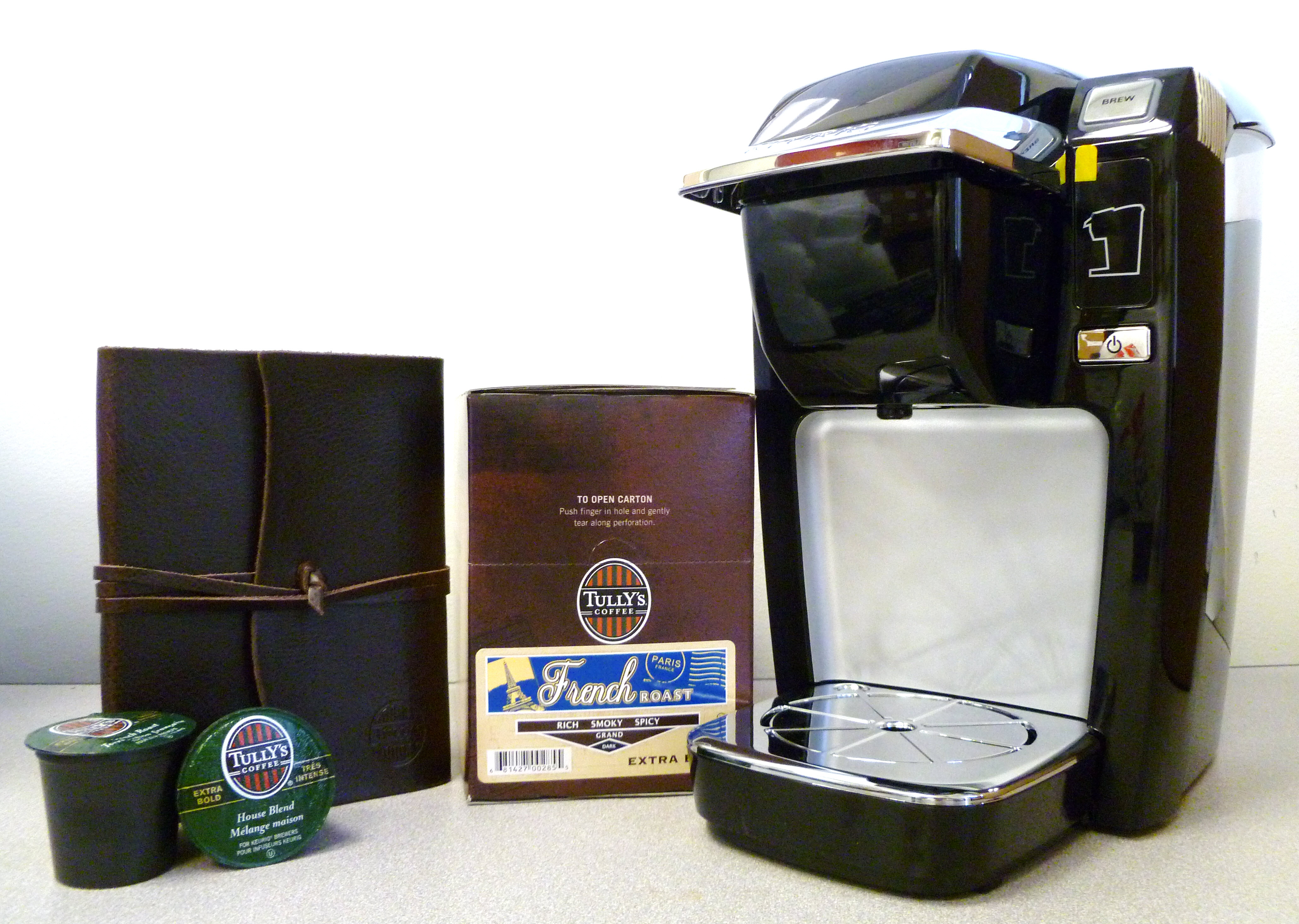 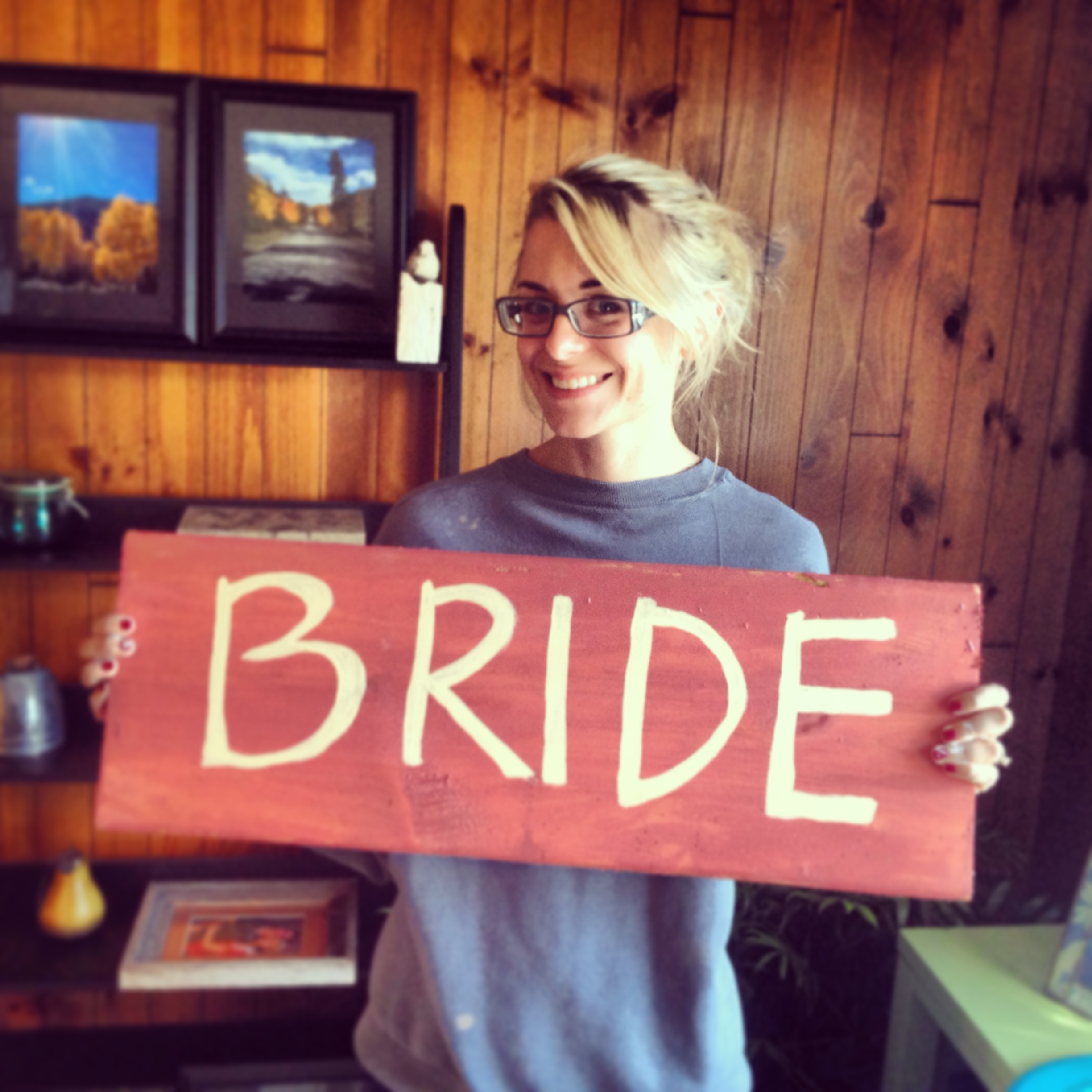 Three Weeks Out: How I’m Feeling 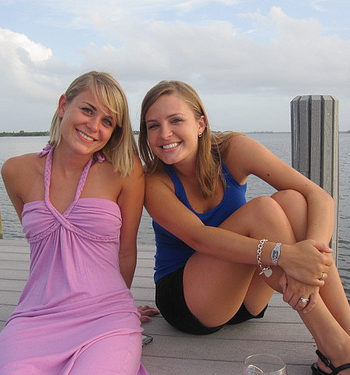