I have had such a stressful day! My job really is the furthest thing from being stressful, but today I just had a bunch of little stuff to do and there was an event at the restaurant so I had a hard time getting everything done….and someone I work with asked me if I could work for him tomorrow (instead of have the day off) because he has a school related event….so I said yes because he’s working for me all next week while I go to NC so it’s only fair. SO—no day off tomorrow, no shopping spree at Whole Foods and no brighthouse guy :(. Since I’m working for him tomorrow, he’s working for me on Friday, which I guess will be better because on Friday I don’t have school either so I can just take the entire day to relax, food shop and fix this damn internet!! Only a few more days!! :\ I still am going to try to make it to the opening of Whole Foods in the morning at 9:00, even though I’ll only be able to stay about 30 minutes and that just seems like a sin. At least I’ll be able to pick up something fun to bring to work for lunch tomorrow. I’ll just have to go back on Friday to do all my shopping. It will be a little taste of whats to come!

Anyways, since I found out I have to work tomorrow and can’t buy groceries I panicked since I have NOTHING in my kitchen! I had to stop by Publix to buy some soymilk because I’m all out of that and it can’t wait until Friday! I guess my meals during the next couple days will be interesting…as I dig deep into my pantry! I’m just being dramatic—it won’t be that bad, especially since on Thursday I’m going out to dinner with my friends before school. We are going back to the Indian restaurant we went to about a month ago. So good!

Tonight I pulled together a simple Indian-inspired meal of basic red lentil dal, whole wheat pita and a salad. A glass of wine as well because lord knows I needed that tonight! For the dal, I just simmered 1/4 cup red lentils with 1/2 cup veggie broth and about 1/2 cup chopped tomatoes for about 15 minutes. Then, I added a dash each of coriander, curry powder, salt, cayenne and garam masala. I ate it with a warmed up whole wheat pita for a complete meal. For a snack later I’m thinking about bringing another big baggie full of red grapes along with pretzels. 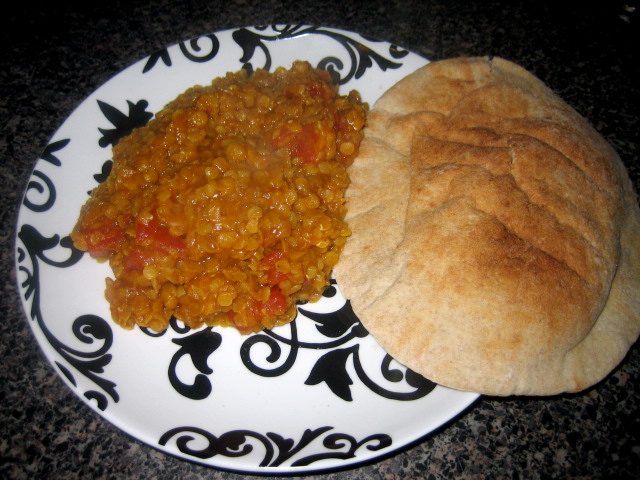 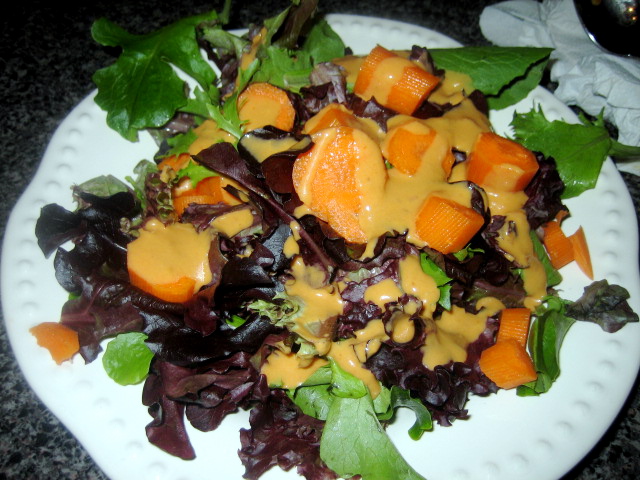 Here’s a question for the crowd: if you had to pick, what was your absolute favorite meal you have ever eaten and why? I’m re-reading Mireille Guiliano’s book “French Women For All Seasons” and trying to get back to eating more for pleasure (like the Parisians) rather than just eating on the run or eating something I don’t really feel like having. I’ll go first:

My favorite meal EVER was the croque-monsiur and cafe au latte that I had upon arriving in Paris last summer. I just got off my all night flight, hadn’t eaten anything and was very cranky, tired and hungry. My mom and I stopped into the first cafe we saw near our hotel in the 6th arr. All they had to serve at that hour were croque-monsiurs and coffee. Yes, I was a vegetarian but lord, was I hungry (don’t hate me, people!) so I dove into that hot ham and cheese sammie and that warm coffee like it was nobody’s business. I still remember exactly how it tasted and how warmed I was after eating. It was such a simple meal but goes down in the books as being the best ever. 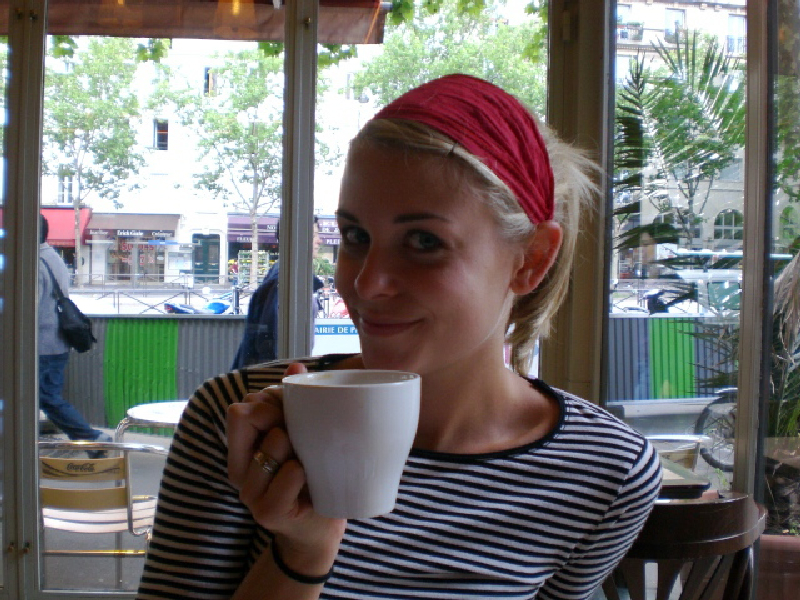 I was so tired!

A good dinner on a dark and snowy night… 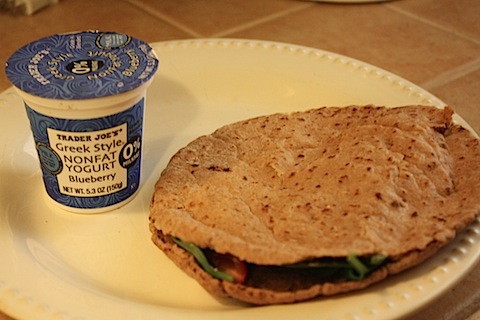