I’m sitting outside on my steps again to pick up some internet service :(. The brighthouse guy PROMISED to come tomorrow between 10-1 and since it’s my day off, I’ll be there to let him in and hopefully he can fix the problem. This is quite frustrating!

Finally some pictures of my chocolate modeling cake! 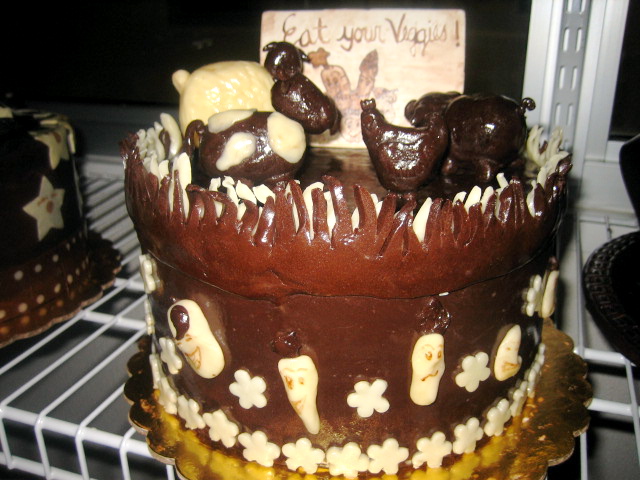 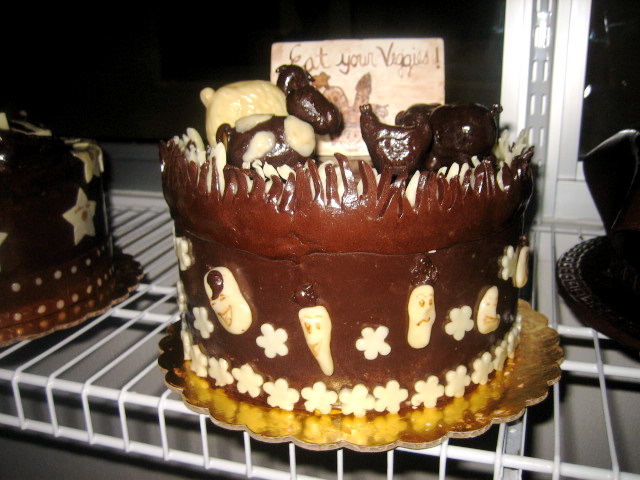 It turned out okay….I’m happy with it except I don’t really like the grass border that I did. I liked it at the time and now that its on display I wish I hadn’t done that because it doesn’t give it the clean finish I was hoping for. I guess its a rather humorous cake anyways though so it doesn’t really matter.

I didn’t work out this morning because I was really tired and my bed just seemed like a much better place. Don’t you love mornings like that? I woke up on time to go to the gym but I decided I would rather take my time and lounge in bed a little. It felt good! When I finally got up I ate my breakfast: Muesli! 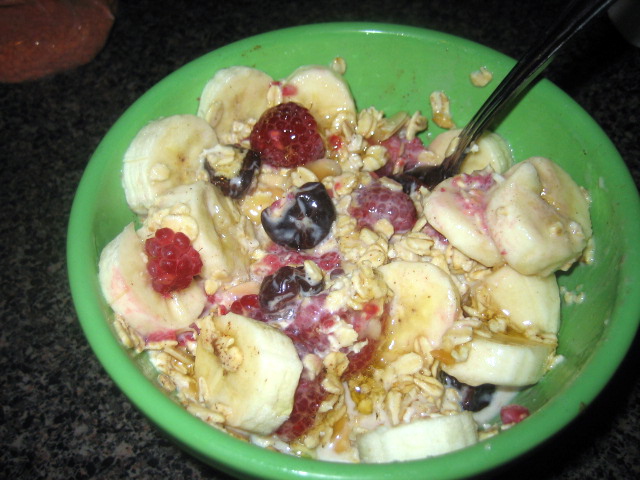 Last night I combined 1/2 cup oats with 1/2 cup soymilk, about 2 tbsp of toasted almond slivers, a couple tbsp of dried cherries and cinnamon. When I got up this morning I added a sliced banana, some raspberries and drizzled the whole thing with agave nectar. It was SO good!!!!!! I used to add greek yogurt to this and I’ll admit that addition does make it very creamy, but it is still good without. I will definitely be eating this combo all summer long because it lets me have my oats without dying from the heat and feeling full and bloated. Yum!!

Today is one of those days before I go grocery shopping where I just don’t have anything in the house for lunch!! I even contemplated briefly stopping at the store and getting a sandwich to take with me just because I didn’t have anything! Whenever I go to the store I always buy just enough for one week and its been about a week and 2 days I think since I last shopped. I like to eat and I run out of food quickly it seems! So, what does a girl do in a situation such as this? Pasta! 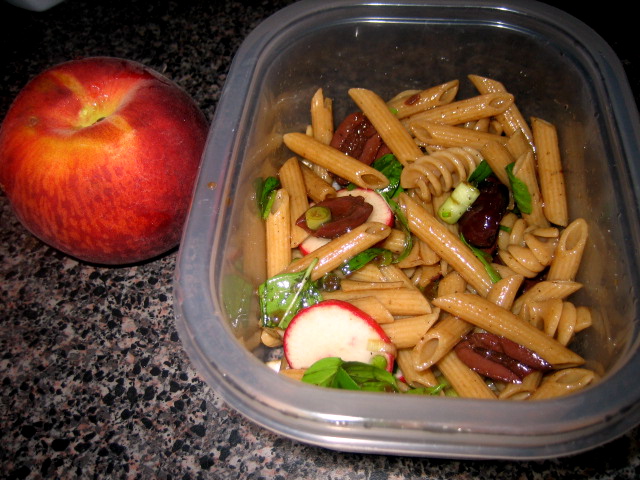 I made a summer pasta salad for lunch with kalamata olives, radishes, basil and scallions. Here’s the recipe:

pinch of sea salt  and crack of pepper

1. Cook the pasta in salted boiling water. While its cooking, combine the radish, scallions, basil and olives in a bowl.

2. When done, drain and cool down by running under cold water.  Add the cooled pasta to the radish/scallion mixture.

3. Add the olive oil and vinegar and toss gently. Add salt and pepper to taste.

This would also be really good with cherry tomatoes! Maybe next time I’ll try that combo! I also packed a peach for dessert and peanut butter pretzels for a snack later. 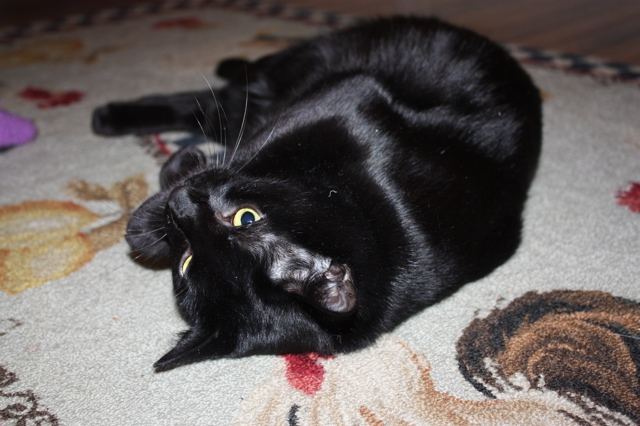 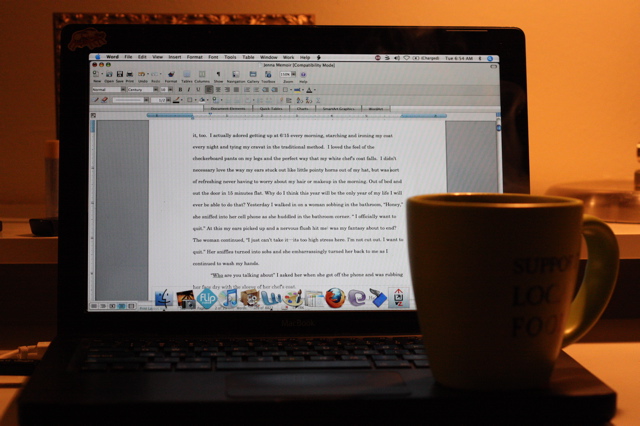