Tuesday, Tuesday….I can’t get over how crazy it is that it is already June (and my birthday is next week! hehe). A year ago I was getting ready to travel to France and had NO idea I would be attending culinary school and moving to Orlando. Goes to show you that the future is so unpredictable sometimes. That can be a good thing!

Last night in school we got the privledge of attending a National Culinary Federation meeting that was being held at our school’s restaurant. It was a a big gathering of executive chefs and foodies from the area and was cool to be a part of. At the end of the meeting an executive pastry chef from a hotel around here did a wonderful sugar pulling demontration, and created this wonderful flower centerpiece—all with sugar! 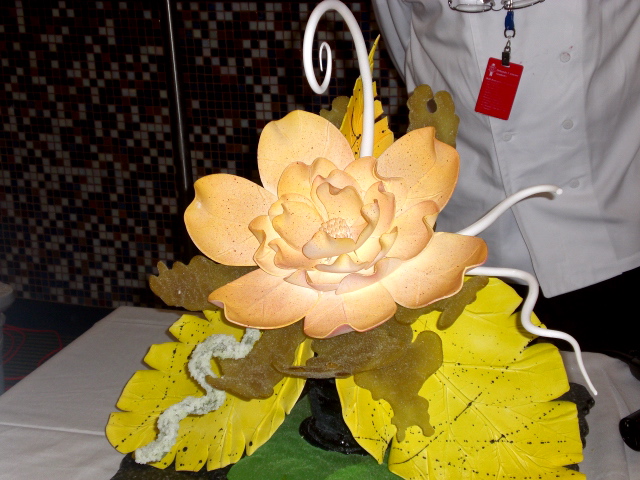 After the meeting and demo there was food, and it being 8:30 (4 hours after I last ate!), I was starving. I decided to forgo the snack I had brought with me and instead make a little snack plate at the buffet ;). I was not disappointed. There was a huge station with every kind of artisan bread you could ever imagine and also a wonderful olive station featuring olives from all over the world….deliciously fresh. I love olives!! On my plate I had a small kalamata olive roll, a couple different olives (almond stuffed, Sicilian, spicy, Greek blend…) and some fresh pineapple. It was great! The perfect snack—I could have gone back for more but I resisted! 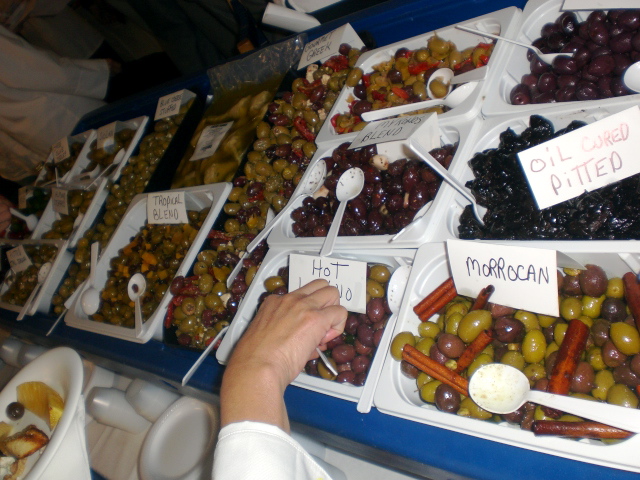 Since our class got cut short last night from the meeting we kept it light and easy, making crepes and unmolding our Charlotte Royals from Friday night’s practical. Mine actually turned out really good and I got a 96! It looks like a brain doesn’t it?! (not something I would really pick for dessert if I had a choice but its a classic) 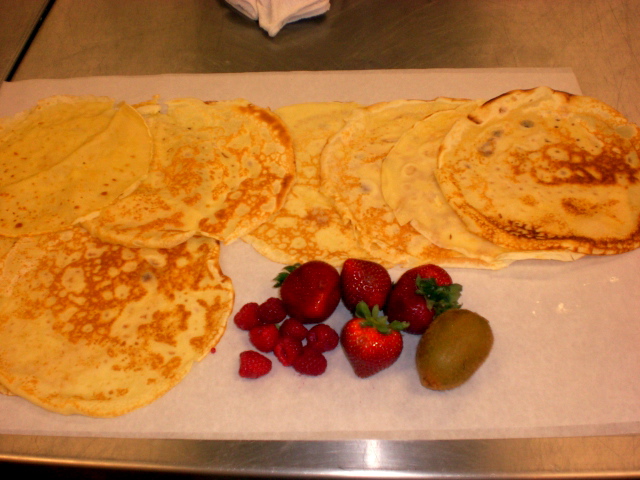 This morning, even though I didn’t get home until close to midnight last night, I forced myself to wake up early and hit the gym for cardio. I did 20 minutes on the treadmill—running for 15 and walking on a steep incline for 5. When I got back I finished off the box of Optimum Power cereal with the other half of my morning banana and soymilk. 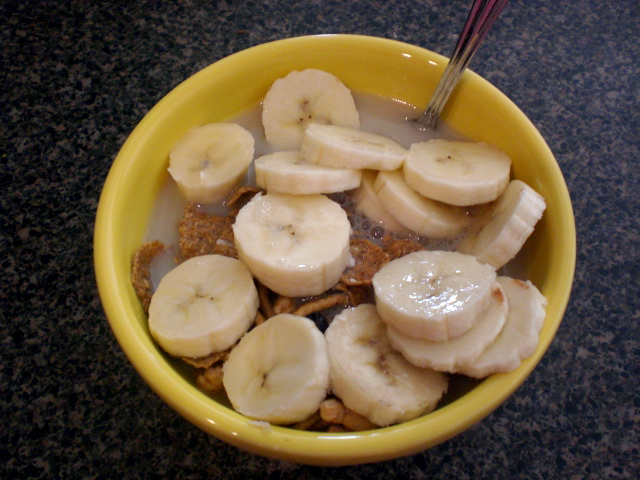 Now, for lunch I have something new. I really try not to really on packaged “convenience foods” very often and don’t like to eat too many fake meats. But this caught my eye because it looked really tasty, the ingredients were all super simple and all natural, it has like 15 grams of protein in it, and its very portable to take to work! All I have to do is slit open the top of the pouch and micro for 3 minutes. Sometimes these things work well when you just don’t feel like packing yet another sandwich for your lunchbox. I’ll let you all know how it tastes though! I’ve had chili by this brand and it was pretty good…With my meal I packed a juicy ripe peach and for a snack later, popcorn and a pear. This popcorn was on sale at the store, buy one get one free. How could I resist?! And kettle korn is my favorite…;) 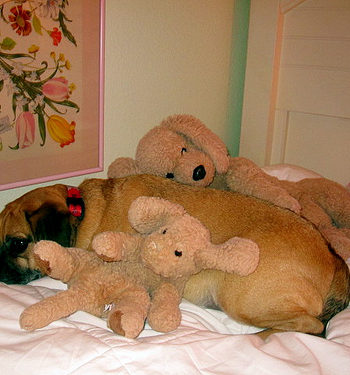