600. That’s how many filled the Sanctuary yesterday to remember my little brother. Can you even begin to believe it? 300 of them were students and the other 300 were just friends, neighbors, acquaintances…..it was amazing, really. One of John’s best friends had a lei sent over straight from Hawaii yesterday morning and he draped it across the poster of him at the front door….and others had wrist bands made (the lifestrong type but with John’s initials) and car magnets. So many students wearing a yellow ribbon because it was John’s favorite color and the Tampa Prep Chorus sang the opening song….all those boys wearing their dark sunglasses while singing so no one could see their tears. I actually did not cry once at the memorial. Neither did my parents. I sat there with one hand tightly intertwined with my mom and the other with Ryan, who wrote and read the most beautiful poem to John I could ever imagine.

We all agreed that you NEVER wish for a funeral, but it could not have gone better. Everyone came back to our house afterwards and I kept thinking to myself, “John would love this”. He loved when everyone was together…I hope and pray he was watching down at all these people that came from, literally, all over the world just to see him.

I wore exactly what I saw appropriate: The blue ocean dress with a bright flower in my hair. John’s beloved surfboard is now mine and you better believe I’m going to learn to be the best surfer possible so I can surf the world for him. He wanted to surf Costa so badly and I’m going to do it in his honor (and when we have enough money to actually go!). Ryan is going to teach me and I think it’ll go really nice with the new tattoo I’m getting on my wrist…...a wave with a cross inside for John. I can’t wait to get this tattoo.

I tried to start yesterday morning as normal as one can possibly start the day of their brother’s funeral. I had a light snack and went for a run. One almond butter stuffed date + 1 regular date: I don’t know how far I expected to run but I could only make it 2 miles before I broke down and just walked. It was like every piece of life had been zapped out of me and my endurance was completely gone. I pray it comes back soon! I just got my first TNT email about our first social and am feeling excited about that and to start training with new friends. John would want that. Anyways, I was beating myself up a little bit about only running 2 miles but then I realized that the walk was what I needed! I walked down near the bay to clear my head and asked for John to show me a sign, any sign. Well, I’m not sure if he did or not but the image of the tattoo that I should get was burned into my head. I couldn’t figure out what would best honor John and during that walk I knew, a wave with a cross to symbolize John now surfing the waves in heaven. He was always searching for “that one perfect wave” and now he finally got it.

I got back and made some oatmeal, of course. This is 1/2 cup oats with 1/2 cup coconut milk, 1/2 cup water, berries and raw almond butter In the midst of getting ready later for the service, I had the best thing ever— One of the moms brought this over and woahhhhhhhhh, was it ever amazing. It was like a quiche but didn’t really seem to have eggs in it. Instead, the inside was creamy with goat cheese that contrasted with the sharp bite of fennel and sweetness of onion. I had a small sliver with blackberries but then went back for another tiny sliver because it was that good: I was so overwhelmed after the service with all those people at our home (there were hundreds at our house), that I didn’t eat until things had calmed down much later. When I did, I delved into the catered turkey sandwiches along with a scoop of delicious pasta salad and pineapple I also probably had two glasses of wine and two of these little turtle petit fours. Not sure exactly what it was, but it tasted like a brownie bite with a cheesecake top: And then I actually started to feel quite nauseous after all this. I managed to keep my composure during the service and reception but when everyone left, I totally had a breakdown. Oh man, did I ever sob. I passed out in the hallway and then sobbed into the dirt next to John’s car and my mom and aunt rushed out to hold me and keep all the ants from eating me. I cried and cried and cried and cried….probably the first good cry I’ve had since it happened. And, guys, I quit my job. I just couldn’t go back there after this. I couldn’t. I have never told any of you this because, obviously, I wanted to keep up my composure on the blog, but I really was miserable at my job. I sobbed myself to sleep countless nights during the past few months just because this job I was doing wasn’t me. The hours were awful, I never got enough sleep, I wasn’t advancing. I’m going to take this time right now to get back to my roots. And my root is that of a writer. Its what I’ve done for years and years and years, what I went to school to do and what I went to culinary school to do. I never wanted to bake bread at a grocery store, I never wanted to own my own bakery. Heck, I never even wanted to work in a restaurant. All I wanted to do since I was a very little girl was write and I’m going to get back to that. I’m probably going to be quite poor for a little while, and maybe I just had my first mid-life crisis, but when all this happened I knew I couldn’t spend ONE MORE DAY being unhappy in life. I’m starting over right now and you better believe I’m never ever waking up at 3 AM ever again.

So, after sobbing my eyes out, someone slipped me an Ambian and I passed out. I’m going to be doing some grief counseling with my family and I think that’s good. I need to know John is okay. This morning I woke up, dirt still rubbed into my palms and feet from last night and eyes red and watery. I fixed a simple breakfast of a toasted Ezekiel with raw almond butter and jam with berries and an orange. Except I didn’t eat the orange…going to save it for later. I’ve spoken so much about the sorrows but there are SO many joys!!!!! YOU, my friends, are the joys. I couldn’t get through this time without you. Caitlin, Meghann and Courtney were at the service yesterday along with so many of my friends here. Your support will never be forgotten. The best friends I could ever ask for.

I got THIS package in the mail, which also brought a smile to my eyes: The sweet friends at One Lucky Duck sent me over some samples of their delicious raw goodies to sample and review on the blog. I haven’t tried anything yet but am thinking I’ll break into the macaroons today. Reviews for everything will be up as I taste it! And, look, Sarma herself signed the book!!! I couldn’t help but grin! THANK YOU! And the dehydrator is still sitting in the back of my car, where I moved it on Friday right before I got the call from the hospital. That seems like an eternity again. If only we could go back a week. When all this settles down, you better believe I’m going to whip up some raw goodies. Why not? I don’t have a job now! I’ve got all the time in the world.

Today the big plan is for us to go pick up baby Mikey: And that’s it. More of John’s friends are coming over and we are all just going to start picking up the pieces. I’m going to try to work out later since I’ve done nothing but drink wine and eat cookies for the past week. 😉

I wish you all a very lovely Wednesday. I’ll be back later today to give you a Mikey update. Life is so precious and so, so short. In the end, all we can do is keep moving forward, taking pieces of the past with us so we never forget.

I’m going to end this post by one of my favorite quotes by Faulkner:

“The past is never dead. Its not even past”

everything
April 30, 2009 By jenna
165
How Could I Get Sick?! Spinning Away And Making A Difference 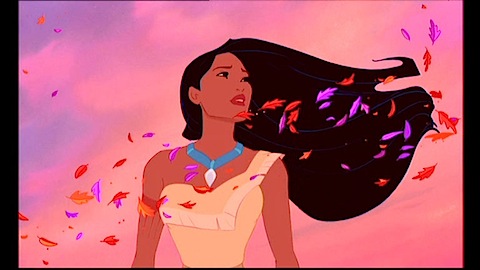