ribs and corn, oh my! 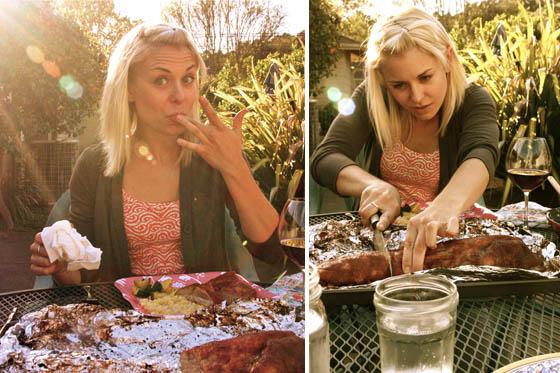 I have fallen in love. With ribs. Last night I made Steamy Kitchen’s cayenne cinnamon baby back ribs with maple glaze with Kevin and Amanda’s southern skillet corn and some summer squash. I had never made ribs before (I know…right?) and couldn’t BELIEVE how easy Jaden’s recipe was. It only took an hour, start to finish, and Adam and I both agreed they were some of the best ribs we’ve had. And we’ve had some ribs! No really, it was like crack. Not that I know what crack’s really like! It was pretty much creamless creamed corn and the corn kernels were so crisp and buttery in their own velvet sauce—between the two of us, we ate this entire skillet!

You guys really need to make this corn…tonight. It was such a wonderful Friday dinner. We both agreed that even though we consider ourselves to be “foodies” (whatever that means), we would take a homemade dinner like this at home over a super expensive and gourmet dinner out. There’s just something about licking barbecue sauce off your fingers in your own backyard that wins every time. I hope everyone has a lovely Mother’s Day weekend! Since, unfortunately, I can’t be at home with my mom, we’re going on a church retreat with our small group to Tahoe for the weekend.

behind the butter
May 7, 2011 By jenna
61
the pioneer woman's tres leches cake the wind blew south 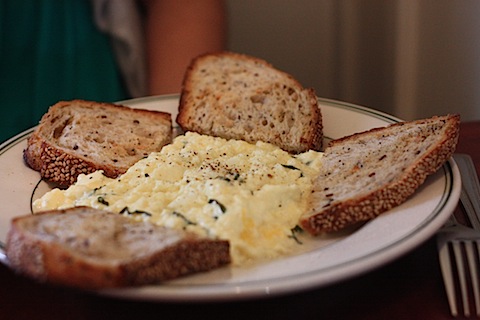 Last Night In My Early Twenties